Share All sharing options for: Bob McKenzie's Capital Slip Up 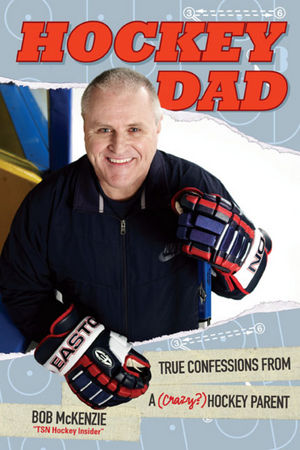 Today Bob McKenzie is best known for his

insight and commentary as an analyst for TSN’s NHL and international hockey coverage. Without doubt, he is one of the most well informed, trusted and connected men in the business.

I had that issue once upon a time, and remember busting a gut.

The column details the work of a group of Capital fans putting in time on a season ticket drive, among other things, to raise interest in the floundering club. The phrase "working countless hours" caught the eye, as the word "countless" had ommitted the "o" vowel.

In recalling the column, McKenzie told of the letters he received in response. They were numerous....and unpublishable, most likely.

One that stuck with McKenzie was quite simple. It reread the uncorrected phrase, followed by "Now that sounds like quite a sacrifice!"

In hindsight, damn good thing the Capitals did save their franchise!

Long before joining TSN in the late 1980's, McKenzie was the editor in chief of The Hockey News publication. Upon leaving the magazine to work at TSN, McKenzie authored a column on his best and worse moments running the magazine.

McKenzie avowed that his most embarrassing moment came after he had penned an editorial concerning the efforts of local Washington fans in their "Save The Capital" campaign of 1981.

The embarrassment came via the ultimate of no-no typos!