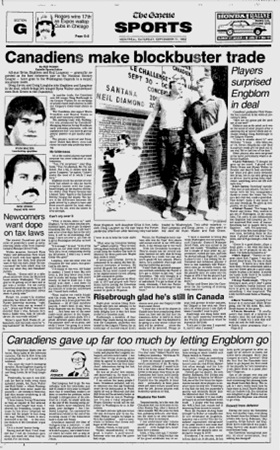 The NHL slogan for this present season's playoffs indeed states that "History Will Be Made", and in the matter of the first ever meeting between the Washington Capitals and the Canadiens, that may have already have been the case.

No hockey fan alive in the D.C. capital is likely to recall an AHL franchise named the Washington Lions, inaugurated in 1941. The club played for two seasons before its existence was interrupted by the second world war, and it returned to active play for two more years in 1947.

The Lions, the first big time hockey team to land in Washington, had a Montreal connection, in that they were heavily sponsored by the Canadiens, who then stocked the team with over a dozen affiliated players. They had been moved by the Habs to D.C. when owners of the Canadiens sponsored New Haven Eagles packed their bags from Connecticut after the 1940-41 season failed to yeild profits.

From 1939 to 1941, Washington was home to the EAHL Eagles, but when the Habs sponsored Lions hit town, they brought with them several players who had toiled in the NHL with Montreal, such as Murph Chamberlain, Polly Drouin, Tony Grabovski. Leo Lamoureux, Rod Lorrain, Georges Mantha, Alex Singbush, Louis Trudel and a dozen others.

During the 1941-42 season, all three of the Lions goalies had Canadiens ties, including Paul Bibeault, Paul Gauthier and Herb Gardiner. After the 1948-49 campaign, the Lions franchise were again on the move, this time to Cincinnati to become the Mohawks, while maintaining a Montreal player affiliation agreement.

A second incarnation of the Lions returned in 1954, playing three seasons in the EHL before evolving into the Washington Presidents. 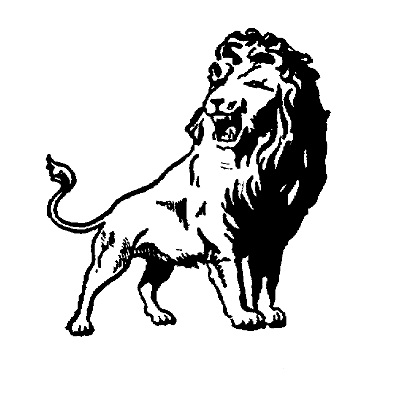 It is curious to note that not only did Montreal play a role in establishing and maintaining hockey in Washington in the 1940's, a later blockbuster deal, forty years after the fact, involving six players helped keep the Capitals from the verge of NHL extinction in 1982.

The date was September 10, 1982, and then Canadiens manager Irving ("What was he thinking!") Grundman, dealt all of disgruntled defenseman Rod Langway, pairing partner Brian Engblom, faceoff ace and future NHL ironman Doug Jarvis and utility forward Craig Laughlin to the Caps for former first round pick Rick Green and rugged grinder Ryan Walter. 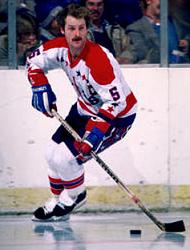 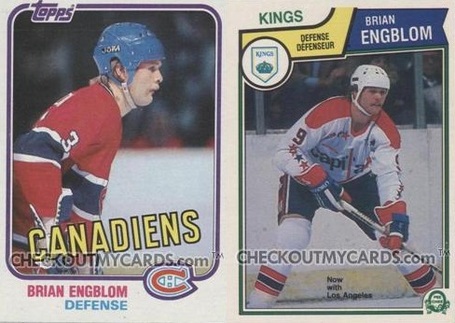 The trade sent shockwaves through Montreal, and helped set Washington on firm footing. Building their club around Langway's heady defensive prowess, the Caps began forgeing an identity. In short order, Langway would win two Norris trophies and Jarvis a Selke. The team that once wore white hockey pants would not longer be NHL doormats. 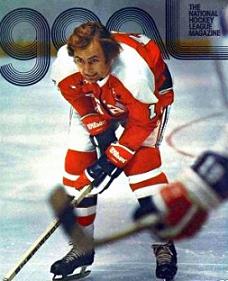 Contrary to what was feared in Montreal, Green and Walter, both often injured, eventually settled in nicely, helping the Canadiens to the 1986 Stanley Cup, as well as a return trip to the finals in 1989. Langway, for his part, continued on to a Hall of Fame career, the Capitals first.

Over the years, there has been 35 players who have worn both the Canadiens and Capitals jerseys, though most did not involve direct deals as in the six player mega trade.

Of recent note, many Habs fans were quite peeved when goalie favorite Cristobal Huet was sent to Washington for a second rounder in 2008. Huet, we well remember, was quite heroic down the stretch that season, helped the Capitals gain a playoff berth and almost causing a first round upset of the Flyers.

In retrospect, too bad he didn't, as Philly came back to upend Montreal that spring. Huet went unsigned of course, and Washington turned their hopes to another former Canadiens goalie, Jose Theodore, who was in fact chased out of Montreal by Huet.

The first player many recall as being both a Capital and Canadien was rugged defenseman Pierre Bouchard, who, thanks to a Grundman waiver wire mix up in the day, was not able to be reclaimed from Washington after having been picked up by the Capitals. The popular Pierre, son of Habs legend Emile "Butch" Bouchard, was distraught, and so were many of the favorite's fans. 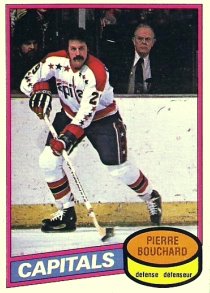 Waiver wire rules of the day did permit a club to trade a player back from the team that released him for a year, by which time all parties chose to move on. Bouchard played parts of three season with Washington.

Another colourful former Canadiens and Capitals player was Robert Picard, a tough and towering defenseman who never lived up. Picard, it must be said, was never the brightest bulb in the room, and his outspokeness and blank frankness often got him into trouble. His ways, lead to his hasty departures from both organizations.

Picard was never traded from Washington to Montreal. He arrived in la belle province via the Maple Leafs in 1981 after having been third overall pick by the Capitals in 1977. After three seasons in D.C., Picard admitted that he hated playing there. With the franchise's future somewhat in doubt, he signed a contract with WHA Quebec Nordiques that was voided. He further endeared himself to Capitals hockey fans by idiotically stating that he'd prefer to simply sit and eat pizza in Quebec than play the game in Washington. Fans pelted him with pizza slices at the next home game. 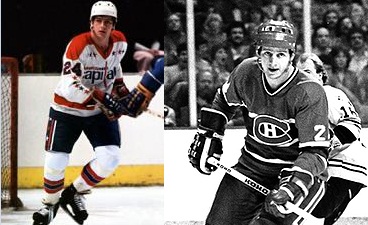 Shortly thereafter, Picard got his wish, and was dealt to Toronto for goalie Mike Palmateer. The trade was a terrible one for both clubs, and the Leafs dispatched him, again for a goalie, to Montreal, in hopes that Bunny Larocque would settle their net woes.

While in Montreal two short seasons, Picard never regained the form that had made him a feared Quebec junior league defender as a prospect. With the Canadiens, he was irregular, and in and out of the lineup constantly. His exit from Montreal was paved after a night (and morning) on the town with Guy Lafleur. Partying for several hours on end into early sunrise, Picard someone managed to let Lafleur slip away, and Guy, minutes later would fall asleep at the wheel of his Chev, almost killing himself when he hit a lampost on Highway 20.

That incident spelled the end for Picard in Montreal, who sent him to Winnipeg for their third round pick in 1984.

In the "History Will Be Made" category, how about this?

What if Picard had managed to snag Lafleur's car keys that fateful night?

The pick gained in the Picard trade to the Jets would turn out to be Patrick Roy!

After the jump, read the full September 1982 Gazette from the top of this post. 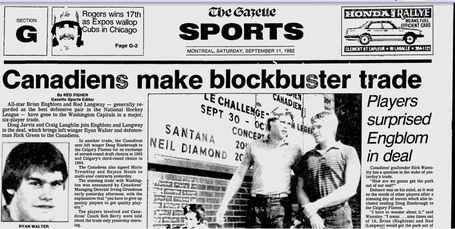