Share All sharing options for: The Juice on Newest Habs' Prospect Aaron Palushaj 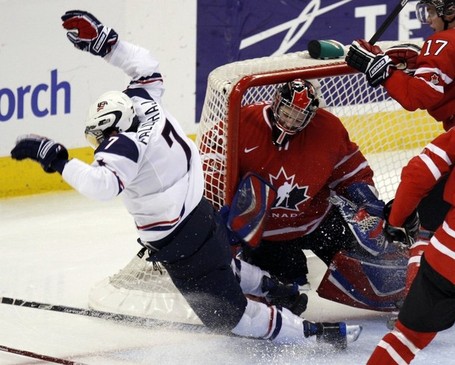 Late Tuesday evening when news broke that the Canadiens had traded forward Matt D' Agostini to St. Louis for prospect Aaron Palushaj, the first thing that likely went through every fan's mind was - "Who?"

By now we've all learned that Palushaj was drafted (second-round pick, 44th overall in the 2007 NHL Entry Draft) the same season as Max Pacioretty, who he played with the following year at the U of Michigan. He played in the AHL this season with the Blues affiliate Peoria Rivermen and is by all means an offensive forward with untapped talent, a bit on the small side.

He is said to have had an impressive training camp with the Blues this past September, a foot laceration in October and a high ankle sprain last month have slowed his progress this season. In 44 games for the Rivermen, Palushaj has a deceiving 5 goals and 17 assists, not including scoring five shootout goals in eight chances. in 2009, Palushaj played on Team USA for the U-20 World Junior Championship in 2009. 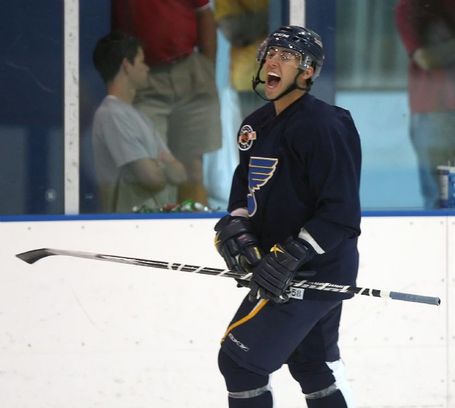 "To be honest, I don’t know why they dealt me, but it means another team wanted me so that’s a good thing. D’Agostini is a good NHL player, so it’s an honor to be traded for him. Hopefully, I can get to Hamilton and help that team keep winning, and eventually earn a chance with Montreal."

"I had ups and downs, had a few injuries, but I was coming along," Palushaj said. "It’s tough to judge where I was at, but I can’t do any more than give my best effort every game.

"I’m not disappointed with this trade. I’m looking at it as a new opportunity for me, and I wish the Rivermen and Blues the best."

For more on Palushaj, check out these links from Bluenote Zone (off season interview),Michigan Daily, Canoe, Hockey Future and others.

In an interview on Wednesday, Canadiens GM Pierre Gauthier admitted that the Canadiens have had their eyes on Palushaj for quite some time.

"He's a young player who played at the University of Michigan at the same time as max Pacioretty. He's a good offensive player, very strong from the blue line in. He works hard in the corners, comes up with the puck and has good hands around the net."

"Our scouts, particularly the amateur scouts in our organization had seen him play before the draft and thereafter at the University of Michigan. As well, our pro scouts had noticed him this season. There was a great of of support in the organization in going after this player." 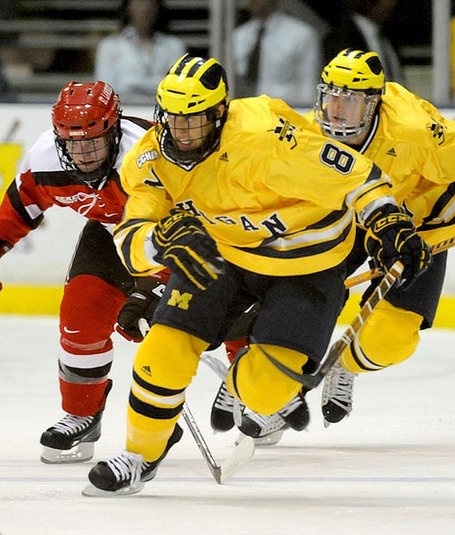 "Absolutely, I was surprised by this (trade)," said Palushaj late Tuesday. "I’m a young guy, watching other guys get traded, never thought I’d be one of them at this stage of my career.