It looks like another former Habs prospect is on the move.

TSN has announced that Matt D'Agostini was traded to the St. Louis Blues for prospect Aaron Palushaj. After the jump, there's a short breakdown on the deal.

It seems unlikely that Pierre Gauthier will attempt anything major before the deadline, but it's apparent he felt he'd seen enough of Matt D'Agostini. Matty started out as a promising winger, but never seemed to develop a consistent scoring touch with the big club. Given the number of veteran wingers, and his declining value as a prospect in light of the play by Ryan White, Tom Pyatt, David Desharnais and Brock Trotter, there was simply little role for D'Agostini to fill beyond that of a skilled farmhand.

In return, we'll be getting a younger prospect in Aaron Palushaj. Though he was a prolific scorer in college and the USHL, he seems to be having some trouble adjusting to the AHL. Through 44 games this year, he`s netted five goals and 17 assists, though to be fair, its on a bad Peoria team. A change of scenery could be beneficial. 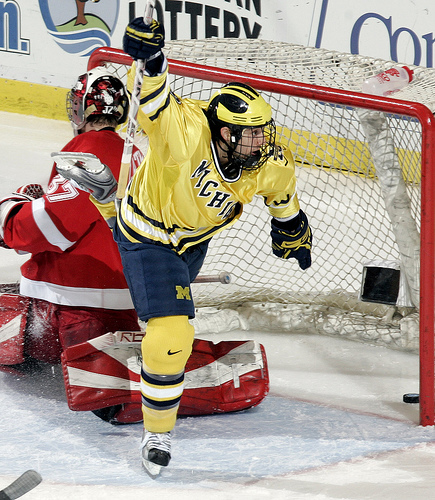 All in all, a minor deal, though with an upside from the Habs perspective. Palushaj could benefit tremendously, going from a last-place team to the first place Hamilton Bulldogs. Reviewing his bio at hockeysfuture.com, he seems to be a player with a solid overall game, a nose for the net, and a willingness to drive to the corners. Hopefully he'll thrive with the other young forwards already mentioned.

As for Matty, its disappointing to see him leave town like this. At one time, he seemed to be the energetic young winger who could add a spark to the team. However, he never seemed to find a good role with the Habs: not gritty enough to be a checker, but not consistent enough to play on the top lines. This season has been one to forget. He seemed to be getting increasingly frustrated, and his window of opportunity in Montreal was closing daily. All the best to him in St. Louis.

One final bit, which I'd like to open up for debate: what does this constant exodus speak of our development program? Is it working, and some players just haven't found a good fit? Or does there need to be some serious rethinking of player development and drafting?

A pic of Dagger, back in happier times: 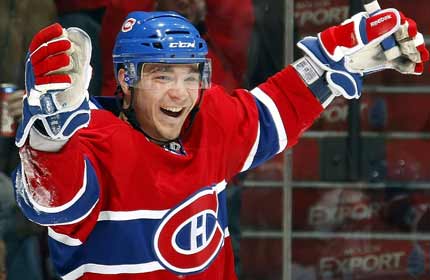