The Night Guy Lafleur Entered The Realm Of Habs Legends

Share All sharing options for: The Night Guy Lafleur Entered The Realm Of Habs Legends 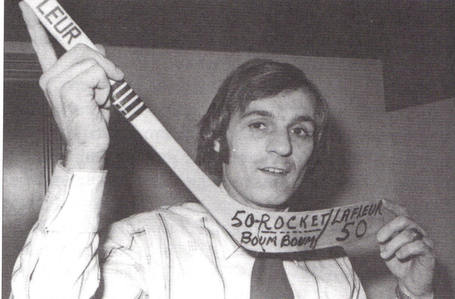 On this day, 35 years ago, Guy Lafleur took the first big step in establishing a legendary career. It was March 29 1975, towards the end of his breakout season, that Lafleur became the third Montreal Canadiens player (and eleventh NHL player) to score 50 goals in a season. Among Habs, Maurice Rocket Richard had set the standard thirty years before in 1945 with his famous 50 in 50 and Boom Boom Geoffrion equalled that total in 1961.

Lafleur’s goal came in the first period of a Saturday night game at the Forum in which the Habs defeated the expansion Kansas City Scouts 4-1. Taking a pass from his centreman Pete Mahovlich, Lafleur fired a wrist shot past goaltender Denis Herron while teammate Steve Shutt was tied up with a defenseman in front. As the puck went into the net, the fans erupted and gave Lafleur a standing ovation and threw debris on the ice which delayed the game for a few minutes. Television cameras showed a smiling Lafleur exchanging a handshake with Peter Mahovlich near the Canadiens bench while a big starry number 50 flashed on the television screen, similar to the big 500 had been shown when Jean Béliveau attained that career milestone, four years earlier. Watching the game on television, the Rocket called the Forum between periods to congratulate Lafleur and wish him well in breaking the record.

When asked by reporters after the game how he felt after scoring the goal, Lafleur expressed relief: "That's it. I said to myself. I got it. It's in," he told the media. In the papers, many people such as The Rocket, Larry Robinson and even goaltender Denis Herron said that Lafleur really deserved all the accolades for his feat because he had worked so hard in achieving it.

By this point and peak in his young career, the 23-year-old right winger finally became the spectacular superstar everybody was expecting he would become since he was drafted first overall in 1971. The 50-goal mark was an exclamation mark to a great season. Lafleur had already made team history three weeks before in a March 7 game at the Forum against the Washington Capitals by becoming the first Canadiens player to record 100 points in a season. That game had been Lafleur’s first game back after missing ten games due to a broken finger and he registered four points (2 goals, 2 assists) to reach the 100 point plateau (his linemate Mahovlich reached the mark two games later). Again, Lafleur received a thundrous ovation from the Forum crowd. A bit earlier that season, on January 26, Lafleur registered a 4 goal night in the Forum against the Pittsburgh Penguins and his former teammate, Michel Plasse.

Here is a short video montage of Lafleur’s 49th goal which he scored on a tremendous rush, one game earlier on March 26 in Pittsburgh against goalie Gary Inness (a 6-4 Penguins win), It is followed by the clip of the 50th goal against Kansas City. Unfortunately, I didn’t find the original play by play call of these goals.

Lafleur's record-breaking 51st goal came the very next evening in Boston against goalie Gilles Gilbert (see picture below). It was a third period game tying goal (the game ended 2-2). "Yvon Lambert made a terrific play on it," Lafleur told The Gazette. "He gave me the puck and I had a wide open net. I just made it fast."

Lafleur would score two more by the end of the season to raise his team records to 53 goals and 119 points in 70 games. Mahovlich finished with 117 points in 80 games and established team records for assists (82) and points by a centerman, both of which he still holds today. Lafleur and Mahovlich placed fourth and fifth in league scoring respectively. 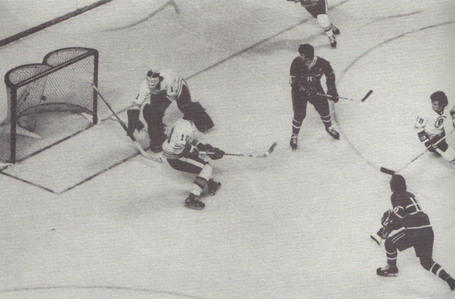 Lafleur would go on the become the greatest and most exciting player of the latter half of the seventies, racking up six straight 50 goal and 100 points campaigns, an NHL record at the time, that included improvements to his team goals and points records.

It was almost one year to the day, on March 27, 1976, when Lafleur again scored his fiftieth at the Forum against the Scouts and Denis Herron (Herron would be victim of a third Lafleur 50th in 1979). That season, Lafleur raised his Canadiens goals and points record to 56 and 125 respectively and won the first of his three consecutive scoring championships, and of course, the first of four consecutive Stanley Cups. Lafleur was the first Hab to win the scoring championship since Geoffrion in 1961. The following year, he set a new points record with 136 while Steve Shutt registered a new high of 60 goals, a feat Lafleur would match in 77-78. Lafleur won the Hart Trophy as the NHL's most valuable player both years.

Here is a short video montage of Lafleur fiftieth goals in 1977 (vs Buffalo) and 1978 (vs Washington) along with his sixtieth goal (vs Detroit) that same year. Again, I could not find the original play by play of these highlights.

During the 74-75 campaign, Guy Lafleur became the idol of a new generation of Canadiens fans (myself included as I was nine years old at the time). It was estimated at the time, that in one particular hockey season, Lafleur had become the subject of 600 articles. Superstardom had definitely arrived. Lafleur started to make various TV appearances and he was featured on the cover of various publications including the 75-76 Canadiens yearbook with Rocket Richard and Boom Boon Geoffrion and many others, such as the December 1975 cover of the french Hockey Mag shown below.

In 1976, the first of several books on Lafleur was published, written by journalist Yvon Pedneault (shown below also). This galvanization towards a new hero even shows up in a movie of the time. I leave you with a little clip from the 1975 movie The mystery of the Million Dollar Hockey Puck which features Canadiens and Lafleur highlights from 74-75. The clip pretty much sums up the excitement of Lafleur, pulling fans from their seats, as he had began the habit of doing that season.

For a look back into the pages of the Montreal Gazette and the time of this Lafleur milestone, click this link. 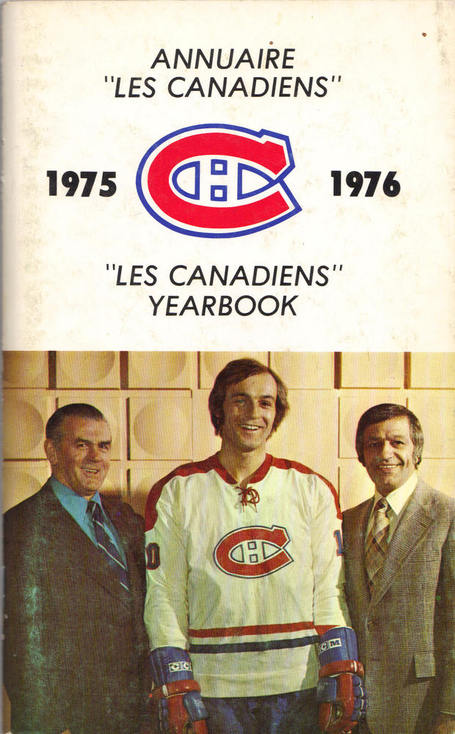 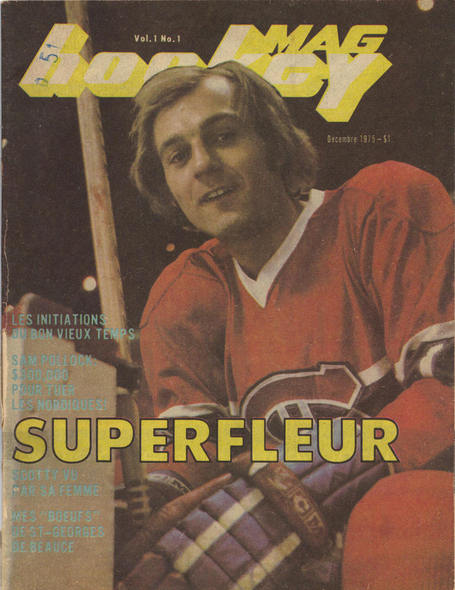 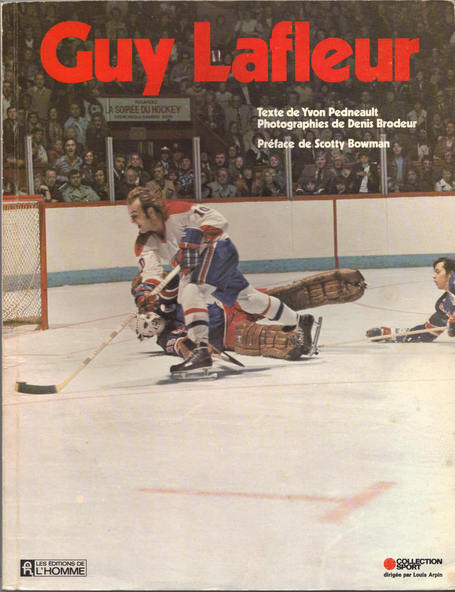