Well, we're coming down into the final stretch of the season and hopefully the playoffs. After a considerable amount of discussion last night, I thought I'd throw down a few thoughts on the coaching and  players by position. Bear in mind that I'm not a major stats guru; this breakdown is largely based on observations from the last few games  and throughout the season.

At this point, I figure we all have a number of thoughts on the team, so please throw down any thoughts or criticisms you have of this little pre-playoff breakdown after the jump. 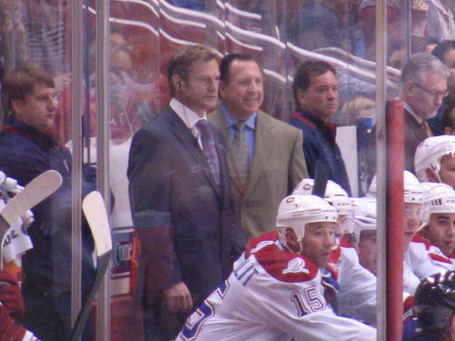 There's been no end of criticism towards the coaching staff recently, and its difficult to determine exactly how much of that is deserved. In the game against Buffalo, for example, there simply seemed to be a collapse on the part of the players. In the final two minutes, there's not much more the coach can say, other than clear the net and the zone. On the other hand, given that there was a repeat performance of the fire drill against Florida, there seems reason for concern on line matching late in games (not to mention defensive strategy).

Jacques Martin will not be a risk-taker. He's always been a defense-first, conservative coach. These are qualities that are known before the puck drops, so it should not surprise anyone that he's reticent to take risks while sitting on a 1-2 goal lead. There's a considerable amount of support he could muster to support this position as well. A good defensive team that leads after two periods will likely win the game. There's no point in taking risks when you don't have to.

That being said, there are some grounds to doubt the coaching staff's game planning. The team has often been too passive early in games, even during our recent winning streak. Furthermore, a two goal lead two minutes into the second period is not cause for stacking four speedy players on the blueline. Our roster plays its best in the transition, and has a knack for scoring off the rush. The coaches would do well to remember this, and to let two forwards to pressure deep in the opposition's zone, regardless of the scoreboard, if they're having success doing so. Our forwards have the legs to consistently pressure the opposition's D-men, and it takes considerable pressure off of our defense.

There also needs to be some increased consistency in building lines, and in the roster in general. Glen Metropolit should not be sitting in the press box at this point in the season. Arguably, neither should Maxim Lapierre. Both players will be key role players coming down the stretch, and Martin & co. need to realize that this is not the point in the season where we should be experimenting with new players in new roles. After 70+ games, the coaches should know who they are comfortable with, and where.

Finally, the offensive strategy needs to be more cohesive. There are too many instances where our skilled forwards create a breakout, and then are left floating in opposition territory, with no one to pass to. If this is due to keeping a clock on shift lengths, fine, but there must be instances where you allow the skill players to create some magic. At this point in the season, the gamble on an extra goal can make or break games. The coaching staff can't be unwilling to roll that die every once in a while. 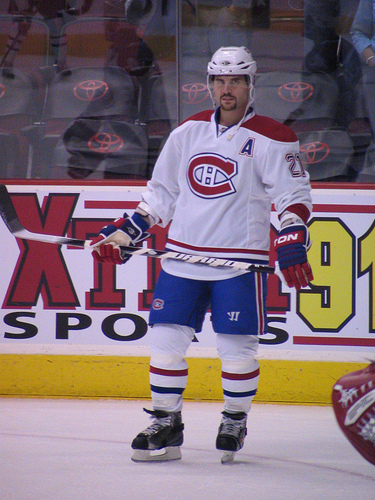 Our forwards seem to be struggling a bit lately, and its unclear if this is due to coaching, bad communication, or some other factor. Without naming names in a blame game, one thing is clear: the team needs to spend more time in the opposition's end. We've been giving up the puck a little too easily on occasion, and not getting it back until its too late, or until 2 or 3 shifts have been penned in our own end. Scoring has also been tough to come by on occasion.

There isn't an easy solution to the problem. Part of it is support and communication. When someone goes into the corner, or starts a rush, the other forwards need to be available for puck support. A little more jump into the corners when a fellow forward is being worked over wouldn't hurt either. Defensively, the backchecking has been weak at times, and the forwards have been guilty of some soft breakouts late in games. However, if our forwards are given a go to be aggressive, all of these areas seem to improve. Telling our forwards to play to win, rather than not lose, may be part of the problem.

Clarifying players' roles might help as well. To me, the following makes sense heading into the playoffs: 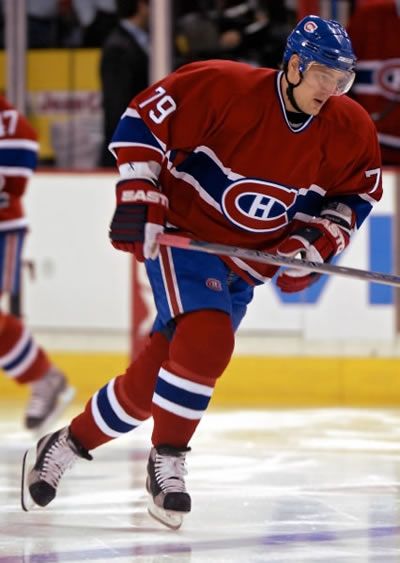 I don't want to criticize our D-men too much, as they've been extremely solid through most of the season. I will break the no-blame rule to comment on Ryan O'Byrne. He plays a good physical game, but he's been caught swimming at times, or pinching when he shouldn't. Aside from that, however, the defense has been fantastic in winning battles, blocking shots, and doing all the little things in our own end. They do seem to be better, however, when the gap between them and the forwards is tighter, which suggests a more aggressive approach at times (and by the right players) may be needed.

No need for controversy here. Both goalies have played quite well down the stretch, with Halak getting the lion's share of the load. Price deserved a better fate against Buffalo, and seems to be chomping at the bit for a chance to go. This is the area of least concern: whatever our fate in the regular season and the playoffs, there isn't a terribly powerful argument against the play of either goaltender.

Why? Halak gets his shot as a no. 1. Carey is on deck ready to go if we need, and there's no point in throwing him to the wolves now. 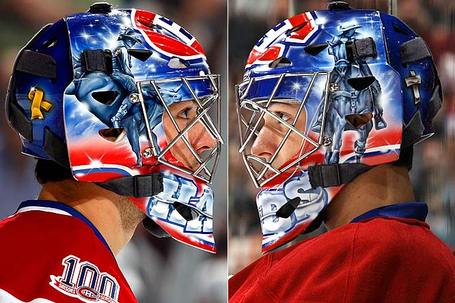