Share All sharing options for: Canadiens Magic Number Sits At 8 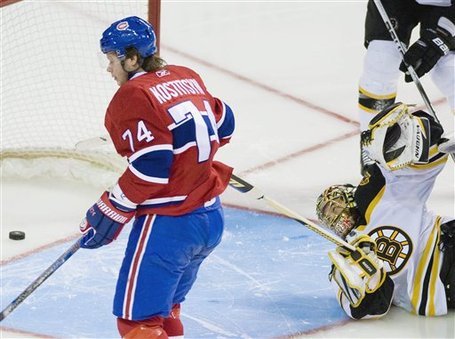 My prediction, the Canadiens will clinch a playoff spot by the time of March 31 game against the Hurricanes in Montreal. That date is seven games from now, and the Canadiens will then have five remaining games in April in order to jostle for positions six to eight.

Or, perhaps they will be in a fight for first in the Northeast?

As it stands now, the Habs magic number can safely be set at eight, as should they win that many, none of five teams (Rangers, Lightning, Thrashers, Panthers or Hurricanes) chasing them could catch them in the standings.

Looking at the mathematical probabilities should Montreal only manage a .500 record with 6 wins in 12 games, the Rangers, who are currently seven points back, would need to win 12 of their final 14 games to surpass the Canadiens.

Also in the "not going to happen" category is the Lightning, Panthers and Thrashers winning 13 of their final 15, or Carolina winning their final 14 games.

Based on the error margin of the four teams closest to them, any combination of Canadiens wins and losses by those teams adding up to eight will put the Habs in the post season. The teams mentioned will still have diminshing chances of catching the Bruins.

Of course, if the Habs somehow lose all momentum and stink the joint out for 3 or 4 games, then all bets are off.

Interestingly, since the beginning of February, thanks to the Olympic break, the Canadiens have only lost four of their last fourteen games. Just prior to the Olympics, they had sunk as low as 12th, among a cluster of six teams all one point apart.

The Canadiens current winning streak of five has allowed them a cushion from all the games-in-hand that their trailors owned.

They can now begin looking ahead at teams above them rather than behind.

With the Senators loss to Vancouver Saturday night, Ottawa is only three points up on Montreal with one game in hand. Buffalo are up six points on the Canadiens and have three games in hand. Montreal could likely catch Ottawa by staying hot, but Buffalo remains out of reach, unless the Canadiens somehow manage to win both upcoming contests again the Sabres.

Below are the schedules of remaining games for the Canadiens, Senators and Sabres. 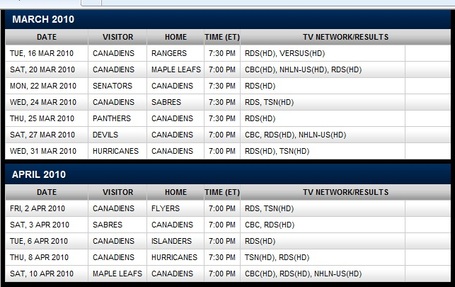 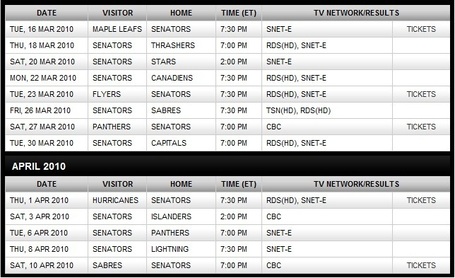 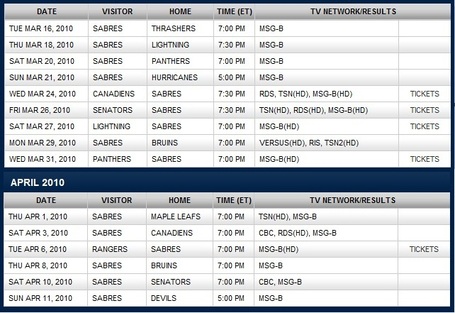