Share All sharing options for: Habs / Bruins video from the 1969-70 Season - An Amazing, Down to the Wire Race 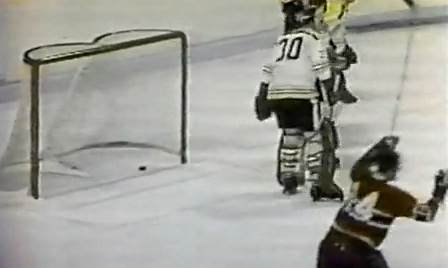 While the Canadiens and the Boston Bruins are battling it out for a playoff spot this season along with other teams in the Eastern Conference, including the New York Rangers - currently on the outside looking in - it was 40 years ago, in the 1969-70 season, that these three teams, along with the Chicago Blackhawks and Detroit Red Wings, were involved in one the fiercest battles for playoff spots in NHL history. Habs fans will surely recall that it all culminated in what is probably the most frustrating and controversial endings to a season the Canadiens have ever endured.

For most of the 1969-70 season, the race was so close in that East Division between five of the original six teams that each of them had a chance to win the division title and, at the same time, was in danger of missing the playoffs. 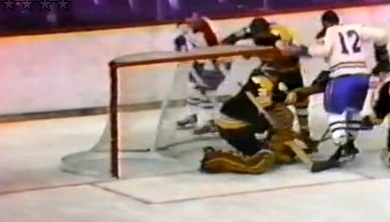 For the 1969 Stanley Cup champion Canadiens, the scenario of missing the post-season was unimaginable, yet all season long, they never quite hit their stride. Three years ago, this site presented the dramatic story of the final weekend of the season that left the defending Stanley cup champions Habs outside the playoffs for the first time since 1948, even though they had collected 92 points (38-22-16) in a 76 games schedule, more than any of the West Division teams and the most ever at that time for a non-playoff team.

The bizarre ending to the season led to changes in NHL tie-breaking criteria and a division realignment the following season, as two new expansion teams, Buffalo and Vancouver, joined the league. 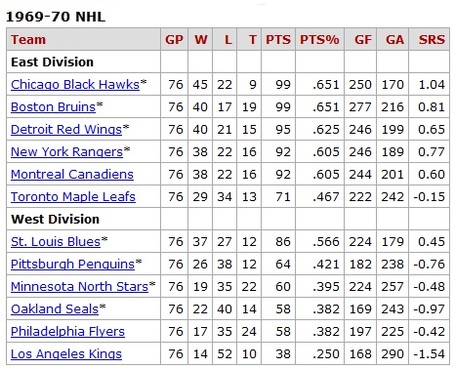 For the Canadiens and their fans, the storybook Habs Stanley Cup win of 1971 was redemption for the huge disapointment of 1970.

There isn't much video footage that still exists from the Habs' 1969-70 season, but, Boston television has preserved color highlights of Bruins games from that year, including four games against the Canadiens. It probably adds up to a good amount of what is available in terms of vintage Habs footage from that season.

Today, we present to you highlights of three of those games. These precious videos allow us to see many Hall of Fame members from both teams, and some lesser known players. 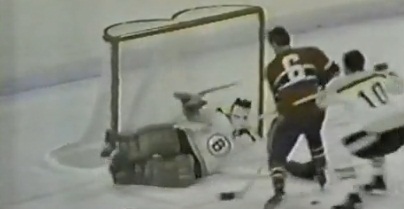 Of the three game's highlights shown, two were played in Montreal and one in Boston. The dates are November 29th, December 21st and January 31st. At the time of that last game shown, Habs and Bruins were tied for second place in the East division and they would remain tied, as you will see. Of note, the Habs won the season series (3-2-3) against the eventual Stanley cup champions Bruins.

Even though the Habs collected 92 points, their season was marred by injuries and internal problems. A number of games were missed by key players such as Jean Béliveau, Henri Richard, Jean-Claude Tremblay, John Ferguson and Serge Savard, who broke his leg in March. In addition, there were suspensions to Jacques Laperrière and Ferguson, a conflict between coach Claude Ruel and goalie Lorne Worsley (who was traded to Minnesota at the end of February), personal problems that affected the play of Dick Duff (he was traded to Los Angeles at the end of January) and the forced retirement for Gilles Tremblay because of health complications. 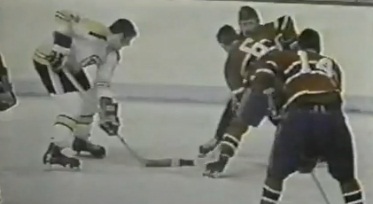 Ruel offered his resignation to GM Sam Pollock in February, but he refused it. Of note, that was the final NHL season for Claude Provost and the last season with the Canadiens for Robert Rousseau. On the other hand, three new players, Peter Mahovlich, Réjean Houle and Marc Tardif made their debut with the Canadiens that season.

As for the Bruins, they eventually tied Chicago for first place with 99 points, but the Blackhawks were awarded first place because of more wins. Bobby Orr became the first defenseman in NHL history to win the league scoring championship with a new record for assists with 87 and a total of 120 points. He won the Norris and Hart trophies, as well as the Conn Smythe for playoff MVP.

Watch Orr closely in the vids! To suggest footage of him in these clips are precious is almost an understatement. Bobby was damn good! 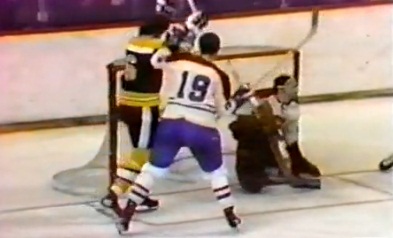 1969-70 remains the only season in NHL history that no Canadian teams were involved in the playoffs, as the Toronto Maple Leafs (shocker!) finished last in the East. It was also the last season where home teams wore their colored jerseys until the 2003-04 season.

The video highlites are truly beautiful. A sight to behold. Enjoy! 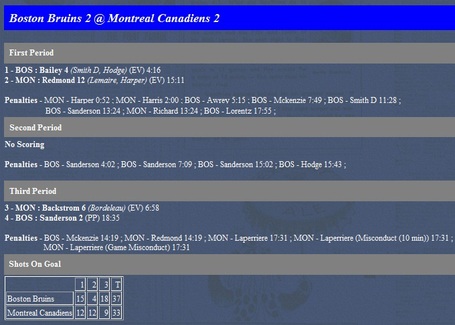 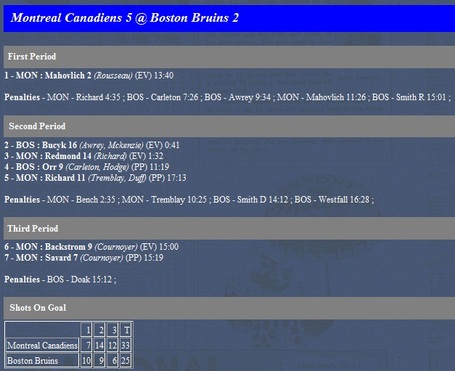 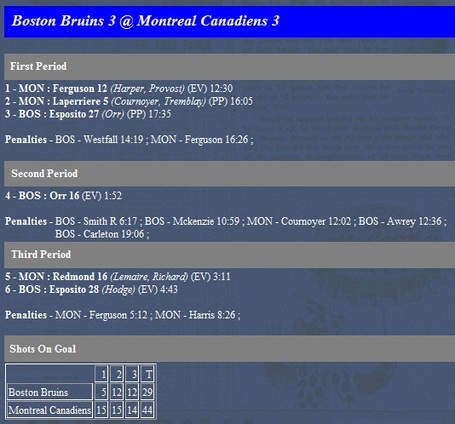 The teams met eight times in the 1969-70 season, one in which the Bruins would go on to win their first Stanley Cup since 1941. As mentioned above, the Canadiens held a 3-2-3 record against the Bruins that season, outscoring them 30-22 over the course of eight games. Here are the boxscores from those games:

Finally, the local papers, days later, still did not quite know what to make of the Canadiens surprise omission from the post-season. Here's a glance at one paper's take. 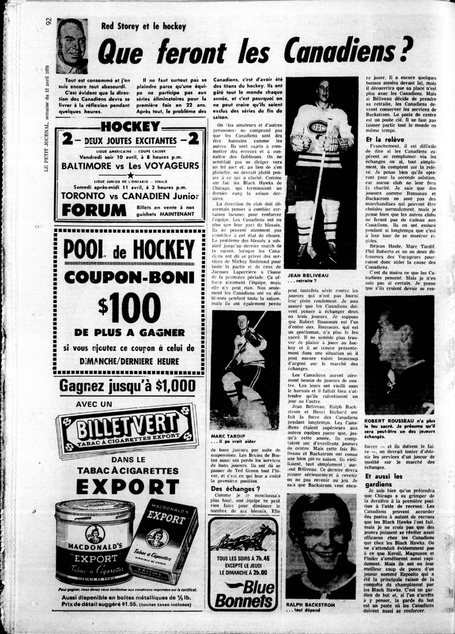 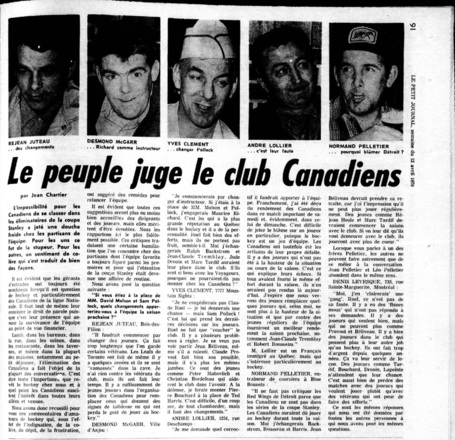