Share All sharing options for: Brendan Burke Tragedy Reminds That Hockey Is Merely A Game Within A Lifetime 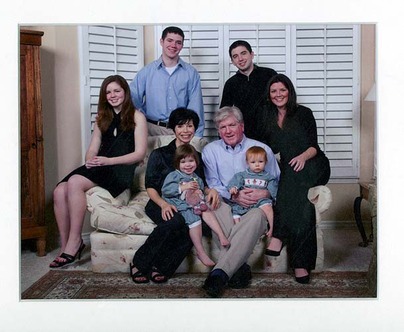 News late last night of the tragic death of Brendan Burke, son of Maple Leafs manager Brian Burke, in a car accident in Indiana has shocked the hockey world.

Brendan Burke's story was well known in hockey circles. In November, a reporter friend of the Burke family went public with the revelation of Brendan's homosexuality.

While that was, and is, hardly a story in itself, what made it more compelling was the fact that Brendan worked in the hockey program at the University of Miami (Ohio) as a video consultant, and had the full support and acceptance of the program.

It couldn't have been easy being homosexual and working in a sporting world where such is rarely openly welcomed. Brendan's admission, coupled with the fact that his tough as nails father was GM of the Toronto Maple Leafs, brought the story into prominance.

When the story became news, the father spoke eloquently of his son, and succinctly placed everything in perspective:

The overwhelming show of support for Brendan in his working environment and the love and continuous support of his father, however, did make it a story whose unfolding was and would have been important in the sporting world.

No doubt a brave and courageous man, Brendan was blazing a trail for himself and others. That story has now, unfortunately been cut short.

The Toronto Star has reported that at about 2:50 p.m. on Friday, with heavy snow falling, that Burke was driving eastbound on U.S. Highway 35 in a 2004 Jeep Grand Cherokee when, according to witnesses, the vehicle slid sideways into an oncoming 1997 Ford truck driven by Michael Moreland, 24, of Lynn, Ind. Moreland was not hurt."

Writing about Brian Burke and his son, the triumph of his personal tale and the tragedy of today, might seem an odd thing to do from a Montreal Canadiens fan perspective.

But damnit, I have to admit I've always liked Burke. And I hurt for him some today.

I recall Brian Burke responding to a reporter from a west coast paper after they had published trade rumours involving a Canucks player, saying "I haven't had any use for that newspaper since my dog died."

How can I not like the guy? Brash, bold and forward, he's great for the game of hockey, and is especially perfectly placed in Toronto.

Brendan Burke, apparently, had may of his father's traits when it came to character and guts.

This is a terrible tragedy only a parent can understand. It goes beyond mere hockey rivalries, as it should. It places perspective on the whole of things.

Hockey is a game, life is not. We know this, of course.

Laura Gainey, daughter of Canadiens GM Bob Gainey, passed away on December 9, 2006 after being being thrown overboard on the small ship she was working on during a storm at sea.

Brian Burke will require the condolences of many in coming days and weeks. None might be more precious than conversations with Gainey, who has, and still is, travelling down that same path.

Our sports are our amusements in life. They are important, and then, they are not. They provide distraction to our reality. On occasion, they converge and get real.

When I was a teenager, the first sporting death that shook me was the plane crash that killed Pittsburgh Pirates slugger Roberto Clemente. It was a terrible and unfortunate tragedy, as Clemente was a player from Puerto Rico that had the potential to shatter many baseball records in his time. He was also a trailblazer in the sense that he represented his people and country.

Brendan Burke, perhaps on a wider scale and a smaller stage, was in the midst of a more significant breakthrough.

We will never know.

There is much to read on this incredible man of 21 years.