Share All sharing options for: Hockey Gold Caps Off Unbelievable Olympics For Canada 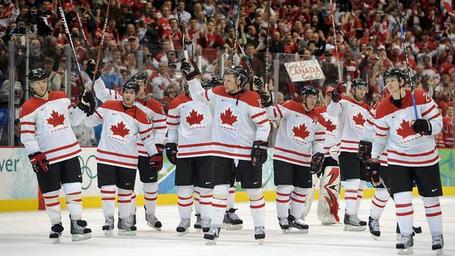 Fourteen Gold medals aren't simple a Winter Games record, it is a virtual pipe dream. What Canada has managed to accomplish for a country its size is no mean feat.

Maintaining and restoring its hockey supremacy was but one order of these games for Canada. That on its own would have made these games special. Canadian athletes exceeded themselves, and it was not simply their respective wins that capativated imaginations, it was their personal achievements and stories that Canadians embraced.

Across the nation, into our living rooms, we welcomed the lives of Alexandre Bilodeau and his brother; Tessa Virtue and Scott Moir, who thrilled us in the pairs skate; skiers Jasey Jay Anderson, Ashleigh McIvor, Jennifer Heil and Maelle Ricker; bobsledders Kaillie Humphries and Heather Moyse; Kevin Martin's men's curling team, finally hitting the top step of the podium; Denny Morrison, Mathieu Giroux and Lucas Makowsky of the men's team pursuit speed skating team and Francois and Charles Hamelin 500 metre short track speed skating; and Hayley Wickenheiser and her band of hockey girls who never fail to disappoint. 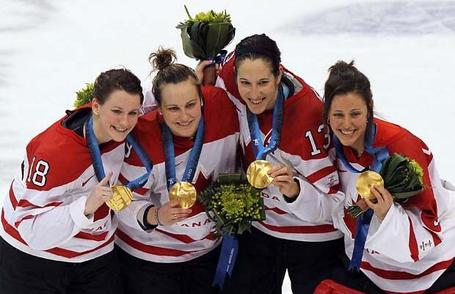 Perhaps no story captivated Canadian more than that of Joannie Rochette. The darling figure skater overcame the death of her mother in Vancouver only days before her skate. With hearts in throats across the country, we watched as she bravely found the werewithall to skate her routine to perfection, earning so much more than a silver medal.

Rochette will be Canada's flag carrier during the closing ceremonies, and there is no doubt as to why. Her every gesture throughout the past week seemed to suggest, "You want courage, I'll show you courage you can understand!"

One story passed on to me last week regarding what Rochette inspired happened at a local rink very late one evening. A crew of oldtimer hockey players well into their fifties had just come off the ice after a late night pickup game. It was 11:30, and in their various workdays had not seen Rochette's skate.

The rink rat closing the arena up for the night, told one of the boys that a replay of the event was about to play on TV, so one by one, a team's worth of sweaty hockey players lined up and crowded around the tube just outside their dressing room, many in various stages of undress. They watched, some silently, others cheering, as Rochette nailed her routine. As the rink rat put it, there wasn't a dry eye to be found. Now there's a sight! 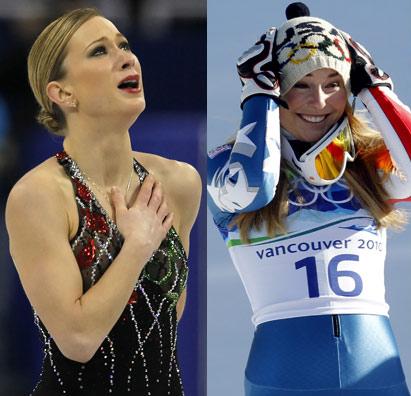 It's been that kind of a week. For many Canadians, there are two requisite events in which Canada has to take gold, and that is the women and men's hockey.

In a record setting Olympics for the nation, after the girl's win, the men could not let the country down. The team didn't need the added pressure. What's heavier than the weight of the world?

Goals by Jonathan Toews and Corey Perry put Canada ahead by two before Ryan Kesler tipped a shot that found it's way past Roberto Luongo midway through the second. Canada clung to a one goal lead until late into the third period.

Two goalposts and a foiled breakaway chance by Sidney Crosby kept the American's hopes alive. The seconds ticked away with shots of Brian Burke and Steve Yzerman, nervously looking on. With Ryan on Miller on the U.S. bench, the final seconds trickled down. As it did, a nation stood up in unison, prepared to unleash itself in united euphoria.

But like all good stories, this one had an added twist and an extra chapter. Zach Parise spoiled Canada's party, or at least put it on hold, with the tying goal with twenty seconds left on the clock. This game, like all classic, would be settled in four on four overtime or a shootout.

Seven or so minutes in, Sid the kid Crosby did the trick, scooping a feed from the boards and riffling a low shot past Miller.

Canada gets it's euphoria and medla record after all!

The hockey was a clean, crashing and hurling final, played with great desperation and pride by two nations. It's an old cliche, but it's unforetunate that one team has to go home disappointed.

I've yet to mention American athletes, many of whom helped push their Canadian counterparts to great heights. It happened on the hockey rink, and virtually every other field of play in Vancouver. Canada may have set a Gold medal record at these games, but American and Canadian athletes shone equally throughout the two weeks of events.

Sometimes the best parties are with your neighbours!