Share All sharing options for: The Trouble With And Thankless Task Of Building A Canadian Olympic Hockey Team 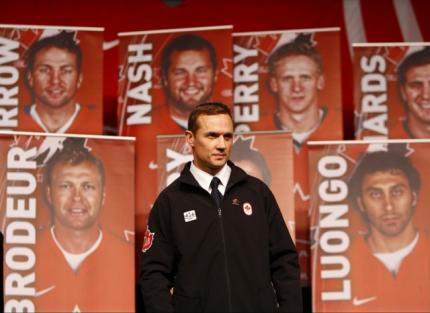 Yesterday, I arrived about 100 pages into Dick Irvin's book "Behind The Bench", which concerns itself with life as an NHL bench boss. Coach Mike Keenan is one of two dozen fascinating subjects interviewed in the book, and he recalled a particular and poignant moment during his first steps as Team Canada's coach in the 1987 Canada Cup.

In the short tale, Keenan recounts first arriving in the dressing room on day one of camp and addressing his players with a simple question that counfounded the group. The discourse went something like this:

"How many minutes are in a hockey game?"

The players looked at themselves, some hesitating to answer to obvious bait for fear of looking silly, while others spoke up loud and quick.

"Wrong," came Keenan's reply. "There are six players on the ice during games. The correct answer is 360 minutes."

Players were a little caught off guard, unsure exactly where Keenan was headed. The he began:

Keenan continued, "The top defensive pairing will see close to 22 minutes each, leaving us with 196 minutes left to divide. Four wingers will play an average of up to 18 minutes per game. That's 124 minutes left, for those who are counting."

The players began looking at themselves.

"The second set of defensemen are set to get 20 minutes each, so now we have 84 minutes left, for six forwards and two defensemen to share. 40 of those 84 minutes are taken up by the blueline, leaving about 7 minutes and a bit for the 6 remaining forwards to share. Let's try to be disciplined. Each penalty we take cuts into the already reduced icetime much of this team will already be dealing with." 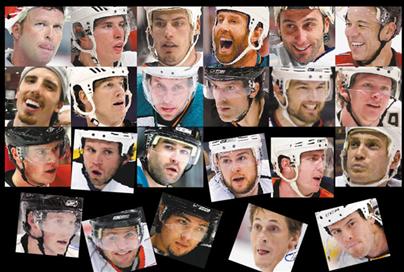 Back a few months ago when Team Canada GM Steve Yzerman announced the lineup that would represent the country's hopes at the 2010 Olympic Games, there was the general consensus that he and his associates chose a fairly well balanced club. Yes, there was the usual nitpicking about the odd omissions, with names such as Jeff Carter, Mike Green and a trio of Tampa bay Lightning players mentioned most. Some quarters raised eyebrows at the inclusion of Patrice Bergeron, Brendan Morrow and Eric Staal.

For myself, when these types of teams are assembled, I tend to pay particular attention to what forms the bottom line in the role call, meaning the third and fourth liners and role players. In looking at this club, I felt that Yzerman and company had done well to include those names that raised eyebrows, as it showed that he understood he was building a team, and not just assembling an All-Star squad of high profile names. In essense, it is not a roster that Yzerman has to fill, but in fact a distinction of different roles on a hockey club that need to be fitted.

In short, role players are needed to perform tasks such as penalty killing, playing on their off wing, winning faceoffs, being strong in one on one battles and in doing all varieties of general dirtywork while producing results at low ice time minutes. Selecting just the right candidates for such jobs is often where these tournaments are won and lost. Time will quickly decide how Yzerman did. 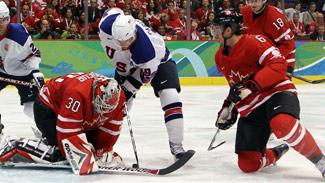 Recalling Canada Cup teams of the past, the Canadiens entries have included players such as Brent Sutter, Bob Gainey, John Tonelli, Shayne Corson, Kevin Dineen, Bob Bourne, Butch Goring and Ken Linseman - all selected for their elbows and shoulders as much as for their hockey sense. None were unanimous, and each came under a certain fire when announced.

In 2006, the Canadian Olympic team included Kris Draper, a wise choice, perhaps at the wrong time. Sometimes they get this right, and sometimes they don't.

The combined selection of players must also tend to categories such as an absense of ego in the teams scheme of things, a balance self starting leadership mixed in with foot soldier mentality, and an enormous sense of pride in the most menial tasks for the good of the whole.

Yzerman and company assuredly checkmarked all these prerequisits in forming the current group, but the catch is how does one scout first line players for potential fourth line roles? Is it possible to have a recipe for understanding and observing a player given 20 minutes per game and guessing how he would perform under the constrains of an eight minute game?

The margin of error is almost inexistent. The twenty best players of a country on paper cannot often add up to what is the best possible team on the ice. The flaw is in the tournament format itself, and is an inherent complication teams such as the Swiss and German need not worry for.

Results on ice for Canada in tournaments such as these will always be varying. The demands and expectations placed on everyone, from the players to the coaches to management, are ridiculously out of proportion with the amount of time they have to prepare for games. Canada has been a superior hockey nation for the better part of the game's history, but it cannot always win. Though none of them will certainly do, there is no shortage of excuses when Canada comes up short.

There will be, however always sound reasons why it is the format itself, that fails these grand hockey exhibitions most.

To that end, it is my hope that at one point, the NHL and the IIHF decides that hockey is smarter as a Summer Olympic event some day.

Personally, from a coaching standpoint, I don't have much to draw upon as far as a bank of experiences, but Keenan's point does recall something I did as coach of the only All-Star team (of sorts) that I ever selected and managed.

It was in 1988, and somewhere in a box lies a dusty old runner up trophy that must have cost all of $10 at a local shop. I was an associate Pee Wee A house league coach back then, and I was asked to put together a team of major boys for a minor Bantam tournament. I had been coaching for a little over a year and didn't know a whole hell of alot, but something in Keenan's Team Canada must have struck a note, because my mini tryout camp was all about finding the right pluggers. This story might have similarities with the difficulty of putting tournament teams together as a whole. For what it's worth, here it is here.