Share All sharing options for: Habs Pull A Rabbit 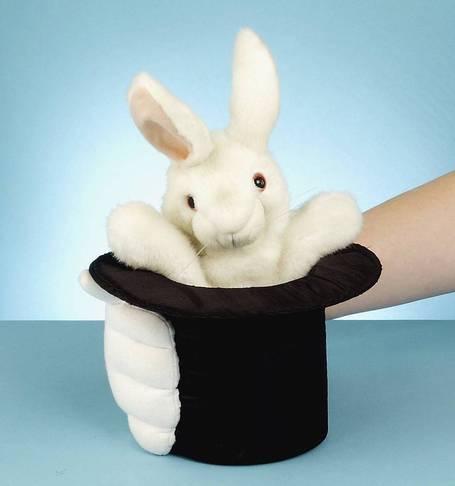 On a night when the Canadiens, down and seemingly out, stunned their own fans with a surprise win over the mighty Vancouver Canucks, the story in the NHL on this night turns out to be the Leafs and their new acquisitions, shutting out the Devils!

The Habs didn't play a perfect game, far from it, but they covered enough intangibles to gain the win.

On a beauty from Sergei Kostitsyn, no less.

Alright, that's cliched, but almost every Montreal player put his should to the wheel and played desperate hockey between minute one and sixty.

In addition to Sergei's goal, Max Lapierre added a timely marker. The fourth line busted their butts, Ryan O'Byrne was Rhino Burn again, Gill was strong and Josh Gorges was his usual Gumby self, absorbing all kinds of punishment and coming back for more.

Chalk up another very strong performance for Jaroslav Halak, who seems to have the Canucks number when they play Montreal.

In light of the injury to Mike Cammalleri, the Canadiens will need a bunch more wins that resemble this one - unpretty, but loaded with grime and grimace. They have shown many times that they have it in them to take down tough teams, such as the ones coming up on the schedule, but no one is convinced, especially after a lone game, that they can do it consistently.

Halak was stellar in this game - he literally stole one. Trouble is, relying on him, which does happen, will not work in the long run.

If this team is to make the playoffs, it will take the contributions of twenty players nightly.

Maybe some exected them to roll over and cave.

I expect this team to do exactly the opposite of what I think they will do.

I figured the Canucks game was a goner but a win in Boston Thursday looked good.

If they can pull 3 wins in the next six, hope will refuse to die. Anything less and it's curtain.

This is the time of year when teams such as Tampa, Florida, the Islanders and Thrashers start playing like world beaters. 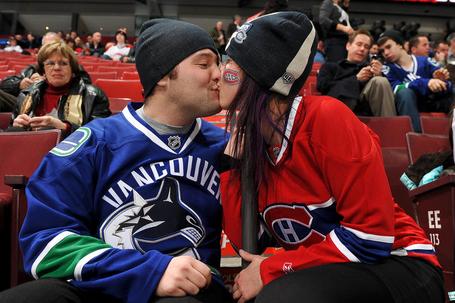 Canuck fan turned back into a frog immediately after game!