A Trio of Former Habs Were Born on February 18

Share All sharing options for: A Trio of Former Habs Were Born on February 18

I thought it was rather interesting to note that February 18 marks the birthdate of two Canadiens Hall of Fame players, and a journeyman goalie whose NHL career ended in Montreal.

Here's a quick look at the three individuals who played on a combined 16 Stanley Cup winning teams. 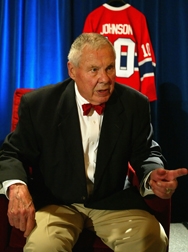 Tom Johnson (b. 1928): The Hall of Fame rear guard played most of his NHL career in the shadow of Doug Harvey. In thirteen seasons with the Canadiens, he picked up seven Stanley Cups and a Norris Trophy, before moving on to the Boston Bruins as a player, coach and executive. Johnson's career in hockey spanned from playing with Doug Harvey, to coaching Bobby Orr, to following the midget and junior progress of  a young Quebec rearguard named Ray Bourque. He was elected to the Hockey Hall of Fame in 1970. Sadly we lost Tom Johnson to heart failure in November 2007.

Tom Johnson: Habs Hall of Famer Hidden in the Shadows 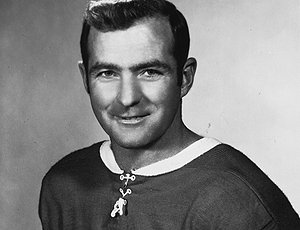 Dick Duff (b. 1936): The tough left winger started his career during the Toronto Maple Leafs successful rebuilding period in the early '60s. He picked up two Stanley Cups in the process before being traded to the New York Rangers. Duff was later traded to the Canadiens midway through the 1964-65 season. As a part of the Habs "Quiet Dynasty", he added four more Cup rings ('65,'66,'68,'69). He was elected to the Hockey Hall of Fame, alongside Patrick Roy in 2006. 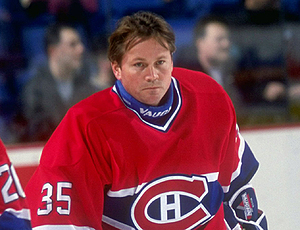 Andy Moog (b. 1960): Moog is most notable for his three Cup rings with the Oilers dynasty ('84,'85,'87) before leaving for the Canadian National Team. He posted a 4-0 record in the 1988 Calgary Olympics for Canada and returned to the NHL, after being traded to the Boston Bruins. After six seasons in Boston, Moog was traded to for Dallaswhere he played for another three seasons. He signed with the Canadiens in the 1997-98 season, intended to mentor Jocelyn Thibault. As it would turn out, the veteran closed out the season as the teams No. 1 goalie, leading the Canadiens to a first-round playoff  upset  over the Pittsburgh Penguins before retiring.