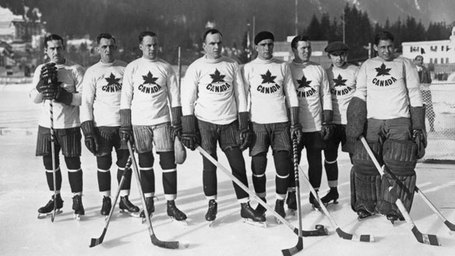 What a difference 86 years makes, and then, well it should!

Things certainly looked more primitive when taking a look back at the 1924 Winter Olympic Games in Chamonix, France, but one thing is certain, Canada dominated then as it often did in recent times.

Imagine outscoring the round robin competition 85-0!

That's just the way it went at those games, the Canadian hockey team's second as they trounced Sweden 22-0, the Czechs 30-0 and the Swiss 33-0.

And these were Canada's amateurs then, as the Toronto Granites, Allen Cup champions of 1922, were chosen to be Canada's representative team.

(Photos for this piece were selected from an online PDF report on the 1924 Olympic Games and from the SIHR website. For more on Canadiens at the Olympics, Lions In Winter has two separate entries, one for players from Les Habitants on Team Canada and another for Habs on different international teams.) 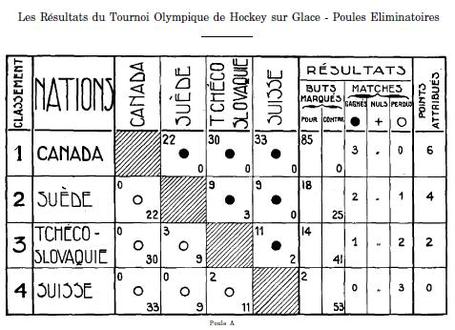 Truth be told, hockey at the Olympics was still very much in formative stages. Russia and Finland were not represented, and the tournament featured eight nations, many of whom have not come a long way since in international competition. 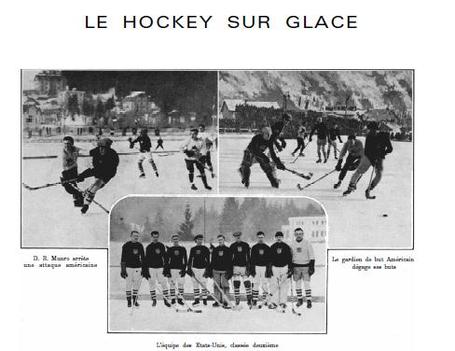 In 1924, Pool A featured Canada, Sweden, Czecoslovakia and Switzerland, and Pool B included the United States, Great Britain, Belgium and France. The States took the Silver while the Britain's edged the Swedes 4-3 to win Bronze in the tournaments only one goal game.

For their part, the American club impressively thumped Belgium 19-0, France 22-0 and Great Britain 11-0. The went on to wallop the Swedes by a 20-0 score while Canada took care of Great Britain 19-2. The final saw Canada defeat the Americans 6-1 for their second Gold medal at the games. 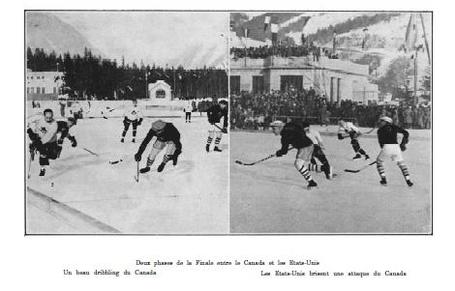 Above: Canada and the United States in the 1924 Gold Medal Game

Eighty-two hockey players from eight nations took part, and it was Canada's Harry Watson who lead the tournament in scoring with 37 goals and 9 assists in five games.

Reginald "Hooley" Smith, a star with the Ottawa Senators from 1924-27 and the Montreal Maroons from 1927 to 1936 was undoubtably Canada's greatest player at these games. For Smith, the Olympics were the start of a storied career that would see him also play with Boston and the New York Americans. He would score exactly 200 NHL goals in 715 games. A member of the famous "S" Line with Nels Stewart and Babe Siebert, Smith was inducted into the Hockey Hall Of Fame in 1972. 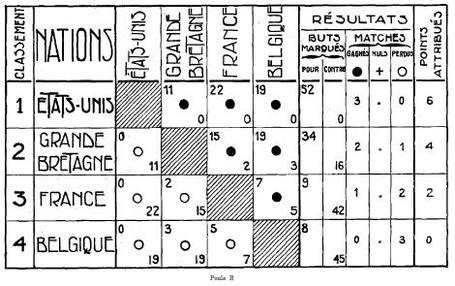 Two future Montreal Canadiens played for the Canadian Olympic Team in 1924, before turning pro in the NHL following the games. A third player, a goaltender, won silver with the U.S. team. 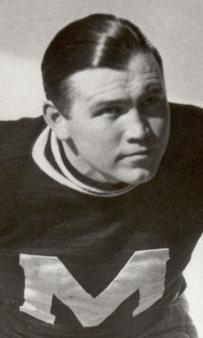 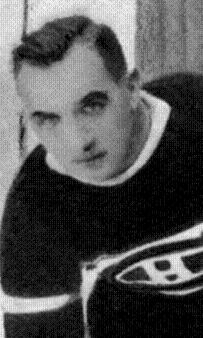 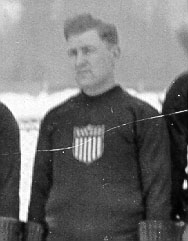 Munro, a defenseman, joined the Montreal Maroons immediately after the games, and spent seven seasons with the club before winding down his career with one campaign (1931-32) with the Canadiens.

McCaffrey, a right winger, also turned professional after the 1924 Olympic Games, playing for the Toronto St.Pats, the Maple Leafs, the Pittsburgh Pirates and the Montreal Canadiens. McCaffrey was a Stanley Cup winner in 1929-30 with Montreal, but was sent to the minor Providence Reds midway through the following season, missing out on a second Cup.

The most notorious of the three players was Alphone "Frenchy" Lacroix (right and below), goaltender for the U.S. Olympic team at the Chamonix, France games. Unlike others, the Newport, Massachusetts born Lacroix returned home to finish university before signing with the Canadiens on November 10,1925. Curiously, Lacroix signed on with the Habs as a practice goaltender while stalwart Georges Vezina was about to begin his sixteenth season as the Canadiens goalie. As fate would have it, Vezina became seriously ill during his first game in 1925-26 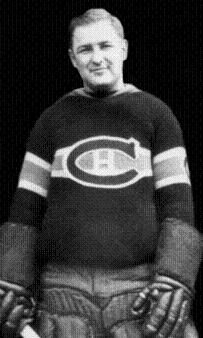 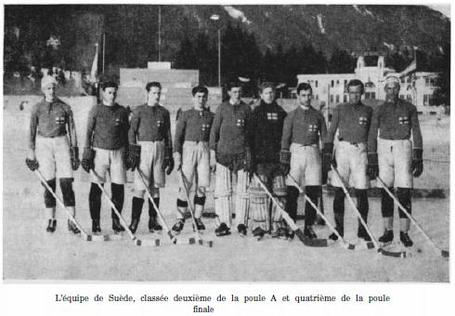 Above: Team Sweden, second in Pool A and fourth overall. 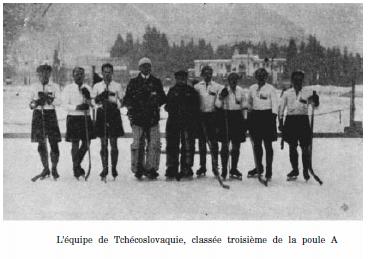 Above: Team Czechoslovakia, third in Pool A. 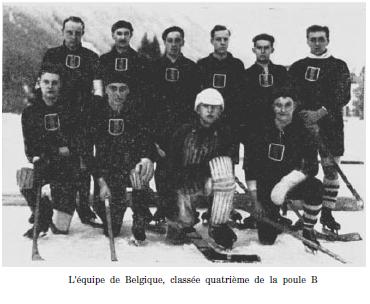 Above: Team Belgium, fourth in the B Pool. 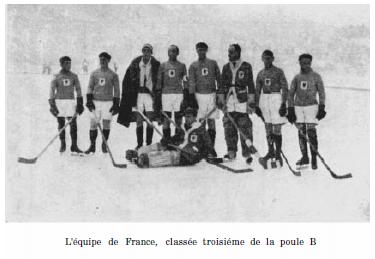 Above: Team France, third in Pool B. 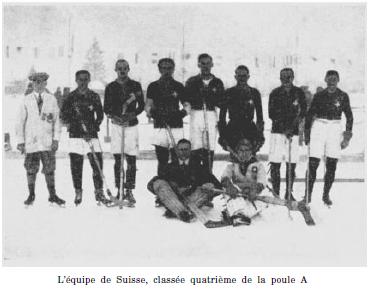 Above: Team Switzerland, fourth in Pool A, first in cheese. 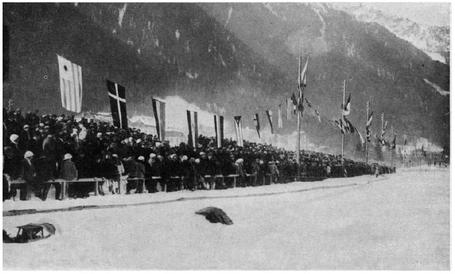 Above: the spectacular setting of the 1924 games, with fans at rinkside.

Below: team lineups and a shot of how much net Frenchy Lacroix covered. 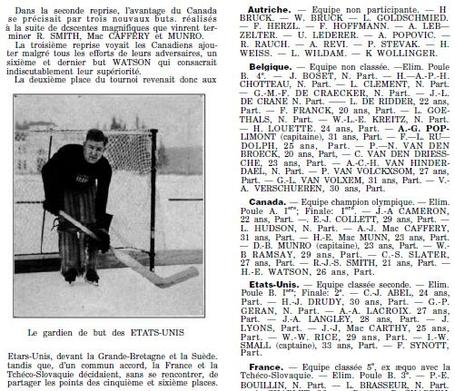