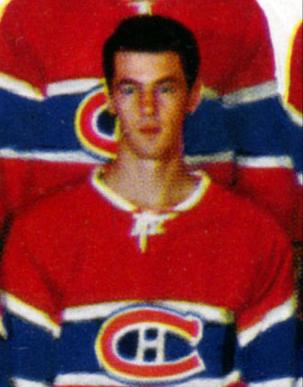 Former Montreal Canadiens forward Ed Litzenberger has passed away at the age of 78.

Best known with Chicago, Litzenberger was a National Hockey League player of significant repute in the 1950s and 1960s. Litzenberger was a rangy center who also played some right wing, known for his consistency and leadership abilities, much like Trevor Linden as a modern day comparable. At 6'3" and 195lbs, Litzenberger was a giant player in his era. He never played with a lot of snarl though. Litzenberger was known throughout the league as a gentlemanly figure on and off the ice who had everyone's great respect.

Litzenberger was a junior standout with the Regina Pats (twice helping the WHL team reach the Memorial Cup tournament). He was invited to the Montreal Canadiens training camp in 1952, although he certainly did not plan on a NHL career.

"I was supposed to be an engineer," he told Frank Pagnucco in the book Heroes: Stars of Hockey's Golden Era. "I went down to the University of Colorado and registered. Then I went to the Montreal training camp and they offered me a contract and I kind of forsook my college degree."

Litzenberger would play a couple of seasons with the senior league Montreal Royals while making a couple of call ups to the Canadiens. It was a big adjustment for the kid from Nedorf, Saskatchewan.

"It was a matter of growing up," Litzenberger continued. "When you're a big fish in a little pond and all of a sudden you're a little fish and there's an awful lot of big fish, you become confused. I found out in a week that I had grown up and that I was not only good but better than most of the guys."