Share All sharing options for: Habs Heroes: The Return of Flower Power 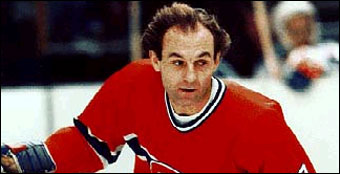 Great news on Thursday as news broke that Montreal Canadiens great Guy Lafleur has made peace with the team and has returned to his role as one of the team's goodwill ambassadors.

His blazing speed and long flowing hair combined with his puck wizardry placed him first in Montreal Canadiens all time scoring and second on Montreal fan's all time favorite list, behind the immovable Rocket Richard, of course. Guy Lafleur was one of the rare players that got you out of your seat almost every time he touched the puck. And to witness him score a goal was more often than not an event onto itself.