The Hockey News has released it’s latest edition of the Top 100 Players of All-Time.

The magazine made it’s original list, ranking the game’s top 100 players overall, in 1997 and was compiled by a panel of noted hockey writers and NHL veterans.

The 2010 edition adds the best players of the last 13 years to the list, and is ranked in the Top-20 for goalies, defencemen, centers, and right and left wingers.

The Montreal Canadiens are well represented with 26 names on the list. While none of them are ranked No. 1, there at least two Habs greats in the top-ten in each category, as well as several who may have briefly worn La Saint Flannelle.

The following breaks down the representation by the Bleu-Blanc et Rouge, with their 1997 overall rankings listed in parenthesis.

The magazine also ranked their top players by franchise. Those players are noted below in italics. 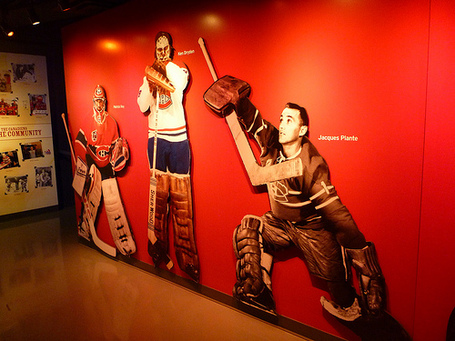 "He studied goaltending with methodical approach of a scientist and was really the first goalie to do so." - Todd Denault

"My idea of a good goaltender is this type of guy. It's the guy that doesn't bend under pressure that wins games for you." - Murph Chamberlain

No surprise here that a certain Parry Sound Ontario native took the top spot in this category, with the pace-controlling Doug Harvey a strong second.

"Harvey did what was expected of him. He was a smart player, someone tough who didn't mind mixing it up." - Dick Duff

"When the Canadiens would go into Philly, he could do everything." - Doug Wilson 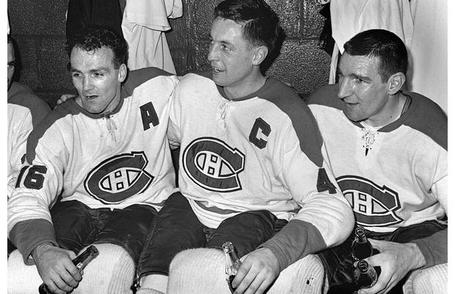 After the Great One and Super Mario, Jean Beliveau still stands tall amongst the NHL's greatest centremen. The No. 5 ranking shows how dominant Howie Morenz was in his time, and still earns the respect of the panel 73 years after he last laced up the skates.

"One of the wonderful things about playing here is you'll come to the rink, and Jean Beliveau will be here, and you get to talk to him and get tips from him. How cool is that?" - Mike Cammalleri

Another tight category, loaded with Hall of Fame players, but the Golden Jet took the top spot on the left flank.

"Once he opened up, no one was going to catch him. Once he got that stride, they weren't going to stop him." - Red Kelly 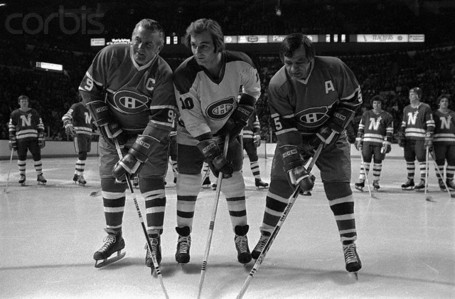 OK We’ll give Mr. Hockey No.1, but two most popular Canadiens of all time take the two and three slots.

"I've never seen a player loved the way he was. The crowd was so enthused about his ablility." - Milt Schmidt

"He was a competitive guy.When it was time to score a big goal, he was always the one to do it." - Darryl Sittler

With that in place the debates linger as to how the panel's thoughts compare to that of the fans.

Was Richard better than Howe? Who is the greatest goaltender of all time?

Different eras, different playing styles, rule changes, equipment changes sometimes factor in to who was truly the best out there. While the top one or two players are typically no-brainers, there's always room for argument as to how the rest of the order goes.

Oh, and correct me if I'm mistake, but I think I counted less than 20 players on the list who, at one time in their career or another, wore the colours of the Toronto Maple Leafs, and less than 10 total in the top-ten for each position. Just thought I'd mention it.