MLX Skates, A Revolution in Speed and Agility

Share All sharing options for: MLX Skates, A Revolution in Speed and Agility

Robert L note: As most of you may know, I have somewhat retired from daily Habs blogging, but I hope to pop in here on occassion when opportunity and subject matter conspire to get those juices flowing. I'm pleasantly surprised to be endorsing a product today, not something I'm usually apt to do, but I believe this is something of interest that will benefit the hockey playing members of the EOTP readership. 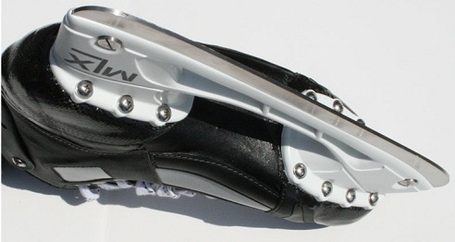 I was recently contacted by the staff at MLX Skates to help spread the word on a revolutionary new type of hockey skate, one that was created and developed from an Olympic speed skaters point of view.

Several NHL players are just beginning to be turned on to the brand, which offer a very personalized fit. By the sounds of it, MLX has smartly sought to combine the right elements from the speed skating sport and the game of hockey to come up with a skate and boot that offers comfort, agility and better speed. A bonus of the MLX skate is that each pair can be personally customized to suit each player's needs. 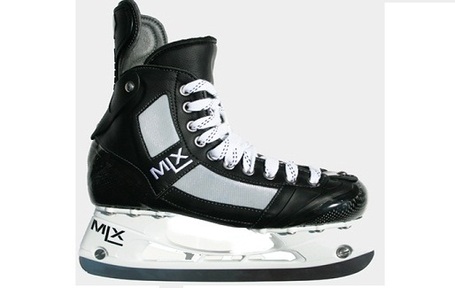 From the MLX site:

The problem with typical ice hockey skates is that blade holders are not easily adjustable. They're riveted into a "one size fits all" position that is nowhere near optimal for the way you skate. Everybody has different techniques and body designs that require unique treatment for optimal performance. Whether you're bow-legged, push more forward, or lean backwards on your skates, you need to position your blade so that it matches your unique style of skating. 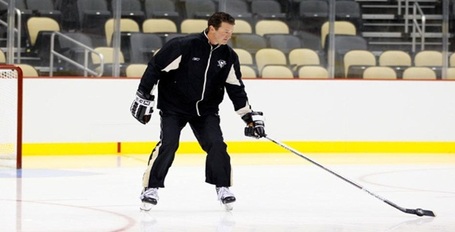 The product is endorsed by none other than Mario Lemieux, who has this to say after testing them out:

I remember putting on my MLX skates for the first time. I was excited for the opportunity to try a product based on what speed skaters - the fastest skaters on ice - have learned over the past 30 years. My first time on the skates, I was struck by the ease of manoeverability and control. Even though I am no longer playing, I could tell that my balance, agility and speed were all improved by the MLX skate. The speed of the game increases every year. Having the right equipement gives a player that needed edge.

Now I'm no Mario - like who is? - but I will be getting a chance to try out the MLX skates in the very near future. Once I have taken them for a spin, I'll be posting a review and telling you all about the experience.

After the jump, you can check out of a few of these clips I've selected from the dozens of videos for MLX Skates currently posted on You Tube.