Share All sharing options for: Losing To The Blues, Gainey's Cap Blues 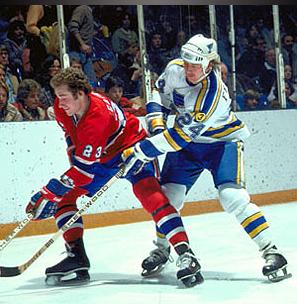 I can't win it seems, like the team I cover in a sense.

On Sunday, the Canadiens play the Rangers and get trashed, badly. A busy late afternoon with a long to-do list ends with a daughter's hockey practice from 7 to 8 p.m. Arriving home, I'm feeling a touch under the weather, but my team is leading the Rangers 2-0. All's well in my world momentarily, until the Habs come undone like a wheatie that hit the fan. A bummer of a desolate loss, and I'm feeling all the worse for missing the one period the Habs play well. I watch the Express version on RDS, to catch up on the missed period.

Wednesday night, a similar but reversed scenario. Things to do again compromise viewing the first chunk of the game. Knowing the Canadiens have called up Mathieu Darche from Hamilton and plan to dress Ryan O' Byrne at forward, I don't altogether mind that I will miss this classic in the making. Arriving home, my television has been kidnapped by fans of American Idol in my family and I have two phone calls to return. As I catch up, I see on NHL.com that it is 3-1 Blues. Finally I turn on the tube just as Benoit Pouliot pots his second on the night. Them Cammalleri ties it. Nice twist, I am thinking. Last game I missed the goal scoring and tonight I arrived on time for it. Sensing a win in my bones, the Habs head to OT and Andy McDonald ends it three minutes in with a perfect snap where the cross meets bar.

On l' Antichambre, which I can't watch anymore either cause it makes me want to kill, one panelist mentions Gainey and mathematics. I'm stuck on that thought. 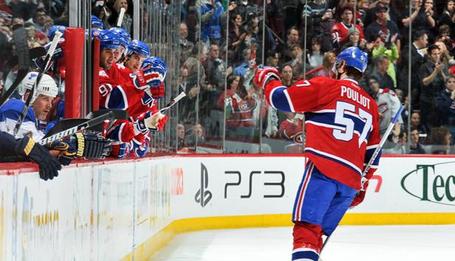 Earlier in the day, I came very close to buying a Guillaume Latendresse jigsaw puzzle at Jean Coutu. Bittersweet is an almost perfect word, especially if Pouliot is your favorite Hab these days. This summer, if he keeps it up, he should be one of many on this team earning a raise while the cap craps out.

I really am liking many of the new Habs Gainey brought last July. Even Gomez now. I also recognize that it is an ill fitting team I cheer for - as dyslexic on ice as that 1999 edition that perfected floundering.

At the end of a day that's left my mind tired, my thoughts are on Gainey, what he's to do to fix this mix of a mess, and what experiences he will draw upon from a wealthy past to employ going forward. 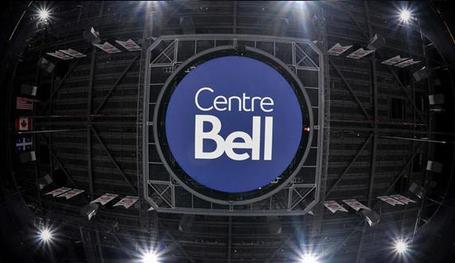 Two notions struck me quickly. The first is that it is easy to point to all that is wrong and much more difficult to correct it. Truth be told, I haven't a clue where to start, and as a Hab supporter I almost feel guilt and shame in looking ahead to the 2010 draft. Notion number two is that Gainey has the present to draw upon, his 1999 Cup win in Dallas back when a cap was something a player put on his head after winning the Cup, and all those loaded to bustin' teams Gainey played for in the '70's.

Now maybe there is a point to make with what follows, and maybe it will fly over some heads, but I though that it may be somewhat thought provoking to take the 1979 Canadiens and time travel the club to fit under today's salary cap system.

Undoubtably, it's a goofy excercise in silliness, but it is just to point out possibly that for whatever that bank of experience means for Gainey in this day, it likely cannot be tapped into to fix current dilemas.

I hope to read your thoughts after you've drawn your own conclusions.

For argument's sake, the '79 lineup will be limited to 20 starters and one spare. I'll annoint them salaries that compare to today's going rates based on their achievements. Yes, you can see where this one's headed from miles away. There will be a rough tally at the bottom line with no further comment. 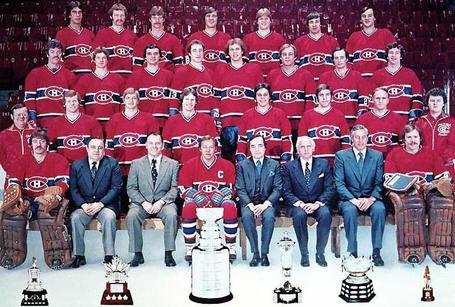 Guy Lafleur ($12,000,000) - Multiple award winner, all-star and six time 50 goal scorer gets nothing less than Ovechkin money in this day.

Jacques Lemaire ($6,500,000) - The games best and most decorated two-way centre, key to the team's top line. At times underrated but tremendously intuitive.

Guy Lapointe ($5,400,000) - A power play and point specialist capable of solid numbers. On a slight decline, but still a dangerous weapon consistently in the 60 to 70 point range.

Serge Savard ($5,250,000) - Seen as taking a discount. The team's steadiest defender is equally adept and composed on offensive. Captain material.

Yvan Cournoyer ($5,000,000) - Past his prime and injured most of the the year. Salary based on a long list of accolades and exploits.

Bob Gainey ($4,500,000) - The game's premier defensive forward, chips in with decent offensive output while shutting down the best of the best. A quiet leader and a steadying influential presence.

Mario Tremblay ($3,200,000) - Grit and determination personified. Not a top line performer but offers the team incredible depth on wing. 30 goals from third line, a special and consistent commodity.

Yvon Lambert ($2,000,000) - Somewhat one dimensional veteran with size and skill in the crease area. Has posted several 20 and 30 goal season. Both a dependable but expendable element.

Pierre Mondou ($1,700,000) - A bright prospect for the future at the 70 point plateau. Young and om first contract extension.

Michel Larocque ($1,500,000) - Longtime backup with numbers that rival a team's starting goalie. Indispensible as a secondary element, but often the subject of trade rumours.

Rod Langway ($850,000) - Promising young defenseman on entry level contract. Possibly the heir to Savard. Could be a future Norris winner.

Rick Chartraw ($750,000) - A depth blueliner, utility forward and team's resident tough guy. A UFA at season's end expecting a raise for length of service. As good as gone.

Before the top two lines are filled out, the team is over the ceiling. The entire lineup, through the roof.

Gainey will never build this team, of course, but it is where this good man comes from.

My apologies to players from the day who may read this and weep!