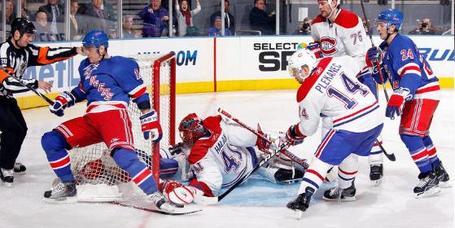 It doesn't take a rocket scientist to figure out that after losing to both the Senators and Rangers the Canadiens have seriously compromised their chances of earning a playoff spot. The tangle of teams vying for position and the schedule, combined with the way the team has played this season makes it highly unlikely that they will be playing hockey beyond April 10.

Since the 2004-05 lockout and the awarding of points for shootout losses, no Eastern Conference club has qualified for the post season with less than 92 points. The Canadiens on three of those five occasions have been in the position of making it in by the skin of their teeth.

In 2008-09, they finished eighth with 93 points, winning a deadlock with the Florida Panthers, who owned the exact same record, by virtue of a better record against.

The Canadiens finished first in 2007-08, and played the eighth place Boston Bruins, who had 94 points that season.

In 2006-07, Montreal lost the final game of the season to Toronto, and both teams were surpassed by the Islanders on the last afternoon on the campaign. The Islanders had 92 points and Montreal finished tenth, one point behind the Maple Leafs.

In 2005-06, the Canadiens, with 93 points, finished seventh, and played the Carolina Hurricanes in round one. The eight place team that season were the Tampa Bay Lightning with 92 points. 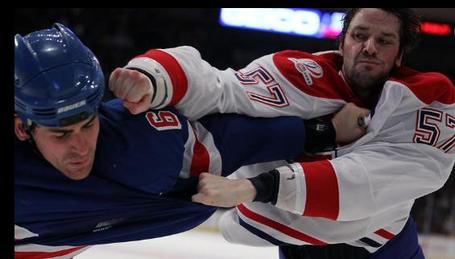 Each season, James Mirtle of the Globe and Mail posts his playoffs push article on how many points it would take for team to reach the eighth and final position. This season, Mirtle has set the bar at 89 points in the East, based on the tangle of teams in the mix, remainder of games, and number of possible points left available.

For the Canadiens to meet that bar, they would need to put up a 19-12-1 record, meaning they need to earn 39 of a possible 64 points, or a .609 winning percentage for a team with trouble reaching over the games above .500.

Before considering that Montreal has as good a chance as any other of the seven teams listed, here is how the Canadiens fared in the first 50 and final 32 games over the past four seasons: 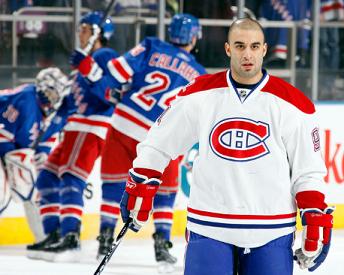 The Canadiens opponants for the remainder of this season are as follows, road games in CAPS:

Here is a breakdown of facts for the final stretch.

18 of 32 games against teams currently in a playoff position, not including three against Flyers

Of the 19 different upcoming opponents, six are from the Western Conference. The Canadiens have yet to play the Blues, Sharks, Kings and Ducks, but have lost to both the Oilers and Canucks.

Against the top eight teams, the Canadiens record is 9-14

Against the bottom five teams, the Canadiens record is 9-2

Draw your own conclusions, but it looks grim folks.