Share All sharing options for: Would Habs Tend An Offer For Kovalchuk, Gainey's Facebook Page, More Habs Girls, Guillaume, Newsy and other news

A little bit of this and that for a Tuesday morning...

The site Mauvais Oeil has a hilarious mock up of Bob Gainey's Facebook page for the calendar year of 2009. If you're in need of a good laugh, and who isn't, check it out here. A pair of scans ought to coax a look.

Some pretty funny stuff on Carbonneau, the Kostitsyns and deadline day, I must admit. 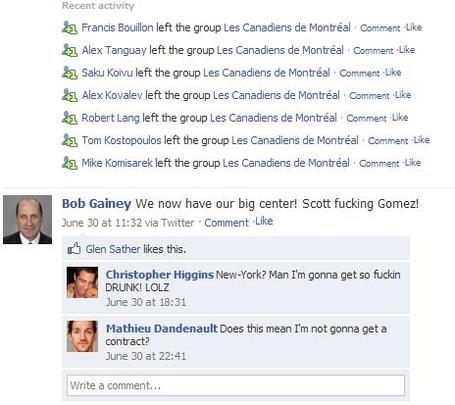 My hometown of Cornwall is finally set to get it right, naming it's local rink the Newsy Lalonde Arena after all these years. You know how pleased I am about this. More here.

First time I ever receive an e-mail with photos from a Habs girl. They arrived just after Christmas and trust me, I can only show you one. I will not reveal the lady's name, so don't ask, but the send came with a query: she wanted to know how I had gotten the shots in the first place. Trouble is, I remember finding them; don't recall where.

If you had a look at this site on Christmas day, you'll recall three Christmas photos mixed in with all the Canadiens Christmas cards. Mixed might be the wrong choice of words - they leaped from the page.

In her e-mail to me, the young lady relates that her husband has often pointed out the girls featured at this site, and that she was "flattered" to have been featured among the many Habs girls that have been presented here in the past. I can't, for the life of me, imagine why!

Habs or Die adds one Habs Girl per month it seems, so at the end of this post, I'll feature a few updates from there along with the one I was sent. 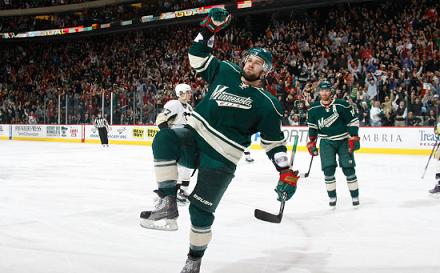 For the record, I love what I have seen of Benoit Pouliot thus far, and it looks early on like this will be a trade that benefits both players and teams. Still, there's that sour taste thing.

I won't go over this again, but for all the Guillaume bashers out there that gave me heat for three years while I stuck up for him....I told you so. Now, you can blame Gainey for having done what you wished he'd done all along.

The thing is, with the kids and prospects who show promise, they have to be given regular linemates to be assessed properly. This is how we find out whether they are top six forwards or whether their use is lower on a team's depth chart. Their mistakes have to be endured and their growth assisted.

The Canadiens were able to make this work with Higgins and Ryder in the past, turning both players into valuable assets regardless of how they were eventually handled. But that's another thing entirely. 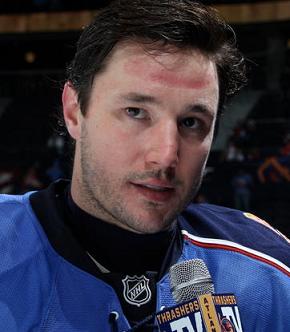 The big fish at the upcoming trade deadline this March will be Atlanta's Ilya Kovalchuk. Sports Blog Nation site owners were going nuts over a proposed idea from Bird Watchers Anonymous editor Matt Gunning, who is planning to take offers, much in the manner of Thrashers' GM Don Waddell as the deadline approaches.

This is all in good fun of course, but me being the idiot I sometimes am, I ticked Matt off from the get go, unwilling to bend to his proposed trade conditions, namely, no sign and trade offers from Atlanta, and conditional first round draft choices attached to Kovalchuk's resigning.

I thought it rather brash to impose two-fold conditions that seek to rosy it up both ways for a player most surely departing the Georgia city.

My thinking, and I laid it out for him, was that if the offers were open to all eventualities, the Thrashers would be more able to raise the stakes, but Matt seems to not see it that way.

Matt, a nice guy and one of SBN's hardest working writers, is simply following his team's terms in his post. I'm not so sure he entirely agrees with it, but has set the parameters of prososed on site offers.

The reality as I see it, is that in a league of capped out teams and a grim drop in that cap on the horizon, maybe only ten teams out of thirty would be interested. To my mind, what the Thrashers would get for Kovalchuk as a rental player falls quite short of what they could get in a sign and trade where he goes off to be someone else franchise player.

Why not play one scenario versus the other to heat up trade talks. Bird Watchers is essentially proceeding in this manner because Waddell himself will not get involved in sign and trade offers.

And they wonder why....you complete the line, I've already pissed Matt off enough.

The Atlanta demands, as per "Birds'', goes as such:

A roster player(s), a quality prospect(s), a conditional first rounder, no goalies, no one over 33 years of age and no bloated contracts.

On behalf of this site, I tended a seven body offer for Kovalchuk, if he came contract guaranteed. It went like this:

The Brothers Kostistyn, Pacioretty, Weber, Fischer, Kristo, and rights to Perezhogin and Yemelin. My stipulations, sign both KHL renegades and we are returned a second rounder. Montreal throws in a first rounder in 2011 if a Cup is won with Kovalchuk within two seasons.

If this were for real, would the Trashers get a better offer?

I know you'll tell me what you think of my proposal!

I've yet to scope all the offers, but judging by this list, I'll just guess that there is five destinations here that Kovalchuk would be unlikely to remain in and another four where said teams are pretty tight up financially.

Here's some links following the hype.

Big props to cohort Chris Boyle on his December look at the Price / Halak stats. Whether you are on either side of this camp or on neither, Chris' work will get you thinking. His posts have inspired great discussion and debate on these pages here and at Habs Inside / Out, where Dave Stubbs is absolutely enthralled with his work.

What pleases me most is that Chris is surely making a name for himself and getting the much deserved attention for all the time he puts in tracking these numbers. In terms in what it means at EOTP, Chris' posts have shattered records for hourly and daily hits, as well as the number of comments in a post.

Since running his work late Sunday night, 10,000 readers have gone through his page. At peak points during a day, a little over 600 readers tune in. That's mind boggling to me, and a testament to not only the power of the internet, but the worth of his insights as well.

Chris is currently beaching in the Dominican, taking a well deserved break from numbers and such. I thought to taunt him with an e-mail saying Halak has been traded to somewhere, but that would be cruel.

I for one, am not anxious to see this very good goaltender move on.

Topham at Lions In Winter and Arpon Basu at the Daily Hab-it weigh in on this topic as well.

In mentioning my co-bloggers at the site, I should tell you what Francis Bouchard and I are up to behind the scenes.

Francis is a digger of Habs' history, just as I am. In saying that, I'll suggest that he digs it, and enjoys digging it up. His tastes are more refined than mine in two very particular areas, namely print publications and video clips.

A few weeks back, Francis contributed to posts on the classic 1971 Bruins / Habs playoff and listed all Montreal Canadiens related movies in another post. He continues to cull some real rare beauties, going back as far in time as motion camera's pointed at hockey rinks allow. You'll see more examples of his findings in the coming days as there are a pair of posts in the oven as I write.

One thing that Francis and I truly share is a lust almost for passing along information. We like to seek and learn, find, read and share. To that end, we have taken on a massive project in regards to the Canadiens in print. We are not sure exactly when we will have it ready for your eyes, but once this project is complete it promises to be the most fully realized listing of Montreal Canadiens related book and magazines you'll likely ever see.

The project will include many categories such books written on the Habs, by former players, biographies of former players and coaches, the historical tomes, such as the many that were offered up during the centennial, comics, children's book, official team publications and miscelaneous print in both english and french.

This will undoubtably take some time to culminate and will only be posted once it is in a presentable form.

What this project hopes to achieve is to enable readers to seek these publications out and also to recognize their historical value. Should some of these book be available for purchase online, we will also link to those sources. There will also be reviews of these book, offering scans of their varying covers along with as much information as to what they contain as possible.

So far, we have tracked perhaps 150 different items for the chronological listing and once this monster is published, we hope that it will continue to be an ongoing and often updated work, to be permanantly feature in the sidebar of this site.

In taking on this large task, reader imput will surely be valuable. We will inform in time as to how readers can help out. 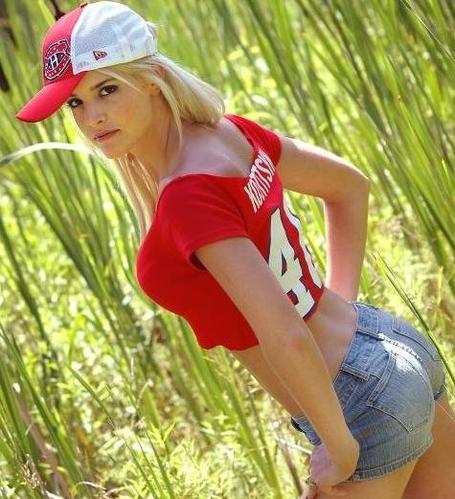 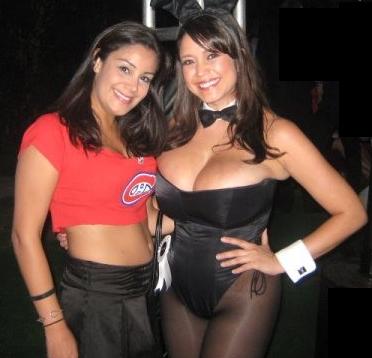 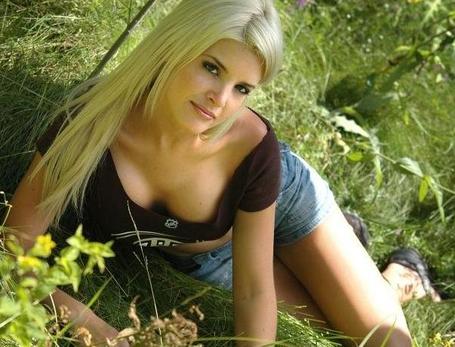 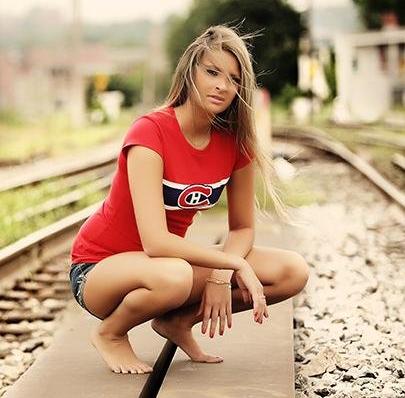 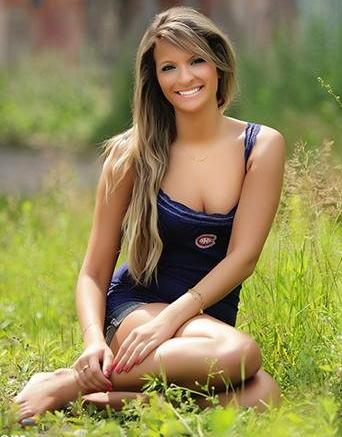 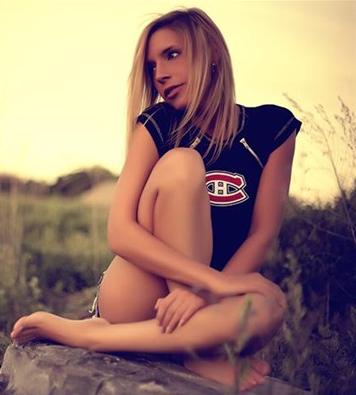 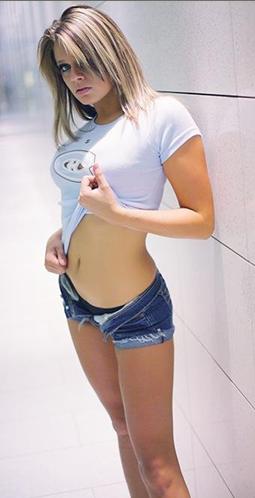