Canadiens and Sports Illustrated Over The Years

Share All sharing options for: Canadiens and Sports Illustrated Over The Years

Here are some sample articles from Sports Illustrated from 1954 to present. The SI site has a large archive of articles dating back to the 1930's. The Canadiens have been featured on 12 covers, and you can see them below. In the SI Canadiens Vault there are 99 articles currently. Here are just a few.

Ken Dryden, the McGill University Law School student who moonlights as a goaltender for the Montreal Canadiens, contemplates the message his wife Lynda has hung over the desk in their apartment. "War, as I interpret it, is the variable in all men," he says. "For me, the war is hockey. I cannot let hockey make me what I am not."

Come along for a while to see how the battle goes, for Dryden is that rarest of individuals in sport, the man who does what cannot be done. Let Boston win the National Hockey League's regular-season race in the East by 20 points. Let Chicago do the same in the West. In the heart of every Bruin and Black Hawk fan will be the' secret fear that this one tall, idealistic, implacable student will rise out of the Montreal nets to rob them of the Stanley Cup, even as he did last year. It could happen, it could happen. This season Kenneth Wayne Dryden has been the only bulwark between the Canadiens and certain ruin. The team that looked so strong in October is staggering in February. But the Canadiens have lost only five of the 40 games Dryden has played. With his replacements in goal, the Canadiens have lost eight of 13 games. When Dryden came down with a back ailment at Christmastime, the Canadiens were battling Boston and New York for first place in the East. When he returned to the lineup three weeks later, they were tumbling toward fourth place. Last week it was the old, magical Dryden who braked the Canadiens' slide as he saw them through two victories and two ties on the road.

Frank Mahovlich returned to the ninth grade and borrowed a phrase from Shakespeare in an attempt to convey what he thought the 500th goal of his National Hocky League career had meant not only to himself but to all the Montreal Canadiens. As a matter of record, Mahovlich's goal, a shanked shot that dribbled aimlessly into the net from 25 feet out, beat the Vancouver Canucks last Wednesday night and clinched the East Division championship for the Canadiens, thus leaving the preseason favorites—New York and Boston—to battle for the runner-up position. But more important, as Mahovlich realized, the championship provided the Canadiens with at least temporary relief from the pressures and the tensions of having to satisfy the most demanding collection of critics in hockey—Canada's 5 million Frenchmen.

"Only now will the people let us up," said Henri Richard, the 37-year-old captain of the team. "How many games have we lost this year? Nine. And each loss...it has been a disaster. All the time it has been pressure. And now there will be even more pressure in the playoffs. If you finish first and do not win the Stanley Cup, these people...they forget you finished in first place. Remember, when you are the Canadiens you cannot make excuses."

None of his NHL rivals would blame him—and most would be downright relieved—if Sam Pollock, the boss of the Montreal Canadiens, took life a little easier. It would be perfectly O.K. with them if Pollock, the Godfather of hockey, let a day pass without making the Atlanta Flames, say, or the Los Angeles Kings another of his too-good-to-refuse trade offers. And nobody would protest if, just once, Pollock went a whole weekend without combing the NHL bylaws for loopholes that might benefit the Canadiens. Go catch a trout, Sam. Play a round of golf. Enjoy yourself.

Alas, Sam Pollock is not cut that way. At 51, he remains what he has always been, a ham-fisted little man who simply cannot help brooding and fussing over his beloved hockey team. He finds no peace in the fact that Les Canadiens are a sports dynasty ranking right up there with the old New York Yankees and Boston Celtics. Or that the current team, which some people are calling the best in NHL history, opened its quarterfinal-round playoff series against St. Louis this week as a solid favorite to win a second straight Stanley Cup, and the eighth in Pollock's 13 years as general manager. Or that the Nova Scotia Voyageurs, Montreal's entry in the American Hocky League, are loaded with enough young talent to keep the parent club strong for years to come.

"You just can't relax," Pollock pleads, discounting these all-too-apparent riches. "You can't take anything for granted. People say we're the best, but the Stanley Cup is like a new season. In horse racing, 2-to-5 favorites don't always win, know what I mean?"

Captain Yvan Cournoyer (who underwent back surgery recently and will not skate in Montreal's Cup chase), center Jacques Lemaire, handyman Jim Roberts and defensemen Serge Savard and Guy Lapointe and Pierre Bouchard all graduated to the Canadiens' roster through the NHL's old sponsorship program, whereby teams owned an amateur's professional rights almost from the time the player entered kindergarten. Here is how the wily Pollock filled out the Canadiens' present roster:

KEN DRYDEN, goaltender: After Boston drafted Dryden as a 16-year-old amateur in 1964. Pollock immediately traded draft choices Guy Allen and Paul Reid to the Bruins for the pro rights to Dryden and Alec Campbell. Only Dryden has played in the NHL.

Ten minutes before the opening face-off in last Thursday night's showdown between the Montreal Canadiens and the New York Islanders, scalpers outside the Forum were still getting $125 for a single $15 seat in the "reds." Inside, Guy Lafleur and the Canadiens were about to begin an all-points search for their mystique, which had mysteriously vanished sometime during the previous two weeks.\

Lafleur, the NHL scoring champion the last three seasons, had not scored a goal in seven games—"an eternity," he called it—and the Canadiens, who had strolled to the Stanley Cup championship in those three seasons, had won only two of their previous eight games. "It's tough to take," Lafleur noted, "when you're not used to it." The Canadiens were even less used to being two points behind the precocious Islanders, which is where they found themselves in their season-long war to gain the NHL's best record and the No. 1 seed in the playoffs. In addition, Lafleur was eight points behind Islander center Bryan Trottier in the scoring race. Sacre bleu!

"Everybody says that what the Islanders are doing is good for hockey," said Montreal goalie Ken Dryden. "Maybe it is, but it's not good for the Canadiens."

"What makes Toronto tick?" asked the TV announcer. "What makes Toronto dead?" Maurice (the Rocket) Richard asked back. Richard, who has played right wing for the Club de Hockey Canadien Inc. every winter since 1942, sat, his shoes off, in a dark room in the Royal York hotel, laughing at Red Skelton and smoking a cigar—a burly man of 38 with an erect carriage, tilted, somber, devout face, inflexible eye, abundant black hair which also thickly mats his chest and back, making him look like a mangy bear, and queer, thin, knobby legs. "If he had another hair on his back, he'd be up a tree," says Kenny Reardon, who is vice president of the Montreal Canadiens. Richard's roommate in Toronto, Marcel Bonin, who once wrestled a toothless, suffering bear in a carnival ("I never win," he admits) was out somewhere in the cold, solid city. The Ontario Good Roads Association was making roisterous marches up and down the long, dim hotel corridors, X's on the backs of their red necks and violent apocalypses on their neckties. One of them hammered on Richard's door.

Last summer, shortly after he had left his 15-year job as coach of the Montreal Canadiens to accept a similar position with the Chicago Black Hawks, Dick Irvin was asked which of the six teams in the National Hocky League was most likely to win the 1955-56 league championship. "That's easy," replied Irvin . "Montreal by 10 games."

A few days ago Irvin's successor, Hector (Toe) Blake, reflected on the curious position in which Irvin's departure had left him. "It is true," said Blake, "Dick left me a great team, a well-organized and a well-disciplined team. But he also left me on the spot. If we finish anywhere but first I'll feel I've done a very bad job. If things go right, yes, we should win by 10 games. But any hockey man will tell you that in hockey things don't always go right."

What was not going right for Toe Blake that morning was indicated by a medical report just in: three regulars out indefinitely with injuries. "It's strange about injuries on a hockey team," said Blake. "When they hit they seem to hit in bunches—not just one man, but three or four. It happens to every club; now it's happening to us."

Among the 14,692 spectators in Montreal's hockey arena one night last week sat a 21-year-old youngster named Charlie Hodge. Charlie was a goalie in the Montreal farm system, but he was just in the stands to watch, wearing street clothes. Then things began to happen. Down on the ice, the blazing Toronto Maple Leafs—unbeaten in their last nine games—began to score on Montreal's goalie, Claude Evans, who was subbing for the injured regular, Jacques Plante. Before the evening was over, Montreal fans had seen one of the most exciting games of the year—and 21-year-old Charlie Hodge was down on the ice, making a brilliant debut. 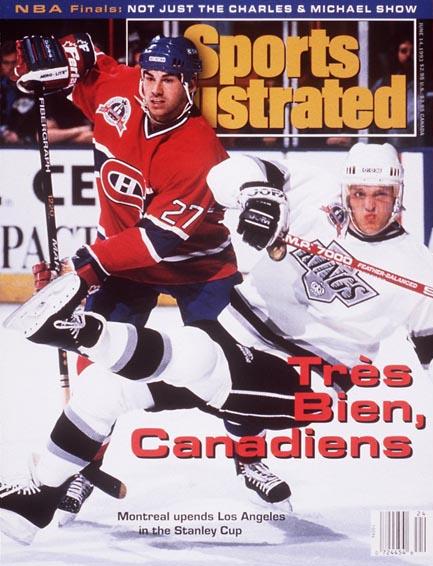 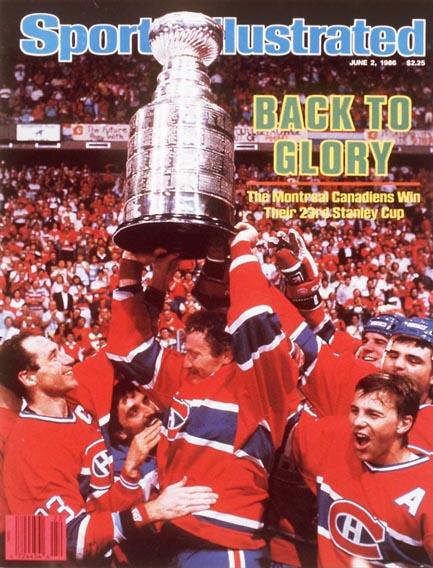 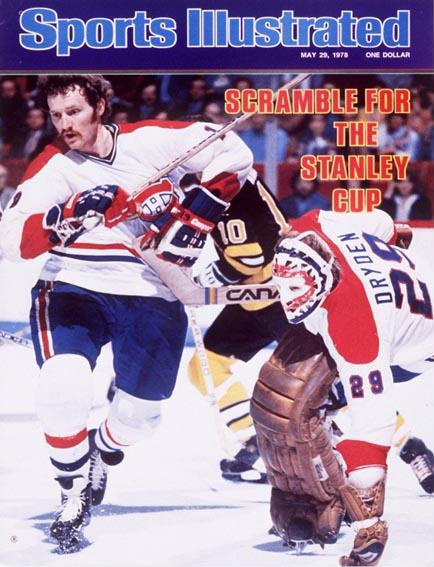 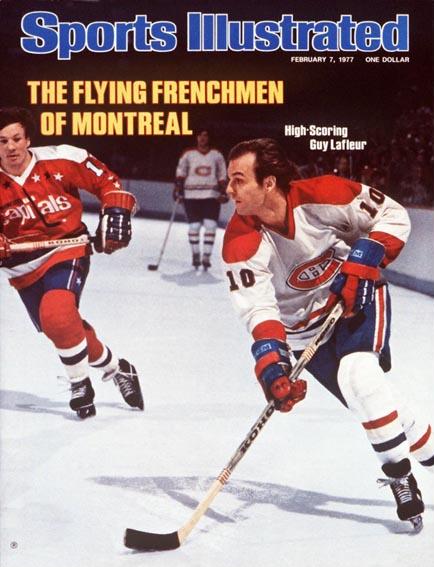 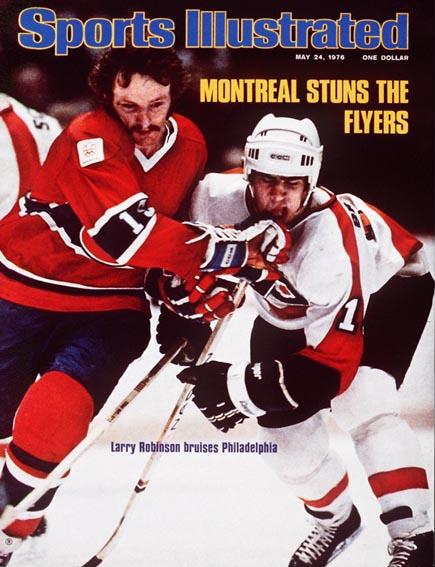 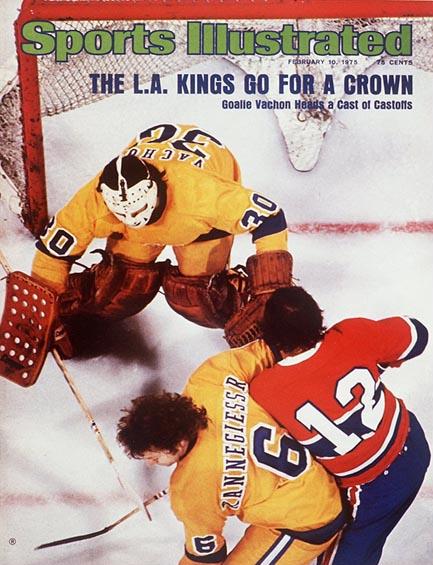 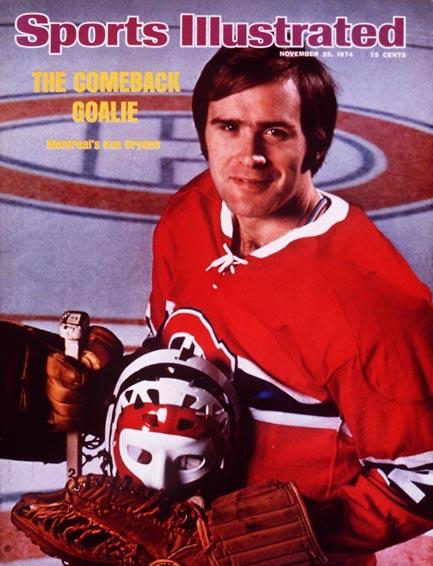 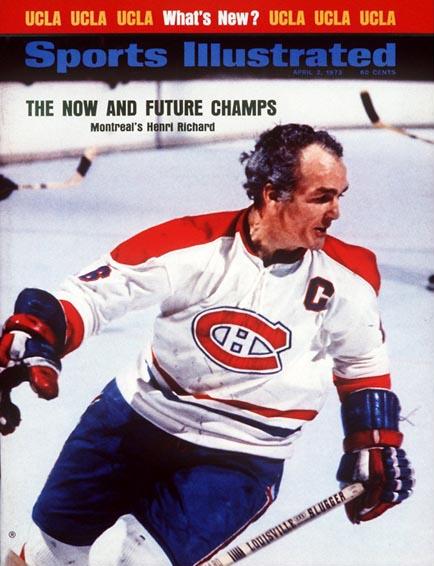 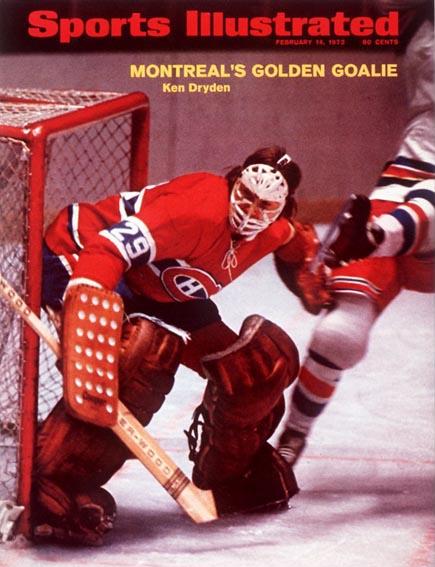 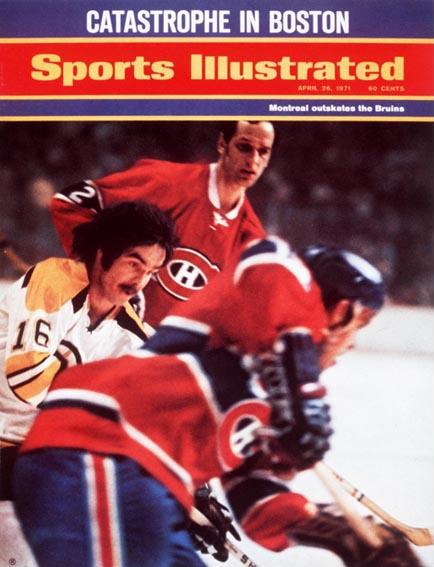 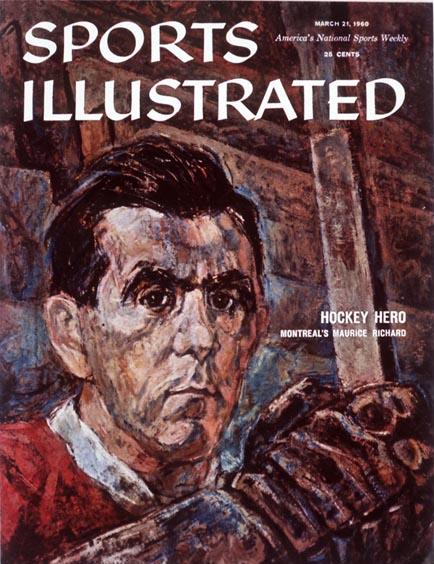 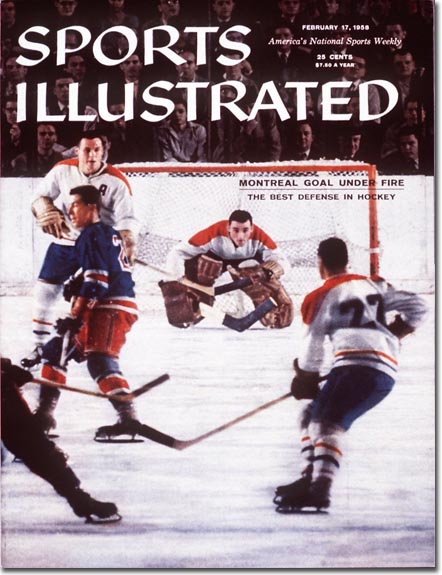 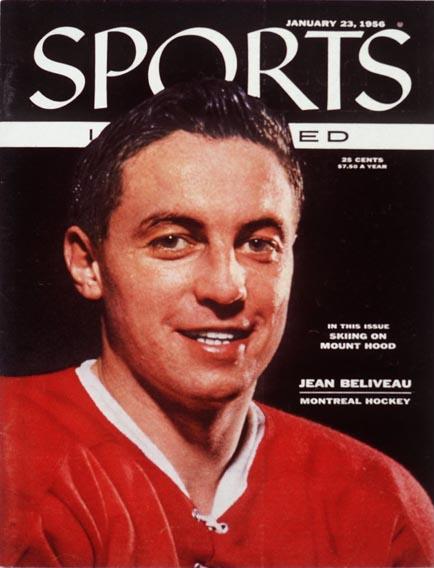