There is little denial in the fact that the Montreal Canadiens 2008-09 campaign fell short of lofty expectations, and moves during the off season have been made to change the face of the team. An overhaul the likes of which has rarely been seen in Canadiens history was performed by Habs GM Bob Gainey during the summer, and in the course of 48 hours beginning July 1, the club underwent cosmetic surgery. Not only were the team given a facelift, it underwent a nip and tuck, received a facial makeover and skin graft in the process. When all was said and done, it could be termed that the results amounted to something more akin to a heart transplant.

In bringing in seven free agents and a new coach, the hopes are that in one fell swoop that team chemistry has been refurbished, that team spirit will be rejuvenated, that the game plan has been remodeled, that excitement will be renewed, all with objectives restored and pride repaired. 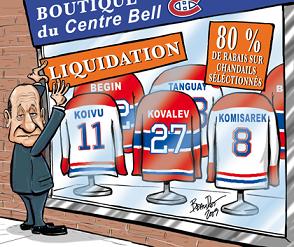 The new look Habs that emerged in the wake of Gainey's scalpel caught everyone off guard, and there has been a certain resistance to the excitement brought about by the changes. In certain parts, critics of the multitude of moves have pointed out that the club did not require such drastic measures, and that Gainey's moves were an overreacion to Centennial season disappointments. With favorite players gone missing, there is a sense that had the Canadiens simply remained healthy last season, a more progressive undertaking could have taken place.

Only time will tell the tale of whether Gainey's chemistry experiment works or if it is a simple shuffling of the deck and nothing more. Either way, unanswered questions abound.

Offseason Changes - Who's In: 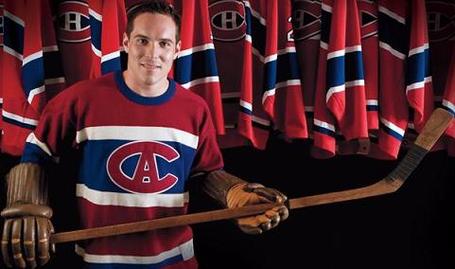 Within the ranks - Who's New:

Offseason Changes Who's Out:

Within the ranks - Who's Out: 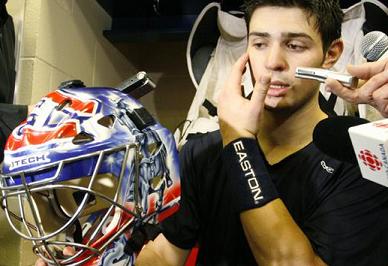 Rookies on the brink:

Forward Max Pacioretty, who played in 34 games last season is the surest bet to make the club. Defenseman Yannick Weber is likely to see some games as an injury callup. Grinder Gregory Stewart is on the bubble. Ben Maxwell is the fifth or sixth centerman and saw seven game of NHL action last season. Defense prospect P.K. Subban will get a good long look during training camp.

The key to the Canadiens offensive success will rest on defenseman Andrei Markov and center Scott Gomez. The team has two, potentially three lines of offensive thrust. Coaching may be the biggest asset of all, as Martin brings more experience behind the Canadiens than there has been in two decades. 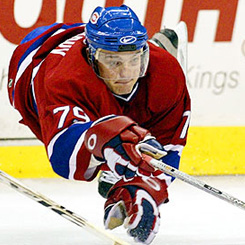 Size up front, especially regarding the trio of Gomez, Gionta and Cammalleri is a concern. While it is unclear at this point whether they will form a regular line, all three are proven NHL players. Goaltending, once a strength, is now seen as an area of concern.

While team strengths are well spread out, the outcome of this season will rely much on Andrei Markov remaining his solid self, Gomez producing numbers at a better clip than his past two seasons, and Carey Price becoming more dependable over the long haul.

New coach Jacques Martin is regarded as a disciplined and structured individual who should help many of the Canadiens younger talents grow and prosper. His style often resembles his somewhat dry personality, but Martin brings more than just a simple shut down game to the table. A Martin coached club can be hard to play against, but they can also be hard to play for. He is demanding in many extents, and in preaching responsability to players who have waivered from this facet in the past should translate into good things. Players will know where they stand with Martin. 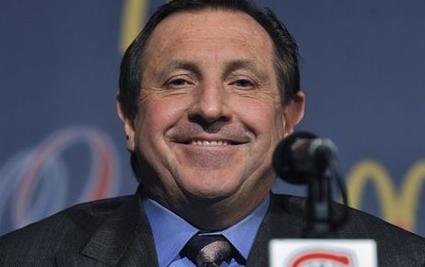 While no large increase in offensive totals should be expected, the totals of Maxim Lapierre and Guillaume Latendresse should increase to regular contributor status. Brother Andrei remains a 40 goal threat while sibling Sergei has 60 point potential if disciplined and employed with regular line mates. 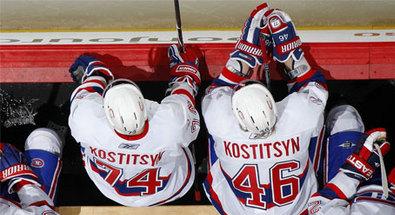 In 2008-09, the Canadiens were let down by sub par seasons from a trio of players, namely the Kostitsyn brothers and Tomas Plekanec. For the Canadiens to make the playoffs, all three must rebound and play to their level. It's also expected that the Canadiens will be tightened up in their own end, playing a tidier style that results in less bad goals on a defenseless Price.

GM Gainey could be in the firing line should the massive changes not pay off. Players under pressure to bounce back and produce include Gomez, the brothers, Plekanec, goaltender Price and gunslinger Laraque. 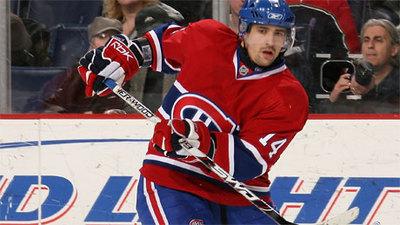 Deals given to Gomez (while a Ranger) and Gionta has raised more than a few eyebrows. Both numbers are in the hard to justify category. Plekanec received a hefty raise on the doorstep of arbitration. After an extreme letdown season, his numbers could spell trade bait should he begin to disappoint once more.

Judging by Northeast Division competition, the Canadiens will again be most concerned with the Boston Bruins, and depending on the unforseen, could challenge for top spot in the East. The talent and grit on the Canadiens is aplenty, but the work ethic will tell the tale. Variables such as adaptability to opponents and injuries to key players could once again damage a fragile team psyche. Should the Canadiens start strong, and all the chemistry experiments work out, the team will be better insulated and confident for what will be long and interesting season.

While a top 3 finish in the division would depend on how Boston fares, it's not altogether out of the question. A more likely scenario would have the Habs finishing between 4th and 6th.

Lions In Winter, Ya! The Habs Rule!, Four Habs Fans, Habs World, The H Does Not Stand For Habs, Dennis Kane, Daily Habit, Berkshire on the Habs, Go Habs, Yves On Habs