A Deluge of Habs News as Camp Gets Underway

Share All sharing options for: A Deluge of Habs News as Camp Gets Underway 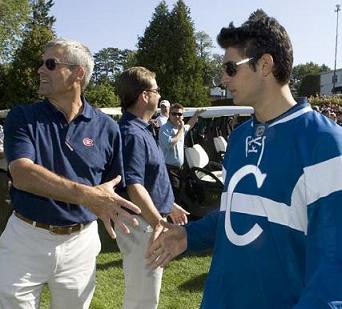 The quiet days of summer, wherein hockey news flowed at a trickle are over and done with. The Habs main camp opens today with weigh ins, and much has happened in the past week. Here's a 26 link roundup for die hards.

For starters, three players have been cut from the rookie camp, with Gabriel Dumont, Petteri Simila and Dustin Walsh returned to their respective junior and collegiate teams, leaving 54 players to fight for roster spots on the big club.

The Hamilton Bulldogs should have a solid club this season. Here are a few stories regarding players who will likely comprise the team, including Habs signee Mikael Johansson, who will try to follow in the footsteps of fellow coutryman Fabian Brunnstrom in earning an NHL post.

Wings had their chance - Montreal Gazette 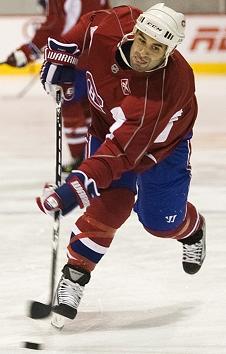 A look inside the Habs main camp starting tomorrow.

A Day of Golf - Canadiens.com

Teen Ranch - The H Does Not Stand For Habs 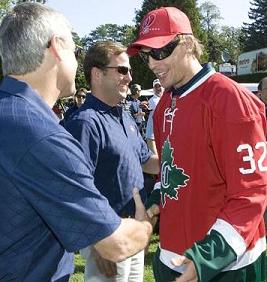 I had the pleasure of briefly meeting George Gillett at the NHL Draft in late June, and found him to be a genuine Hab die hard himself. I can say first hand that having to sell the Canadiens irks him greatly. He told me how proud he was to have owned this team, that he wished his time could have ended differently, and that not winning the Cup is one large regret. When he arrived on the scene eight years ago, he was perceived as an untrustworthy American born owner. He leaves as everyone's favorite Uncle George. Should the Habs one day get back to reclaiming the big mug, I hope he takes great pride in the work he accomplished while the team was under his reign. He served us Habs fans very well. 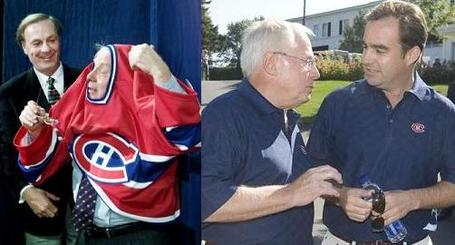 New Canadiens photos from the golf tourney and camp.

Some former Habs sightings on Dandenault, Kovalev, and some Rocket impersonators.

I hate when this happens - Moey Musings

The Kovalev Conundrum - Berkeshire On The Habs

Three pretenders to the throne, and one King - Dennis Kane

The Main camp hasn't yet had its official start, and already the media are on the lack of french content on this edition of the Canadiens. This story could use a break for now. In the news this week, were angles on Pierre Boivin, an all french trio on the Bulldogs, and Geoff Molson promising to study the thought of retiring Butch Bouchard's number.