Share All sharing options for: Montreal Forum goal judge Carleton McDiarmid was a great contributor and collector of hockey memorabilia 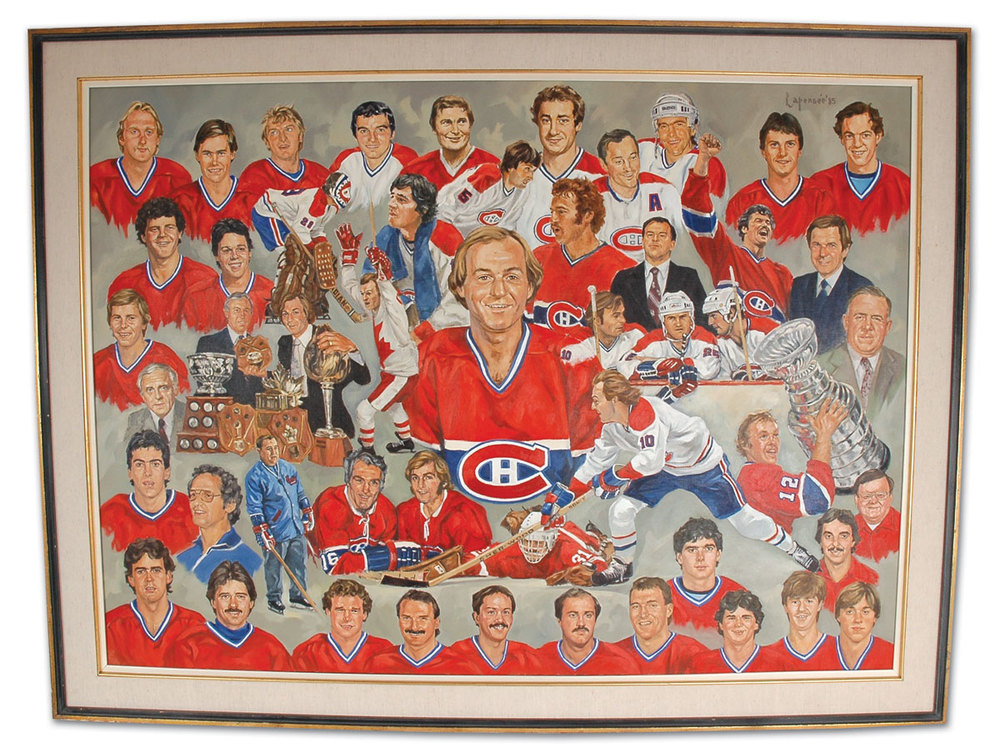 Few Canadiens fans might recognize the name Carleton McDiarmid, long-time goal judge at the Montreal Forum who passed away on April 25, 2009.

McDiarmid was an avid fan of hockey and the Habs, whose passions knew no boundaries. He served 34 seasons as a goal judge, moving uncomfortably into video replay.

In one of his first NHL games in the early 1970s, a Maple Leafs player wound up for a slapshot, and McDiarmid excitedly and prematurely hit the switch signalling a goal. The goalie made the save and referee Andy Van Hellemond came over to him between periods to offer him some sound goal judge advice. "He said, 'Look, Mac, it's better to be a second late than a second early."

During his life, McDiarmid amassed and contributed to a collection of hockey memorabilia that became legendary.

I first came across his name from the Classic Hockey Auctions site years ago, where portions of his vast collection were put up for bids.

McDiarmid, who passed away at age 72, lived a life that any hockey fan could envy. Tom Hawthorn of the Globe and Mail chronicled the dedication of his pursuits and interests in a fine piece this past Monday, and paints a portrait of a man who had a deep love of the game.

An artist and painter himself, McDiarmid was born in 1936 in Westmount, a stone's throw from the Forum, where his father held Montreal Maroons season tickets. The achievements over the course of his lifetime are mesmerising.

McDiarmid was on hand for the final game of the Summit Series in 1972, when Paul Henderson scored hockey's most famous goal. He once hunted down and recovered a stick used by Howie Morenz that once hung proudly in the Forum. He owned a complete set of the 1910-11 Sweet Caporal hockey postcards, only the second set ever produced. His artistic works have been commissioned by the Hockey Hall of Fame.

McDiarmind, along with fellow artist Jerry Hersh, drew illustrations that made their way onto the 1986-87 Kraft Drawings hockey cards — perhaps one of the most beautiful and memorable card sets ever produced.

Over his lifetime, McDiarmid met many of the subjects of his work, and it often lead to many memorable moments.

A modest man whose interests were hardly for financial reasons, he was in the midst of compiling a history of hockey shown through sports caricatures and editorial cartoons when he passed away.

"I believe I was born to be a hockey fan," he once said.

No doubt, and the world he shared his enthusiam with was richer for it.

Robert L Note: Earlier in the day, I posted a photo of four Kraft Drawings hockey cards from the 1986-87 set that included Patrick Roy, Wayne Gretzky, Grant Fuhr and Guy Carbonneau. It was my error in assuming they were the work of Mr. McDiarmid alone, as they were included with other works of his at the Classic Auctions link seen above. Early this afternoon, I was notified with a clarification that those particular drawings were in fact the work of artist Jerry Hersh. I apologize for my confusion. The photo has been removed, and an offer extended to artist Hersh for a feature here on his work.

Now that would be cool!