When Will Bryan Murray Be Held Accountable?

Share All sharing options for: When Will Bryan Murray Be Held Accountable? 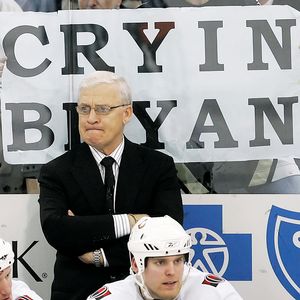 The Dany Heatley trade demand has dominated hockey's off season summer talk, but rarely brought up anywhere are the conspicuous details about the leaking of the story in the first place.

Case in point, it was not Heatley nor his agent who made the statement to the media. Players are only occassionally that foolish. Even less so when advised by agents.

The story broke after Heatley's agent, Stacy McAlpine advised the Senators after last season that Heatley would like to be moved to another club. McAlpine was never quoted in the media on the story, and he certainly didn't deliver the bombshell to Ottawa's waterboy or team mascot.

Heatley has spent the summer being painted as a selfish player, the chatter surrounding his view of his role on the team. He's endured being dragged through the mud and called every name under the sun for his actions, and no one will deny that he had some of it coming to him.

But again, Heatley and his agent, made their demands to the team discreetly, or so they thought.

In most NHL team front offices, the story would have been over and done with, consecrated by a trade. The salacious details may have followed, with Ottawa gaining fair value in the disgruntled player's departure from Ottawa. 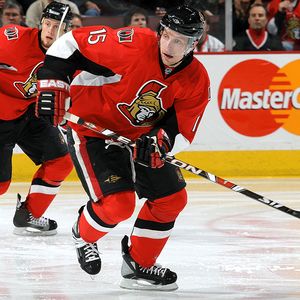 Four off seasons ago, when Ottawa made his acquisition after Heatley asked out of Atlanta for entirely understandable reasons, the hockey world learned of the details in the aftermath of the trade. That's is how things ought to proceed in front offices. Both clubs involved in that instance came out of the deal smelling like roses, and no players or persons were tainted in the process.

There's no reason to believe things could not have gone down similarly this time out. Heatley is a perennial 50 goal threat, and while his salary is lofty, there likely would have been up to a dozen teams interested before hefty chunks of free agent cash were spent July 1.

While everyone has busied themselves tarring Heatley in feathers, Ottawa GM Bryan Murray escapes the wrath once again. It's often been said in hockey circles that Murray must indeed have a cat's nine lives.

I'd qualify him a two headed Siamese!

How this man keeps his employ while successively bungling so many scenarios is beyond logic.

Here's an imcomplete, but small scoop of Murray incompatible masterminds:

In 2006, Murray former GM John Muckler opted to sign the wrong defenseman when given the choice between Wade Redden and Zdeno Chara. It has been said that Chara was Murray's choice to stay, and in that light it is curious why Redden's stock as a player feel so swiftly with Murray as his coach. 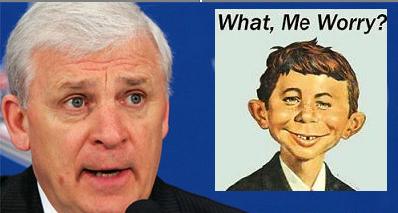 Since 2007, Murray has gone through four coaches in two seasons, if the list includes himself. The list included two NHL has beens, and a green AHL coach promoted when everything else failed. Murray clearly will not hire a coach esteemed a better one than he, as that would play into his back. There are suitable coaches out there, who have Stanley Cup rings.

Murray's moves have reeked of insecurity, at a time when Ottawa was a Stanely Cup contender after reaching the finals that same year. Two years removed, they are now a playoff pretender, with a team in disarray.

The downfall of the team has been less than dilligently documented by lazy Ottawa media. Starting in 2007-08, Murray found a scapegoat turned smokescreen in the tardiness of rebel goalie Ray Emery. In all the club's woes, Emery's deeds became the focal point and provided every Senators player with an excuse that masked the real troubles of the team.

Ottawa got off to a record start in 2007-08, losing but one of their first fifteen contests before the wheels blew off the wagon. The mismanagement of the club was horrendous, and Emery was the man stained in the process. He was bought off and exiled to the Russian KHL as punishment, but Ottawa in fact had punished themselves. 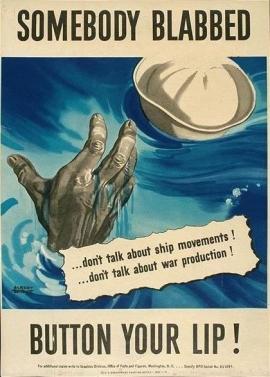 The Ottawa GM has shopped Heatley, after putting all potential on crutches. After the Redden's talks were leaked, who would want to consecrate a deal with Mr. Loose Lips. Managers protect their player assets, and part of that task includes not letting conversations turn into rumours in the medias hands.

Now Murray seems to have absolutely no understanding of how he has handicapped himself with past gestures. With a wish list of teams from Heatley in hand, he again commits the GM sin of flubbing a potential deal when players from a prospective trade from Edmonton are leaked to the media. Nevermind that the Oilers were never on Heatley's list to start with, Murray has now ticked off another trade partner in Steve Tambellini. One has to wonder how players such as Ladislav Smid and Andrew Cogliano feel about their team, knowing it was ready to part with them in return for the disgruntled Heatley.

Anyone believing Ottawa can remedy this entire mess with Murray steering is delusional. His one significant off season move to help the Senators along, bringing in the forever enigmatic Alex Kovalev, every coach's dream. If Clouston can't find common ground with Heatley, how on Earth is he expected to fare with the self piloting Kovalev?

Murray is a fiasco from breakfast to bedtime, leaving allies in disarray as his desperation trail weaves aimless paths. There are 29 secretaries of GM's in the NHL who have sticky notes pasted to their phones that say: "If Bryan Murray calls, I'm either in a meeting or on vacation!"

Heatley knows that there are teams that would be interested in him.

A deal won't happen until Murray is axed.

After losing Chara for nothing, they watched Redden depart for no return and Emery leave with no trade value on his name. Both Emery and Redden were considerable contributors to Ottawa's 2007 Cup run, and both had their stock bungled and mismanaged by Murray, who's never pointed a finger at himself, and rarely gets one pointing him out.

Along the way, Murray has handed out some pretty fat contracts to stars like Heatley, Jason Spezza and the hard working Mike Fisher. The gristle on those deals only becoming obvious when the players put up diminishing returns.

It became hard for Ottawa to enforce a team concept through numerous coaching shuffles, especially considering that there was no organizational accountability from top to bottom.

Early in 2008-09, with the club in a magnanimous downward spirral, team owned Eugene Melnyk rises to the defense and declares this bunch of unaccountable bandits Cup contenders still. A hockey nation shrugged in disbelief.

Late in the 2008-09 season, Ottawa seemed to bracing the bridge down the stretch. Credit is due either to coach Cory Clouston's methods, or to those lazy late season games that tend to become meaningless against opponants also out of the playoffs.

To whip his troups into shape, Clouston ruffles some major feathers, especially those now tarred and stuck on Heatley. The rookie bench boss displayed great steelness of will in doing so, but one thing rookie coaches often miss is that superstars often need to be managed with a different set of white gloves.

And so, a promising end to last season now threatens to boil over and cause disarray on what could have been in some ways a clean fresh start. It's a pity, and it should fall squarely on Murray's head.

The cliche is that loose lips sink ships, and one has to wonder how many lives captain Murray has left. Clearly, his fingers are jammed into the hole in the dam.

It's doubtful that the case of a disgruntled high profile player such as Heatley has ever been this badly mismanaged from the get go.

Murray first states that he does not know how the Heatley story got out. Trust me, he knows. Either he talks in his sleep on Bruce Garrioch's couch, or someone within the organization is guilty of repeated leaks to the media. The Heatley leak wasn't the first, and apparently it wouldn't be the last.

At the time, Redden was a valued blueliner on the team, and Murray should have shown full confidence in him. What does Murray do? Instead of working that confidence, he proceeds to twice trade him, despite the NTC, and against the player's wishes. First there is a potential Edmonton destination named, and Redden balks. It was almost as though he were trying to make Muckler's mistake look worse.

The following season, word is leaked that a San Jose deal involving Redden has been put on his table. Redden again declines, but not before Sharks player's names are leaked as well. Sharks GM Doug Wilson is more than a little irked.