Were The Montreal Media Too Harsh With Koivu?

Share All sharing options for: Were The Montreal Media Too Harsh With Koivu? 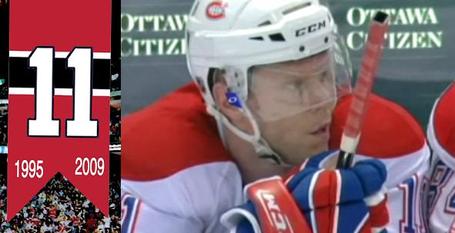 This was the question of the day on CKAC this afternoon.

They knew the answer, but in all their blind ass bigotry, still have the gall to put it to readers.

One one side of the argument, Koivu never brought the Canadiens to expected heights while being the lone bright light on some dismal teams. He was never a number one center, a vocal leader, and never lived up to expectations.

On the flipside, what more could the guy do? He gave the team his all, day in day out for 13 seasons. The failings of others aren't his. Had he been better surrounded, results may have been more positive.

In the middle of the mix, the media were fair in criticizing or lauding Koivu when they chose their angle. He never warmed to the french side of the media, or made efforts to speak french to the Montreal public. He got a fair shake, good and bad.

The first answer, nailed it on the head.

"It goes beyond severe", the caller went. "They were downright dishonest with him!"

So how do you see it - were the media in general too harsh on Koivu.

Habs Inside Out has posted an interview Koivu gave this afternoon on Team 990 that you can listen to here. Just a note - Elliotte Freidman mentions Koivu returning to Montreal as a member of the Ducks. It won't happen in 2009-10. The Canadiens play in Anaheim this season and it would have to wait until 2010-11, if Kovu is still with the Ducks.