Share All sharing options for: Say It Ain't So, Joe! - Sakic Retires At Age 40 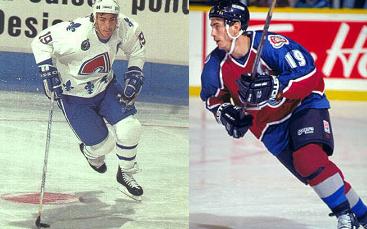 According to 9News, Colorado's Online News Leader, Joe Sakic, the long time center and captain of the Colorado Avalanche, will announce his retirement on Thursday. The news of his impending retirement came Tuesday - his 40th birthday. He has been in the NHL for 20 seasons - joining the organization when they were the Quebec Nordiques. He was the 15th overall pick by the Nordiques in the 1987 NHL Draft.

Throughout his career, Sakic was never anything less than a class act. He will be missed by fans of the game in every NHL city. 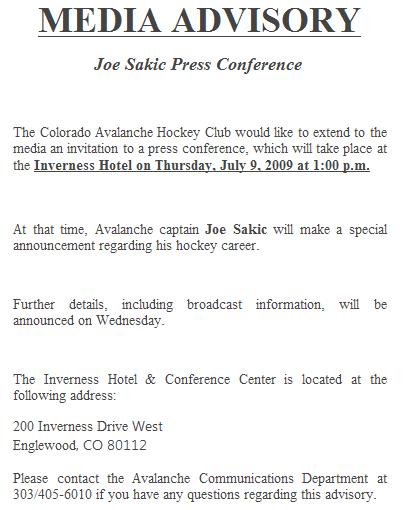 One of the few players in the modern age of hockey to remain with a single franchise his entire career, the classy Avalanche captain played in 1378 regular season games, scoring 625 goals and adding 1016 assists for a total of 1641 points. Ranked eighth in all time NHL scoring, Sakic is a lock for the Hockey Hall of Fame three seasons from now.

A two time Stanley Cup winner with Colorado in 1996 and 2001, Sakic sits tied for all time playoff scoring with Doug Gilmour at 188 points.

Sakic will be fondly remembered by Avalanche fans and hockey fans in general for many things, of which his gentlemanly off ice demeanor and quiet leadership became his trait and trademark. 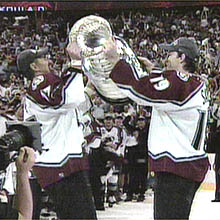 Perhaps the most cherished memory of Sakic occurred in 2001, upon winning his second Stanley. In a gesture that put lumps in the throats of all hockey fans viewing, Sakic did not immediately hoist Lord Stanley's mug, instead handing it to team mate Ray Bourque, who had waited 22 seasons for that moment. Sakic's thoughtfullness, would not allow for Bourque to wait a second longer!

From that moment on, the words "class" and "Joe Sakic" have belonged in the same sentence.

From all hockey fans, here's wishing that in retirement, Sakic's second act is as glorious as his first. 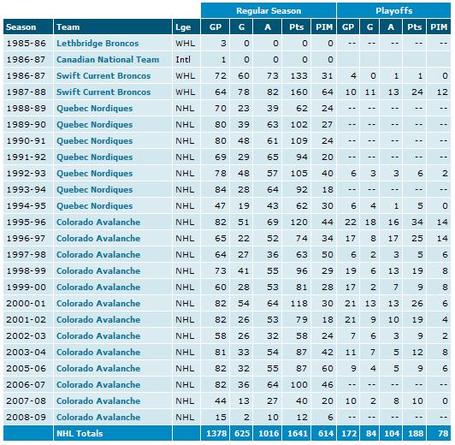