The Origin of the "Habitants" Term

Share All sharing options for: The Origin of the "Habitants" Term 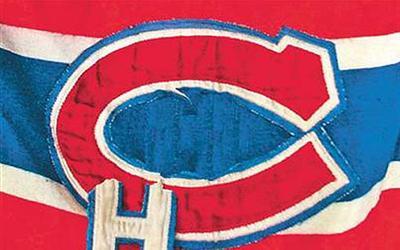 For the longest time, the soundest explanation on the origins of the term "Habitants" was a tale involving New York Rangers owner Tex Rickard sometime in the late 1920s. As that version went, Rickard, a promoter known North America-wide, had spoken the phrase in the New York media, and it spread from there. By all acounts, that is likely the origin of how Americans came upon the term, but it is not the true origin of the term itself in how it concerned the Canadiens.

Rickard explained, back in the day, that the word "habitant'' had rural connotations, and he invoked the farming populace of the province of Quebec in suggesting that a great many of the Canadiens players came from the habitants of the vast land. Rightfully or not, Rickard is often credited with being of the first to shorten the term to "Habs," and since he was quite the quote back then, spread the term far and wide.

As with many of the Montreal Canadiens myths and legends, the truth and fact behind them is much simpler. The noun "habit" in French or English, is defined as "the bodily appearance or makeup especially as indicative of one's capacities and conditions."

Continuing in that line of thinking, it is exactly what Canadiens fans in February, 1914 likely had in mind when they decided to dress distinctively to cheer on their local favourites for games at the Westmount Arena. The distinctive dress code was neccessary at that time, as the Canadiens were not the only tenants at the arena. The Westmount, in fact, had two local clubs: the Canadiens and the Montreal Wanderers.

Supporters of the Canadiens sought to distinguish themselves from those of their rivals, and took steps in that direction by donning woolen toques, multicolored belts,  even pearl-embroidered mocassins. The "habitants" look caught on, and soon the term itself spilled over into the Montreal sports pages.

In a February 9, 1914 edition of Le Devoir it was remarked that "les Habitants" continuously dominated the Wanderers on the evening:

In the same paper one week later, the term had moved up to the subtitle that read ''les Habitants blanked the Senators after six minutes of overtime:'' 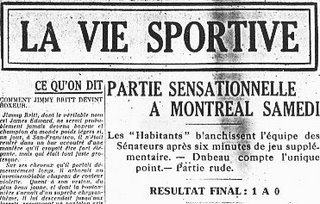 The photo included from Le Devoir, and some of the content of this article, were translated from Paul Foisy's post on Sport et Société Québec. Mr Foisy's article ends on a suggestive note, lamenting that for all the years Canadiens fans have been chanting "Go Habs Go!," it's unfortunate they do not still dress for the role as their hockey ancestors had.

I don't know about that!