Reconstituted Canadiens hard to get a handle on

Share All sharing options for: Reconstituted Canadiens hard to get a handle on 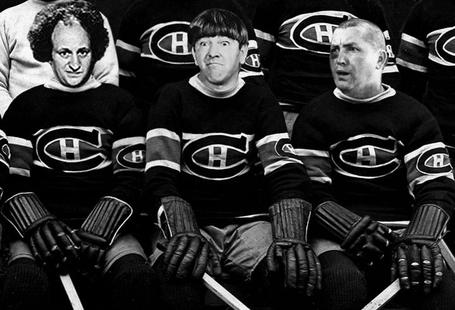 There is an old adage in NHL hockey, that more mistakes are made on July 1 than any other day of the year.

Although it is a long standing theory that needs little testing, what Bob Gainey acomplished in regards to overhauling the Canadiens lineup on July 1, 2009, will become fodder for future examinations into what is good or bad management.

"Overhaul", in fact, is the kindest term folks are using. I've heard words such as "pummelled, salvaged, ripped up" on the downside, and "reconstituted and streamlined" on the upside.

One day later, the aquisition of Scott Gomez, and the signings of Jaroslav Spacek, Hal Gill, Mike Cammalleri and Brian Gionta are no less mystifying. While these players, with the exception of Gill, are highly skilled, this just doesn't strike me as looking like a team to go forward with.

I see concerns with the club gelling as one would hope. In turning over a complete top line (Tanguay, Koivu, Kovalev) for an entirely new one, there could be problems both on the ice and in the dressing room. One - third of the defense has also been altered, which is less of a concern on it's own, but a deeper one in the overall scheme. Despite passing over ten free agents, players remaining will need to adjust to their new team mates, and there will be an elongated period of transition for everyone invloved.

And transition, in this period in Canadiens history, is truly the notion that went awry. It is one thing to "overhaul" a club when it disappoints, but in these instance, the assets that could best have been used to insure a smoother transition were mismanaged beyond comprehension.

While it's all good to have the money to spend for such an overhauling, the organizational philosophy of properly accumulating, developing, and accounting for assets has gone out the window.

With a pile of cash at their disposal, the Canadiens have become about as visionary as the New York Rangers, and Toronto Maple Leafs.

It used to be that drafting smart and grooming sensibly were the team's mottos. 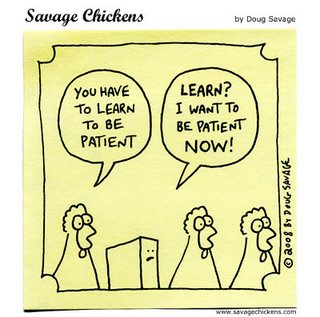 What has become of the Canadiens much bandied 10 unrestricted free agents? What have the Canadiens reaped from this mass of assets?

Nothing to show for Mike Komisarek who we will now get to watch six times a season in a Maple Leafs uniform.

For Saku Koivu, a nine season captain and 13 year veteran, we have nothing but memories.

For Alex Kovalev, the star of the Bell Centre show on many nights over the last four seasons, there is no return.

Alex Tanguay, last summer's big acquisition, who cost the club a first round draft pick, the Habs are left with a windgush and a void.

In the cases of Robert Lang, Mathieu Dandenault, Patrice Brisebois, Francis Bouillon, Tom Kostopoulos and Mathieu Schneider, it can be assumed that there would have been little return under the best of circumstances.

While late season injuries and post season assessments figure in as to why the Canadiens were placed in a position in which it receives nothing for the group, it must be noted that it was Gainey's plan all along to proceed in this manner.

It should also be said of the four key departures that each of those players has essentially been replaced on the starting roster, but in doing so it cost the club close to an additional $5M to do. Would it not have just as feasible to retain the top line of Tanguay, Koivu and Kovalev, in addition to Komisarek, spending near $18M as opposed to $23M, and add a player of Gomez or Cammalleri's stripe with the money left over?

And money left over will soon become an issue if it isn't already. As it stands, there are now 16 players on the Canadiens NHL payroll, totalling $47.961M. This total includes a projected bonus to Carey Price, but does not include the two way contracts of Max Pacioretty, Yannick Weber, Ben Maxwell and Alex Henry, who played games with Montreal in 2008-09.

With a salary cap of $56.8M, that means the Canadiens have $8.839M to divvy up between RFA's Tomas Plekanec, Guillaume Latendresse, and Matt D'Agostini - who will most surely play full NHL seasons - and Kyle Chipchura and Greg Stewart, who may be on two way deals once more. Considering that Ryan O' Byrne and Weber are the sixth and seventh D men on the NHL roster, it can be foreseen that another contract will need to be added to the roster.

Talk about a tight squeeze. There is little manoeverability here.

It doesn't get much brighter one year along. In 2010-11, the Habs payroll stands at $42.482 - a drop of only $4.429. After this season, Glen Metropolit will be off the books, but then RFA's Price, Sergei Kostitsyn, Jaroslav Halak and Maxim Lapierre will need to be taken care of. Those four players presently account for $4.360 of the $4.429 drop. 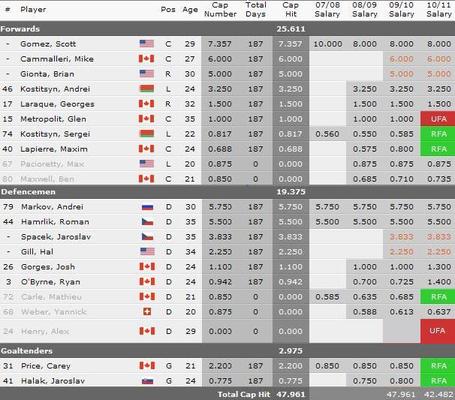 With estimations that the salary cap could drop as much as $5M in 2010, the Canadiens could be in a pickle by next summer. With a better free agent crop one year from now, the Canadiens will have no idea where they stand by then. In can almost be predicted that between then and now, there will be more assets parted with for no return. The Canadiens, with these recent moves, have shacked themselves up Philadelphia Flyers style.

It has clearly gotten hard to follow Gainey and the Canadiens' logic this past week.

Changing the team's identity and culture is one thing, but it seems as though Gainey acted much in defense of his critics, which would be unusual for him. The moves have left a sour taste in the mouths of fans, who are left cheering for a team they can barely recognize.

The entire situation reminds me of attending a concert of a band whose songs I barely know. They might have had one big hit, a few years back, but they have a brand new lead singer I've never heard of. This ticket has been foisted upon me, and I've showed up for my front row seat, arms folded, in a "show me" state of mind.

Until this lineup rocks it - I won't be up cheering and dancing.