Share All sharing options for: The Gainey Regime 2005-06: Year Two 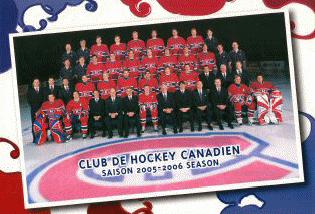