Did the Canadiens Mess Up by Not Drafting Maxime Talbot in 2002?

Share All sharing options for: Did the Canadiens Mess Up by Not Drafting Maxime Talbot in 2002?

When it comes to the inexact science that is the drafting of 17 and 18 year old players into the NHL, it is often said that hindsight in 20/20. I'll add that such hindsight is often downright cockeyed, especially in terms of making a point years after players selected have matured.

In regards to where the Montreal Canadiens are concerned, it has often been stated, mostly by local media who have gotten their facts askew, that the Habs virtually ignore Quebec born talent.

Like many other mistruths, the fact begins to follow those who bark loudest. It's the old adage of the most recent historian having the last word.

What is really comes down to, is fibs selling better than facts.

Talbot, the game seven hero of the 2009 Stanley Cup finals, would look to be a natural in Montreal Canadiens uniform. After two fairly good seasons with the Hull Olympics of the QMJHL, the Lemoyne, Quebec born forward was selected by Pittsburgh as the lights were being shut off that year, all the way into the eighth round, 234th overall.

In certain parts, it has been considered sacrilege that the Canadiens could miss this talent. Talbot plays with such obvious heart, it is a question that I myself asked during the Penguins final run.

It turns out I wasn't alone in thinking this, as Hall of Fame fournalist, Bertrand Raymond (Journal de Montreal, Rue Frontenac) also made it a point to single out Talbot recently, in an article preceding this summer's draft.

Raymond rarely wavers in his stance on the Canadiens drafting local players. He is unequivocal in stating the when the choice comes down to selecting between two players of equal talent, the Canadiens should without fault select the Quebec born prospect. Raymond states that a player performing in his own backyard will show more heart at the task, for obvious reasons. I've always agreed with that notion. The Canadiens as well, have often trotted the same mantra when applicable.

Now along comes Talbot and his front page heroics, and hindsight goes all cockeyed once more. 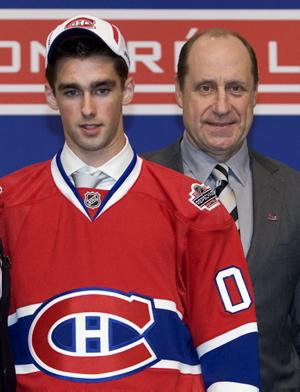 Raymond was writing on Louis Leblanc's chances of becoming a Hab three weeks ago, when he took the Canadiens and Trevor Timmins to task for missing out on Talbot. The journalist quoted former coach Michel Bergeron, who's often said of Timmins, that he "can spot a Russian player behind a snowbank in Siberia, but he'll miss a Quebec born talent on the street before him."

Alluding, and not without fault, that perhaps Talbot had yet to show his full bloom by 2002, Raymond then notes that Talbot should have been held in higher consideration by the Canadiens at the time.

Fair enough. Raymond does state that 30 teams passed on Talbot for a full seven rounds before Pittsburgh fired a bullseye. It is a stretch to suggest the Canadiens did not have their eyes on Talbot. All that can be said is that they likely didn't have him rated as highly as Pittsburgh had come that round

Talbot played two more seasons in the Q, and was named league playoff MVP both years. Who knew, right?

Looking back, Raymond defends his stance in criticizing Timmins for missing the mark on Montreal drafting french players as such:

"Readers have given all kinds of interpretations to my comments regarding Timmins' lack of interest for francophones in the draft", says Raymond. That year, the Canadiens drafted five players ahead of Talbot, four of which would never wear a Canadiens sweater. Never. That is what I mean when I allude to a lack of awareness by Canadiens scouts over the years when the question concerns players of the Quebecois fibre."

Now here's something to remember - memories can be awful selective at times. I'm not trying to play with words. It's the way brains work - mine, yours and everybody else's.

Of 291 prospects chosen in 2002, only 15 would come from the Quebec league. Chicoutimi's Pierre - Marc Bouchard went eighth overall to the Minnesota Wild and team mate Jeff Deslauriers - Drouin went first in the second round to the Edmonton Oilers. Most of the rest of the names are a collection of "never heard from again" players you'll have a tough time remembering who they were selected by.

All told, of the 15 Quebec born players drafted, only 5 have to this point, played in an NHL game. 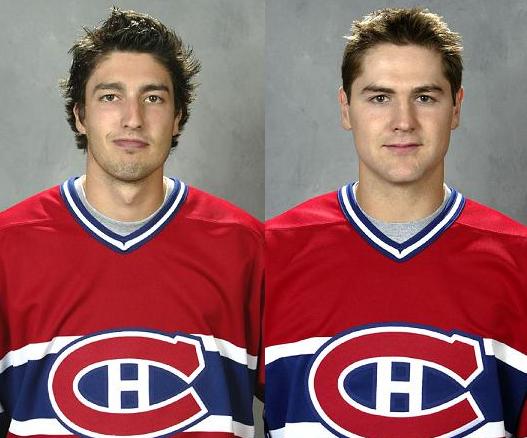 If Raymond had checked into the facts a little deeper, he would not have conveniently forgotten that two of those players drafted by the Canadiens he says would never dress for them or play an NHL game were actually QMJHL products - Michael Lambert and Jonathan Ferland. The latter actually did play in the NHL.

Lambert was a 6' 5'' , 220 lb left wing with the Montreal Rocket, who put up 29-24-53 numbers in 71 games in his draft eligible year. He added 111 penalty minutes, surely catching the Canadiens scout's eyes. The prospect would split his time in both the ECHL and the AHL during his contract years with the Canadiens. In three seasons with the Hamilton Bulldogs, Lambert played in 126 games, putting up 24-16-40 totals. He plays in a Quebec industrial league these days.

The Habs did a little better with a later pick, the 212th, wherein they selected Ferland from the Acadie - Bathurst Titans. Ferland remained in the Canadiens organization until 2007-08, and although he seemed to progress annually, he never performed up to hoped for standards. He earned a seven game stint with Montreal in 2005-06, and scored his lone NHL goal that season. In five seasons with the Bulldogs, he scored another 57. It cannot be said that the Canadiens did not give this seventh round pick a fair shot.

Without hindsight, how does any truly know how players will pan out from the later rounds?

What bugs, is that Raymond should know better, when dropping these "so called" mistakes on Timmins' lap. For starters, Timmins wasn't the Canadiens directors of scouting in 2002, he was with the Ottawa Senators. Secondly, Timmins did not shy away from selecting Quebec league talent. Starting in 2003, Timmins and his scouts have regularly selected QMJHL players. Here's a look by year, round and rank: 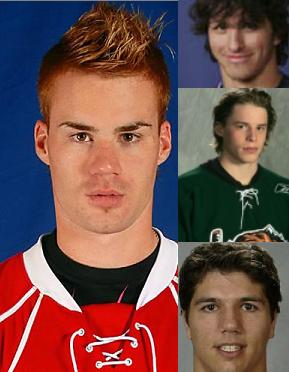 * played one season in QMJHL with Chicoutimi Sagueneens after being drafted. 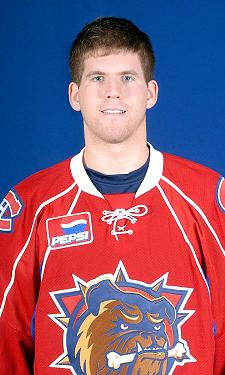 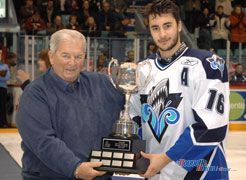 No players chosen from the QMJHL

No NHL players to date

No NHL players to date 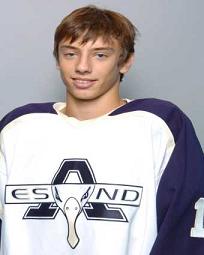 All together, the Canadiens have drafted 55 players under Timmins' watch, 13 of which were QMJHL or francophone players - that's close to 24% of all players drafted by the team.

As draft choices generally take two to three seasons to reach the NHL, the players selected from 2007 to the most recent draft have yet to come under full evaluation. Judging how well or not Timmins has done, is best served by looking primarily at the 33 players chosen from 2003 to 2006.

During those five drafts, 10 of 33 players were QMJHLproducts or francophone choices, and they include Urquhart, Lapierre, Stewart, Bonneau, Lacasse, Dulac - Lemelin, Latendresse, Aubin, Paquet, and Carle. These picks represent 30% of the Canadiens selections during that time. Of the aforementioned, only Lapierre and Latendresse have become NHL players, which means the Canadiens have a 6% ratio of success when drafting locally.

Of the remaining 23 players chosen in those five drafts, 12 players have played at least one NHL game, representing a 54% success ratio when the Canadiens draft outside of Quebec.

(I am aware that this is a blanket surface assessment that does not give way for numerous mitigating circumstances involving players and where they were chosen, but the discrepancy in ratios still speaks largely for itself.)

Perhaps Timmins is aware of this, as only 3 (Fortier, Leblanc and Dumont) of the Canadiens 22 selections in the three most recent drafts are considered local product.

While Raymond and other journalists are stating loudly that the Canadiens aren't paying close enough attention to francophones in their backyard, perhaps the opposite is true.

Maybe Timmins is making less selections out of the Q because he is in fact paying greater attention, and not seeing much.