Mara signings for Canadiens fans to Moen about

Share All sharing options for: Mara signings for Canadiens fans to Moen about 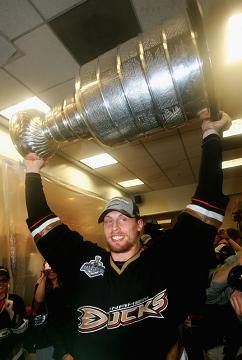 Consider the players upgrades on Patrice Brisebois and Tom Kostopoulos.

I'm especially pleased at the addition of Moen, a tough checking forward who knows his limitations and understands his role. While generally a fourth line player, Moen is capable of minutes against top lines and penalty killing. He ought to fit line a glove with a centerman the likes of Glen Metrolpolit.

Moen is also another player with a Stanley Cup ring, having won with Anaheim in 2007. That season, he played a key role in the playoffs, teaming with Sami Pahlsson and Rob Nidermayer in forming a very efficient shut down line. I don't recall the exact stat, but I recall hearing that spring that the line went something like 11 straight games without an even strength goal being scored against them. That's impressive. 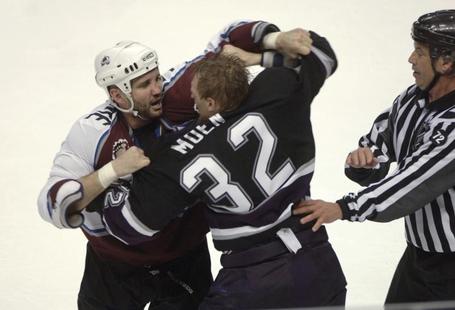 The 27 year old Moen is a six season NHL veteran who played one season in Chicago prior to becoming a Duck. He stands at 6' 2'', and weighs 211 lbs. Needless to say, he won't be the same punching bag Kostopoulos was.

Paul Mara will fill a similar role on the Canadiens, and will most likely be paired with either Josh Gorges or Hal Gill on the third defensive unit. He also brings size - 6' 4'', 210 lbs - but is not generally regarded as an aggressive defender. It is quite likely he joins the Canadiens on the recommendation of new assistant coach Perry Pearn, who had Mara in New York last season.

Mara is well travelled. He had previously played with the Tampa Bay Lightning, Phoenix Coyotes and Boston Bruins before joining the Rangers in 2006-07. A few seasons ago, Canadiens GM Bob Gainey had negotiated with Mara in the off season, but the defenseman resigned in New York. The 30 year old Mara is signed with the Canadiens for one season. 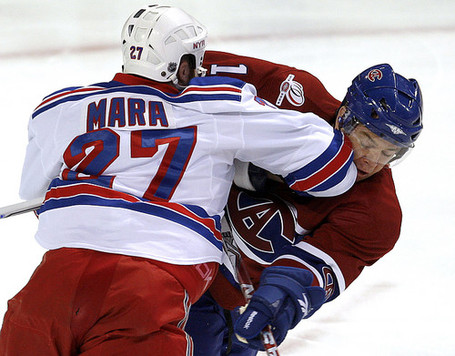 Here are the stats of Mara and Moen from Hockey Database and their profiles from Legends of Hockey. 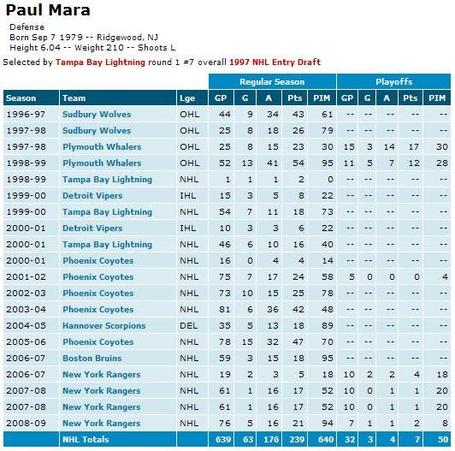 A top amateur prospect growing up in Boston, MA, Paul Mara has been an NHL regular for the most part since making his NHL debut late in the 1998-99 season.

Born in Ridgewood, New Jersey, Mara starred at Belmont Hill High School before joining the OHL's Sudbury Wolves in 1996-97. He was chosen seventh overall by the Tampa Bay Lightning after registering 43 points in 44 games and playing the body effectively as an OHL rookie. Mara returned to junior for two more years and fired 13 goals for the Plymouth Whalers in 1998-99.

The young blueliner notched a goal and an assist in one NHL game for Tampa Bay after his last junior season. After playing the first 46 games of the 2000-01 season, the talented youngster was a key part of the package sent to Phoenix for holdout goalie Nikolai Khabibulin. Mara averaged nearly 20 minutes per game and played with a great deal of confidence in the last 16 games of the regular season for his new club.

A three-time member of the U.S World Junior Team, Mara spent some time early in his career gaining some experience in the IHL with the Detroit Vipers before he played his first full season in the NHL in 2001-02. A durable player, who plays strong in his own end, Mara has seen his offensive numbers increase over the past two seasons and continues to be one of the top young talents in the league.

Following parts of four seasons with Phoenix, Mara was dealt to the Boston Bruins by the Coyotes in exchange for Nick Boynton. Mara's stint with the Bruins was short lived when after only 59 games with the club he was dealt to the New York Rangers at the NHL trading deadline. In the summer of 2008, the Rangers locked up Mara to a 1-year, $1.95 million contract. 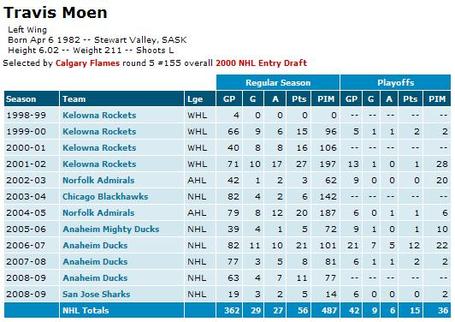 Travis Moen was born April 6, 1982 in Stewart Valley, Saskatchewan. A free-agent signing by the Chicago Blackhawks in the fall of 2002, Moen is a graduate of the WHL's Kelowna Rockets.

A hard-nosed winger, Moen played four seasons in Kelowna before making his professional debut with the AHL's Norfolk Admirals in 2002-03. After one season in Norfolk, Moen impressed the Chicago brass at training camp to earn a roster spot with the club. In his first season as an NHLer, Moen registered six points (2-4-6) and 142 PIMS.

Following a lock out season in 2004-05, Moen was acquired by the Anaheim Mighty Ducks in the summer of 2005. He saw action in 39 games with the Ducks that season and went on to score his first playoff goal on May 5, 2006. In the 2006-07 season, Moen combined with Samuel Pahlsson and Rob Niedermayer to form the Ducks top defensive line. In the playoffs that season, Moen saw action in all 21 games and scored the cup-winning goal in game 5 of the Stanley Cup Final.

In 2009, Moen was traded at the NHL trade deadline alongside Kent Huskins to the San Jose Sharks in exchange for forward Nick Bonino and goaltender Timo Pielmeier.