Share All sharing options for: Losing Komisarek, Another Gainey Riddler! 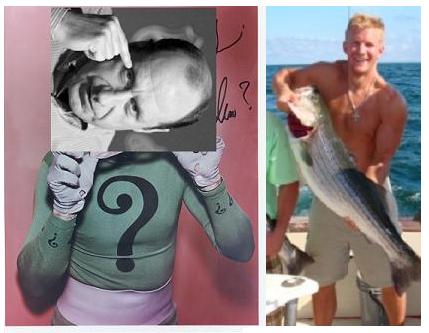 I don't get this at all!

The Canadiens draft a defensemen in the first round eight seasons ago, and he matures into a top performer. Two summers ago, they sign him kinda cheap - at $1.9M - and he becomes a key member of the team, even playing in this season's All Star Game in Montreal. For two seasons now, he has been a top pairing defenseman on the club, near the top of the league in blocked shots and hits.

His date with free agent destiny comes, and the Canadiens just let him walk.....to their longest standing rivals for a reasonable price.

The Canadiens could have easily matched the offer Mike Komisarek received from the Maple Leafs today. Gainey in fact made allusions last week that Komisarek was his priority.

I'm starting to not believe, and not believe in Bob Gainey very much anymore.

With Komisarek's money, the Canadiens added Jaroslav Spacek at $3.5M per year. He'll be 38 when that contract ends. They also took on lumbering Hal Gill, who doesn't quite make up in reach, what he lacks in speed. Add in his $1.2, and you have Komisarek salary but little of his attributes.

Everyone's been down on Komisarek since the night he became Milan Lucic's punching bag. He was hardly the same player after, but I've always believed he was playing hurt. He sure looked it. All his on ice gestures became tentative. His passing went from safe and calculated to reckless and wild. He attempted hits when he should have remained poised. He lost his instinct for playing the man instead of the puck.

Perhaps it was just another case of a player trying to do too much in a contract season. In attempting to become a leader, he started lacking leadership by not concentrating on his own work. In the final quarter season, he became almost pitiful to watch.

In 2009-10, Komisarek could well rebound to his old self, and at the salary he signed for, it would have been more than worth the risk for Montreal. There were up to ten teams - it is told - negotiating with Komisarek today. Had he not panned out as a newly signed Hab, he could surely have fetched a good return.

It's solid management to parlay first rounders into first rounders when they depart. Sign and trade is a better option than signing off. A GM that can better evaluate on the fly would have gotten something for Komisarek.

The Canadiens get squat for their "priority" player, and have turned to "bouche - trous" costing the same to fill his spot.

Had the Canadiens signed Spacek and Gill as a reaction to losing Komisarek, such a reaction would almost seem plausible.

Why Gainey signed them first, and then signed off ofn Komisarek is a riddle of vaste proportions!