Savard Steps Aside, As Molsons Step Up In Habs Ownership Bid

Share All sharing options for: Savard Steps Aside, As Molsons Step Up In Habs Ownership Bid 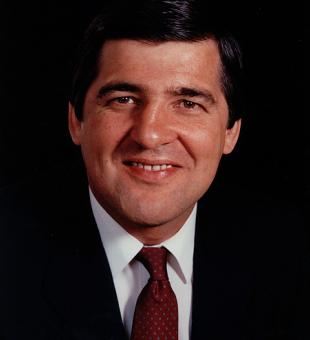 Serge Savard has apired to owning the Montreal Canadiens for quite some, but recently the intent displayed by the Molson family to gain ownership has cooled his desires, to the point where Savard now considers himself "on the sidelines".

In an exclusive interview (translated in its entirety here) with Jean Francois Begin of La Presse in this mornings paper, the former defenseman and GM for the Canadiens declared that his "perspective on purchasing the club completely changed" when the Molson family came on the scene expressing their desire to purchase the team "on their own or with partners" just this past week.

"We have submitted a document and we are prepared, but the arrival of the Molson family changes things", Savard admitted. "I have always been linked intimately with the family. I don't have any wish to go to battle against them and I am not interest in having such battle for no reason. I'm on the sidelines."

Savard is not hiding that financial considerations have influenced his decision.

"There are serious firms engaged in this process, but we put the brakes on everything the moment the Molsons showed their interest. Before entering the next phase and spending between three and five hundred thousand dollars to perform a dilligent verification of Mr. Gillett's properties, you have best be in line or you will slam into a wall."

Savard has not completely closed the door on his ideas of purchasing the hockey club, but he intends to confine his position to waiting in the wings for a change in developments.

"I'm not saying we're closing the books on this. Let's just say we are waiting for the opening kickoff. If someone fumbles the ball, you never know what can happen."

Clearly, Savard intends not to go up against the Molsons, as he feels " practically like a family member."

Savard professes much admiration for Geoffrey, Andrew and Justin - the three sons of Eric Molson. The latter has recently removed himself from the Molson Coors administration - the brewery currently owning a 19.9 share of the team. Geoffrey is the vice president of marketting for Molsons Canada and is a member of the Canadiens administration, Andrew is a vice president on the Molson Coors council, and Andrew is a landscape architect in Vermont.

"They are three dynamic young men who have taken control of the family fortunes, and I have known them since I became a member of the Canadiens. When I was general manager and when I played, they skated with my children on Forum ice during team Christmas parties."

"For me, it is a logical choice. They are there for all the right reasons. They are there for the hockey, not for the content or this or that", Savard said, in what is a seemingly veiled dart at Pierre Karl Peladeau. The president of Quebecor rarely misses an opportunity to underline to which point owning the Canadiens would fit into his scheme of things in the strategy of his enterprise.

Judging by comments made by Peladeau in the Saguenee region on Tuesday, it seems as though he is feeling the rug slipping under his feet. After having declared last week the Molsons entering the bidding process only added "confusion", he has now qualified the fact that Bob Gainey has named Jacques Martin as the team's new coach as "curious".

Peladeau stated yesterday that he felt Gainey "should have waited two more weeks so that everyone could make the decision in common accordance."

Savard refused to comment on information published by La Presse on May 22 that suggested that he had partnered with BCE in order to purchase the club. BCE are 15% owners of CTV Globe Media, who are in turn owners of RDS. In essense, Bell is a direct competitor of Videotron, who are owned by Quebecor.

If Savard has indeed stepped aside, there is reason to believe that BCE has now aligned themselves with the Molson family, as a source close to La Presse has confirmed. The Molsons would have gotten on board with Bell in order to cut Quebecor off at the finish line. Due to their presence on the Canadiens administration council, they already have a priveleged relationship with owner George Gillett. According to one insider, the deal "is already in the bag."

Of course, all this rests on the notion that Gillett will indeed sell the team.

"The last time I spoke publically (in April) George Gillett still had not said the team was for sale, and he still hasn't", said Savard.

"He said only that he was intent on finding out if there was an interst in buying the team. There sure is."