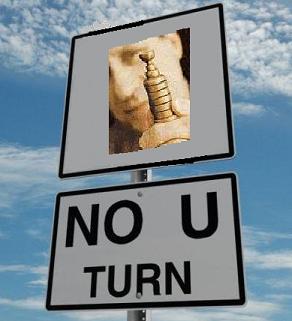 Salary cap space: All kinds - in the neighborhood of 34.8 - to spend freely!

Potential targets: Mainly, the Sedins twins via free agency, Vincent Lecavalier via the trade route, and Francois Beauchemin in response to the potential loss of Komisarek, are staters. With more cap space available than all other teams, agents and GM's will be calling Montreal instead of vice versa this summer.

What our rivals want: Maple Leafs, Senators, and Bruins ...who cares - let's just keep an eye on where the Penguins are headed!

According to NHL Numbers, the Canadiens currently have 15 players on NHL contracts totalling 23.52M. They are forwards Andrei and Sergei Kostitsyn, Georges Laraque, Glen Metropolit, Maxim Lapierre, defensemen Andrei Markov, Roman Hamrlik, John Gorges and Ryan O'Byrne, and goalies Carey Price and Jaroslav Halak. Four other players names appear under this total, and they are forwards Max Pacioretty and Ben Maxwell, and defensemen Yannick Weber and Mathieu Carle. Suffice to say that 11 or 12 roster spots are taken and that 10 more need to be filled.

On his own players, GM Gainey has stated that priority 1 is retaining D Mike Komisarek, and an offer, with esteemed better term that per anum, has been tended. The problem is Komisarek's priority seems to be set on annual renumeration.

The club has also spoken with three other priority players (UFA's) it wishes to retain, and it consists of the line of Koivu, Kovalev, and Tanguay. Of the other 9 UFA's, the club has either informed them of eventual interest or passed on returning them.

The Canadiens expect to become big players come July 1. Gainey, along with several media reports, suggest a variety of scenarios and players to fill the roster. The Habs amount of cap space dictates that they will receive an abundance of calls from agents looking for homes for the players and well as rival GMs calling for assistance and solution with cap issues.

The Vincent Lecavalier scenario has been dangled ad nauseum and is believed to still be in play. Should they not be signed in the next 48 hours, the Sedins will be in the forefront of Gainey's plans. Other players of whom Gainey has shown interest in acquiring in the past, such as Marian Hossa and Martin Havlat, could also come into play.

The club has positioned itself quite favorably for this moment, and it not been accidental by any means. Gainey plans on taking full advantage of the liberty he has afforded himself. One delicious and logical scenario allows for Gainey to bring in the Sedin twins for 12M and spent as much as 15M on the Koivu, Kovalev and Tanguay line (what they made last season). Such costs would leave the team with close to 8 M on the table to retain certain RFA's (a selection of Latendresse, Plekanec, Higgins and D' Agostini), Komisarek if he wishes / changes his mind, or lure Beauchemin or another defender. In either option, he may still have the assets available to make a trade for Lecavalier, depending on what he is willing to subtract from money already allotted for next season.

Here is a line and pairing scenario, without Lecavalier:

Spares: Chipchura, Schneider or Dandeneault, at a low rate.

To fit in Lecavalier money wise, the fourth line could /would be subtracted.

In any scenario, Gainey would likely be selling the idea of the kind of team to be built, perhaps keeping a salary demand of three from his own RFA's in last season's range.

The possibilities will be numerous!