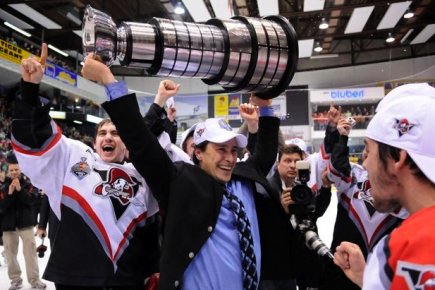 RDS had reported earlier today that Drummondville Voltigeurs coach Guy Boucher would be the new bench boss in Hamilton. The Canadiens official site have now confirmed the news. Boucher was chosen over a pair of other QMJHL coaches for the post.

Boucher, in his third season with Drummondville, lead the club to the league championship and a berth in the Memorial Cup tournament. Boucher is highly thought of. At one point it has been esteemed that he might be in line for the Canadiens head coaching position before the hiring of Jacques Martin. 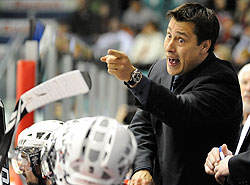 Boucher, a hot commodity in the coaching ranks, gained much credit for taking the Voligeurs from a 33 point season to a 112 point campaign this past year. He was also an assistant with the Canadian World Junior Team that won a fifth consecutive gold medal at the WJC in Ottawa this past January.

One player who is surely very happy about this news is Gabriel Dumont, a key cog in Drummondville's successful season, who was drafted by the Canadiens in the fifth round, 139 overall. Dumont will most surely meet Boucher again, in two season's time.