The Canadiens Draft Class of '09 a Promising Bunch

Share All sharing options for: The Canadiens Draft Class of '09 a Promising Bunch

"I felt we did good. It was a good day, but we'll have a better idea exactly how good five years from now." 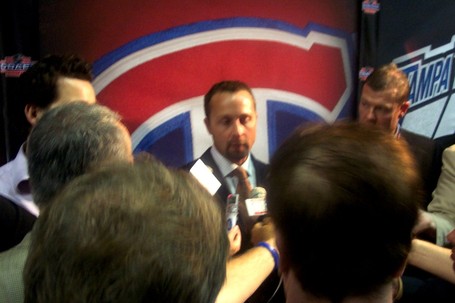 Canadiens scout Trevor Timmins, in front of a scrum of 25 mics and cameras, was assessing his team's picks at random, with spins positive on all 8 players selected. A question regarding how he will always say the team "got their man" put a smile across his face.

"In each round, there are groups of players evaluated equally, of which we have sights set on three or four. There is a preference from that group. Sometimes we get the one we want most. A few get away. That happened twice today, but we are very please with who we have." 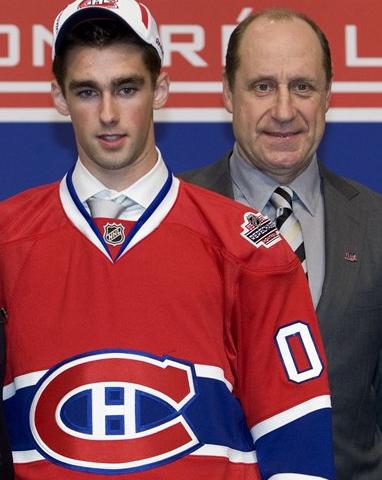 The Canadiens head of scouting fielded more questions, quite naturally, about first round pick Louis Leblanc and Drummondville's Gabriel Dumont, a player he later stated had some Maxime Talbot doggedness in him.

Dumont is small at 5' 9'', 170 lbs, but scrappy with a knack for scoring big goals when his team needs. He scored 28 goals in 51 games for Drummondville in the regular season, adding 19 points in as many playoff games. 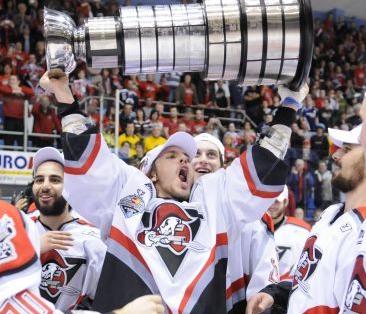 On Leblanc, it was evident that Timmins is a big fan of his intelligence and maturity, along with his package of skills. Leblanc has been compared to the Flyer's Mike Richards work ethic wise. Timmins alluded to such, stating that Leblanc works out as hard as any player he's seen, and that his true potential "should begin showing itself two years from now."

Timmins admitted that the scouting department were keyed on drafting centers. While noting that the team had selected a great deal of defensemen over the past few years, organization depth determined that the team fill up at the pivot position. 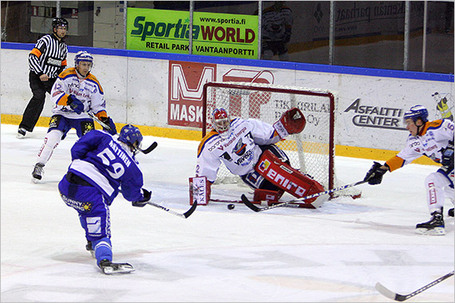 Often using the terms "hidden gems", "home runs", and "steals", Timmins placed three of his team's choices in those categories. Selected in Round 3, Joonas Nattinen of the Espoo Blues, the team's second choice on the day, was a steal according to Timmins. Along with fourth rounder Alexander Avtsin, Timmins noted that European and Russian players have dropped in ranking in recent drafts, likely due to the hesitancy of these players in regards to playing in North American. On that front, he admitted to calculated risk in making these selections. 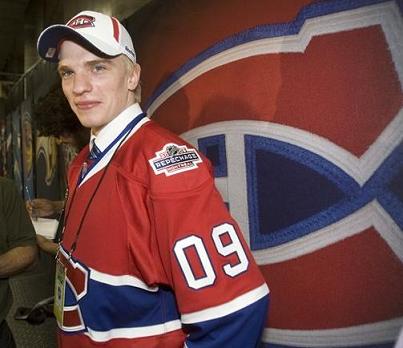 The Finnish born Nattinen is physically comparable to the Minnesota Wild's Mikko Koivu. Timmins was exceptionally impressed by the fact that he played on all his teams specialty units, being used for important faceoffs by his coach.

"We think he has lots of potential. He played on the No. 1 power play at the World Juniors and that says something for a 17 year old. He’s a big, rangy center which we’re looking for in this organization."

Timmins was equally happy about Avtsin, who was one of a trio of Russians attenting the players draft combine in Toronto earlier this month. That gesture, Timmins stated, proves the player's intent for playing in North America. If Avtsin is prepared to, Timmins suggested that is "ready to put him in Hamilton right this year." 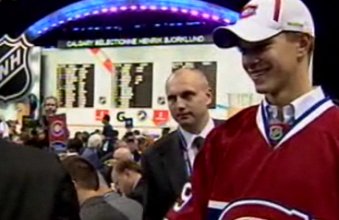 The 6' 2" Moscow Dynamo winger put up amazing numbers in the Russia 3 league last season, His 56 goals and 54 assists along with 130 penalty minutes had him ranked by TSN as the 61st prospect overall and the 18th among European skaters by Central Scouting. In grabbing him with their 4th round pick, 109th overall, Timmins suggested that "it may have been his exclusion from the U18 team" that dropped his stock. Timmins was somewhat mystified by that exclusion, noting that he'd seen the player quite a few times and that "he belonged."

"Alexander does it all; he plays hard, he’s in the corners, he can shoot the puck, he can make plays and he’s passionate about the game." continued Timmins. "For us, he has first round ability but his nationality and lack of exposure is probably why he didn’t get taken earlier. He’s made a commitment. He’s here today in Montreal, he was here at the combine and he wants to play here."

Avtsin was interviewed on Russian television immediately after being selected by the Canadiens. Russian Hockey Prospects website translated the short clip here.

"I try to play with power methods, rapidly and rigidly. I don't hold myself. I really want to be like Ovechkin. So far my biggest problem is the puck control, I have to work on that. I was picked by a strong team with a rich tradition. It's a good thing that on Montreal there are other Russians. This will accelerate my adaptation process once I'll move to North America. I plan doing that in one year."

The Canadiens were also high on third round pick Mac Bennett, a 5' 11", 170 lbs defenseman who the Hotchkiss School in Connecticut last season. Bennett is earmarked for the USHL next season and NCAA the year after, but the Canadiens would like to see him line up with the Gatineau Olympics of the QMJHL. 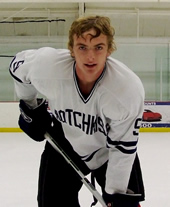 Timmins called Bennett a "quarterback defenseman and an excellent skater" - a sleeper pick who missed exposure due to a sprained right MCL that kept him out a good part of the season.

Bennett has all kinds of NHL lineage. His uncle's Curt and Bill were not NHLers, as well as Harvey Bennett's senior and junior in the 1940's and 1970's respectively. Mac's father Jim played pro in the International Hockey League, while brother John played in the World Hockey Association.

The Canadiens sixth round pick Dustin Walsh, is a 6' 2'' center from the OJHL's Kingston Voyageurs. Walsh is decribed as player whose best asset is his drive for the net. He was chosen to play in the CJHL's 2008 Top Prospects game for Team East He is signed up at Dartmouth University for next season. Their website describes him as follows: 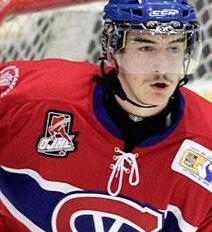 "Walsh is a big and fluid player who has a great understanding of the game. He is a slick player with tremendous passing ability. Has shown good poise around the net and can be strong on the puck. He has great hands and the puck seems to have the ability to follow him around the ice. He has elite and power play potential."

From the Canadiens official site Timmins weighs in on 7th round picks Michael Cichy, a center who played with Indiana of the USHL, and 6' 6'' Finnish goalie Petteri Simila:

"Cichy was the MVP of the USHL, MVP of the Playoffs and MVP of the tournament in Camrose and he’s going to the University of North Dakota next year where he’ll be roommates with Danny Kristo. This is a smart young hockey player and the UND is a great development program." 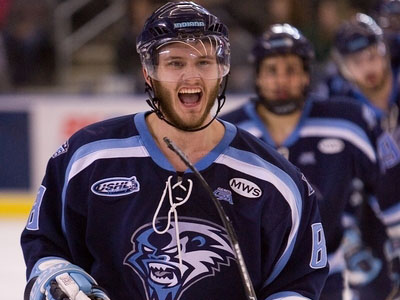 "I had my scouts on top of me for the last pick that we had. They both had potential NHL players in their mind and on our list." Petteri Simila, picked at 211, Timmins calls him "One big goaltender who was in the same development path as the [Mikko] Koskinen who went in the second round. Simili is a big goalie and he’s also in the same development path as the Predators’ Pekka Rinne." 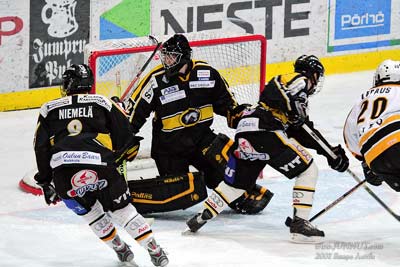 The ISS Scouting Report on Cichy says he has quick feet and a nice burst of speed out when breaking out of defensive zone. Shows excellent vision and passing skills. A tenacious attacker he has a good overall skill set. Good on ice instincts and anticipation enables him to be both in the middle of the play and making plays at the same time. Was tops in USHL scoring during playoffs - 25 pts in 13 games - in leading the Indiana Ice to USHL Championship. Originally selected by Halifax in the 3rd Round of the 2006 QMJHL Draft, Cichy chose NCAA route and will play next season at the University of North Datoka. Cichy had 76 points in 56 games.

Cichy's also good friends with Danny Kristo, as they were teammates at the World Junior ‘A’ Challenge and the U-17's. The pair played on the same line, and will be teammates at ND next year.