For Many Like Adam Roach, Hockey Is Simply Act One 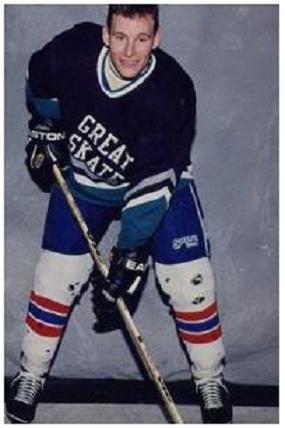 One of the greatest things about the game of hockey often are the stories told that come from playing the game. NHL oldtimers attest that after retirement, beyond missing the games and competition, it is often the closeness of the boys club they miss the most. Regardless of the level of hockey play, what comes along with the game is an almost irreplacable sort of comraderie, one so unique and ingrained into that particular psyche, that it is hard to explain to those who have not partaken in it. Having recently read a book on such - Oldtimers, by Gary Mason - the testimonies as to why former NHL stars and fringe players get involved in Oldtimers tours is just that - not money, perhaps glory - but that void left from the comraderie of the boys club.

Everyone who has played hockey, has had glory days. Mine were more attached to a decade of coaching teenagers than playing th game itself, but I do miss them greatly. Each summer I contemplate diving back in. I'll do it one of these years.

What follows here is not a Montreal Canadiens or an NHL tale. This story is on a hockey fan / pickup hockey player level. It kind of tucks into what many of us never went beyond - our house league hockey glory days. Just like the NHLer's we worship, we have our tales to tell as well. This one of mine, startlingly came out of left field. I hope you enjoy it, and feel free - please - to share your similar memories and comments.

Hey, did I ever tell about the time I coached a kid that went on to play in the British hockey system in the English Ice Hockey Association?

Of course I couldn't have, because I did not learn about all this until about three months ago. And I was pretty freaked too- for a number of reasons!

The story I am about to tell, helped make a forgettable weekend a hell of a lot better.