Share All sharing options for: Habs Beat Leafs In Lacrosse 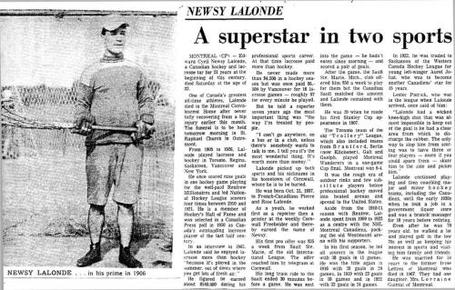 Perhaps mainly older fans of the Canadiens - older than I - would know that in the Canadiens first half century, many of their players excellent in other sports. Doug Harvey was reputedly so good at baseball, he could have turned pro. John Ferguson once considered a challenge to step in a boxing ring with George Chuvalo, but was overuled by Sam Pollock. Marcel Bonin once wrestled bears and Larry Robinson played polo. 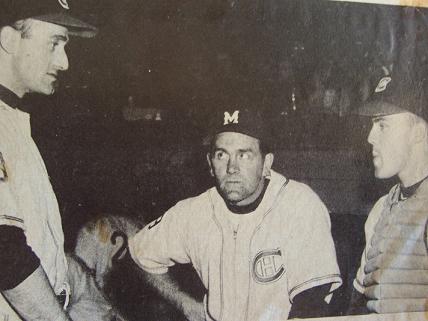 Lacrosse, perhaps better than any other sport, combines the skill, agility, flow and toughness of hockey.

From where I live in Cornwall, the sport is best associated with native people, but it would be a stretch to suggest I know a whole lot about the game, because I know very little. I see lacrosse and I see a ball instead of a puck, sticks in the air instead of on the playing surface, which is moved across minus skates.

I do know that you have to be one tough bugger to play it, which might be why I lost interest in the sport as soon as I learned I could not pass the ball back and forth, never mind trying to do it while being chased and hit.