Is This The Year? Could Sidney Crosby Be Days Away From His First Stanley Cup Win?

Share All sharing options for: Is This The Year? Could Sidney Crosby Be Days Away From His First Stanley Cup Win? 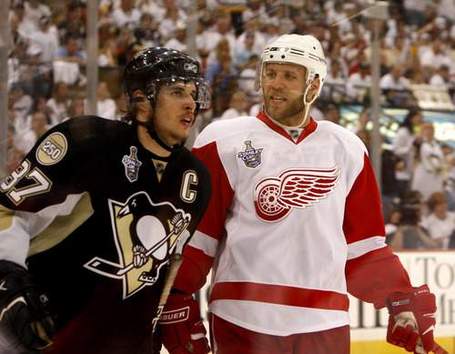 Don't even tell me that it bores you that the same two teams have qualified for the Stanley Cup battle two years in succession because, not only has it rarely happened, try your best to envision a possibly higher drama.

Often, when it comes to fans who are not neccessarily cheering for either team in the final, people often hope for different clubs making it year after year. Myself, I like the setup of a challenger having to win the Cup away from its present holder.

In that regard, what could be more enticing a scenario than the Cup holders defending their claim in a rematch against a team of up and comers, ready to challenge for Stanley a second year running?