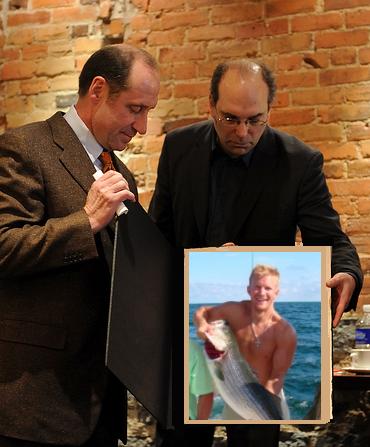 Marc Antoine Godin of La Presse caught up with Canadiens GM Bob Gainey at the draft prospects combine in Toronto this week and reports that it is in fact the ownership issue of the club that is holding up the signing of a new coach and players to contracts.

Gainey has been awfully discreet since the Canadiens elimination a month ago. He was in Toronto yesterday, along with 29 other general managers interviewing players for the upcoming draft. Gainey said that he does not foresee making any big announcements any time soon, particularly concerning the team'snext coach.

"I have a list of names and there's people I have been in contact with, but at this time the focus is on the sale of the team", Gainey indicated, adding that he had the sentiment of still having free hands on all matters.

In tying the hiring of a new coach to a change in ownership, Gainey explained his next steps forward in that area. While making clear that the sale was not "indirectly" influencing his daily activities, he clarified that "we've been told to go about our work as we normally would".

"But I am conscious of the the fact that once a new owner is at the top of the pyramid, that there could be a change in the direction of the team. When the Gilletts were there, they had full understanding of how things evolved and our way of going about things."

When Gainey was asked about the potential sale of the club he said, "It is my understanding that there will be new owners."

If there is uncertainty at the top of the Habs hierarchy, there is as much revolving around the players on the team. It's a tough puzzle to piece together, and Gainey admits that sometimes he sees the glass as half full, other times half empty.

"The uncertainty goes both ways. There are days when I have the impression that there are many holes to fill on the team and others where I see lots of opportunity."

Of the team's 10 free agents on July 1, Gainey offers that talks are not in advanced stages with any of the players.

"I have been in contact with all the players, but there have not been any contract discussions at this point in time. We know which players are our priorities, but that does not necessarily mean that we will be able to resign those players.

If you think time is running out on the Canadiens, others do not share that opinion. One player agent in attendance stated that "the Canadiens have lots of time to settle those questions."

"We are well aware of our needs, what holes need to be filled, and which players could come into the picture", Gainey continued. "The one area we are not concerned with is in goal, but there is a need for defensemen and forwards - and many."

Money will definitely come into play - one only has to consider the Mike Komisarek and Alex Tanguay scenarios - but according to Gainey, once the first player is signed, all others will follow.

The Habs GM disagrees with those who believe that after the rollercoaster season the club endured that it will be more than difficult to attract free agents.

"The fans in Montreal are devastated, but one has to remember than 14 other teams did not play in the post season, seven others were eliminated along with us in the first round, and as it stands there are only two teams left alive in the hunt."

"It is time now to look towards next season, and in my mind, Montreal is still a great city to play in."

"The important thing is that a player must fit in. A bad fit always catches up to a team somewhere down the road."