Share All sharing options for: Doug Gilmour: A Habs Captain Without The "C" In 2002 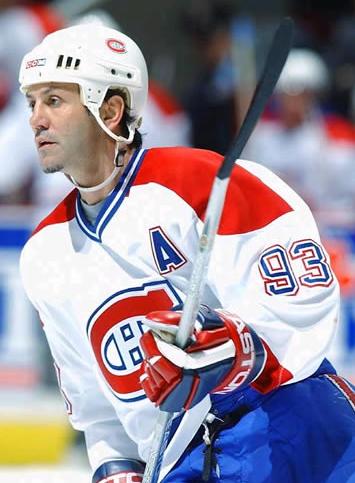 Soon to be Hall Of Famer Doug Gilmour is best known as one of the greatest players in Toronto Maple Leafs history. I fell in love with the player that he was some 29 years ago, when he joined my hometown Cornwall Royals. I remember watching him closely, (you couldn't really take your eyes off him, you'd miss something) and thinking, "Jeez, it must be a pain in the ass to play against this guy!"

As he made his way through a stellar NHL career, I could only dream that he would one day play for the Habs.

I met Dougie once. He was a Chicago Blackhawk at the time, in Cornwall to help promote a Royals alumni reunion in the summer of 2000. I confessed to him, that although I was a long time admirer, I was also a Habs fan. I mentioned that I was thankful for the Mem Cup wins, but still pissed at him for Calgary beating the Canadiens in 1989. I recall telling Gilmour that I felt he was robbed of the Conn Smythe Trophy that year, but Dougie stated that no Flame deserved it more than Al McInnis. We chatted on and off for the better part of the evening. 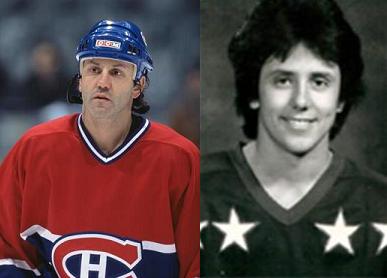 Along the way, I almost got into an argument with Gilmour. My friend Shaun - likely liquored up good as it was his birthday - started comparing Killer to other NHL'ers. Not a bright idea, especially since my boozed buddy was way off the mark. I tossed the name of Esa Tikkanen into the mix, and received a profanity laced snarl from Doug, backed by the meanest threatening glare I'd ever seen come in my direction. Gilmour, it was obvious, hated Tikkanen with a passion. For some reason (drunk, too), I didn't immediately back off. I offered that all the elements of Tikkanen's game that served to irritate opponants, were present and surpassed in skill and application by what Dougie brought to the rink.

I gather he accepted my response. He bought us a round and invited us over to his pool table. I'll never live long enough to forget Gilmour's eyes, as he lined up and sunk shot after shot.