Maybe In Rubles Alex!: Kovalev Rumoured To Have Been Offered The Moon By Habs

Share All sharing options for: Maybe In Rubles Alex!: Kovalev Rumoured To Have Been Offered The Moon By Habs 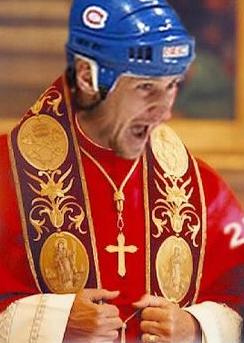 I like Alex Kovalev and all, despite all his eccentricities, esotericisms and enigmatism, and I sincerely hope the Canadiens bring him back in 2009-10, but at 6 millions bucks for one season - I'll take a flyer on this whole deal.

Also, why either side would even consider just a one season contract, makes little sense for a soon to be 37 year old player. 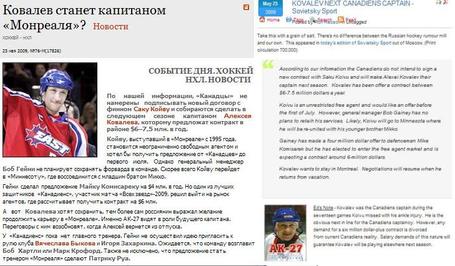 The headline story announces Kovalev has been offered the Canadiens captaincy as well.

Really? The only captaincy the Habs can offer him is that of a boat to go along with his plane. The captaincy of the Habs has never been negotiable - it's been traditionally voted on by the players.

Logic by the shitload says that this latest blurb from Sovetsky Sport has all the credibility of Bruce Garrioch on speed. Here is what it looks like, with a Google translation below: 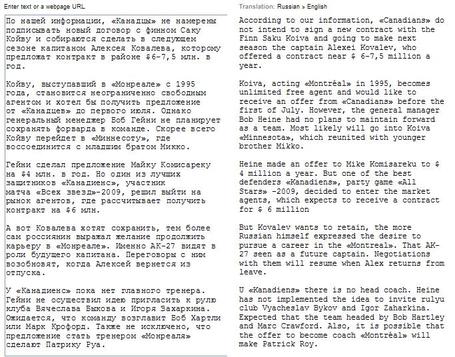 Now in order to disseminate a little fact from fiction here, Kovalev has stated at this past season's end that he would like to return to Montreal, and that he is not interested in hand picking a potential Cup aspirant to be a virtual rent a player with. Kovalev's word was that he'd prefer the challenge presented by remaining a Canadien.

Koivu, for his part, mentioned that he would accept an offer from the Canadiens if it were fair to him, if not, he would then begin to look elsewhere on July 1.

Seeing as the Canadiens ownership is about two weeks from being settled, it is extremely doubtful the Canadiens are negotiating with any of their RFA assets at present. Perhaps, at best, there is some groundwork being laid to find out ball park figures and terms of players, but it is highly doubtful - read: reckless - that an offer of that size would be put forth at this stage, with everything that attaches to it.

Pretty safe to suggest that this rumour can be filed under бык дерьмо.