Share All sharing options for: Russian Prospect Looking To Join Habs in 2009-10 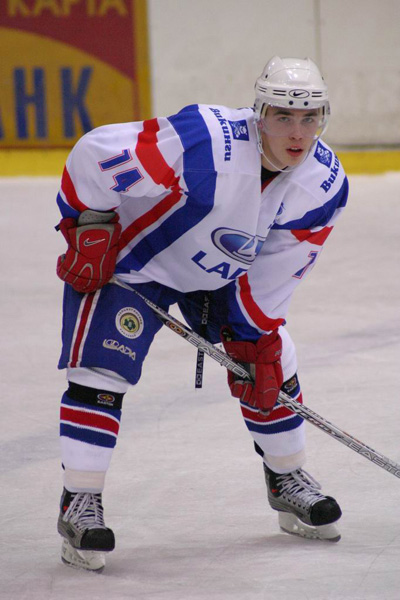 So, have you had enough Habs rumours lately!

A french speaking Russian as coach?

Schreikmeister Celine Dion as an owner?

The lucridous trading of Carey Price to Philly?

Okay, I made that last one up myself!

After all that, how about a snippet of reality?

According to RDS - who have a better batting average than La Presse when it comes to sniffing out bullshit - defenseman Alexei Yemelin has his eyes on the NHL next season.

The RDS piece is shorter than the Habs playoff stint, so here's a quick translate.

The Canadiens are negotiating with defenseman Alexei Yemelin in order for him to play in Montreal as soon as next season. A third round draft pick, 84th overall in 2004, Yemelin confirmed the news with Sovetsky Sport. The six foot tall defender has not scored a goal in two regular seasons with AK Bars Kazan. In 107 career games, Yemelin has 7 assists, while spending 181 minutes in the sin bin. The KHL'er finally hit the back of the net - just once - in his team's recent playoff series. Yemelin represented Russia in the 2007 World Championships, scoring three points and coming out at +4 in nine tournament games.

Yemelin has been billed as a nasty customer, but don't expect him to be the second coming of Chris Chelios. I've had a chance to watch him play four or five times in International games, and he's so stay at home, his nickname should be "Hermit".

The upside on him is that his reputation for being mean precedes him. In a few short seasons, he has been involved in enough incidents that he is often described as a feared defender.

Hockey Future's line on him three seasons ago reads:

The hard hitting defenseman came on strong late in the 2003-04 season in the High League (Russia 2), as well as with the Russian U18 National Team. Played in the Upper league as a 17-year-old, where he racked up the penalty minutes.

The Russian Prospects site has a translated interview with Yemelin here.