Jesse Winchester Would Rather Be A Hab

Share All sharing options for: Jesse Winchester Would Rather Be A Hab 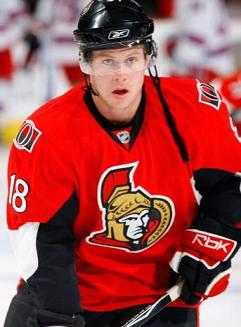 Ottawa Senator's forward Jesse Winchester has been a busy man around Cornwall of late. Born in nearby Long Sault, Winchester has signed on to help out with the Cornwall Arena 3 + 1 project and today the Ottawa forward was at Holy Trinity Catholic Secondary School - which my daughter attends, for a fundraiser for a planned field trip.

Pretty cool when you can get an NHL player to come to your high school and help out!

Having Winchester help out wasn't such a stretch, his father Steve teaches at the the school, which brings a certain noteriety to the father's standing for the kids. Apparently, Mr. Winchester is a die hard Habs fan. Word is he has even had a Habs flag on his car, up until Jesse signed with Ottawa a little over a year ago.

Turns out the apple doesn't fall far from the tree!

Winchester was doing a meet and greet at the school today, signing autographs and taking questions from the kids. Cornwall is a town of split NHL allegiances, where the Habs and Leafs fans divide the spills at about 90%, with the Sens getting the leftovers. It wasn't much of a left field question when Winchester was asked by one kid if he would ever want to play for the Leafs.

Winchester didn't hesitate, "I'd much rather play for the Habs!"

The response drew a generous cheer from those gathering in the gymnasium. 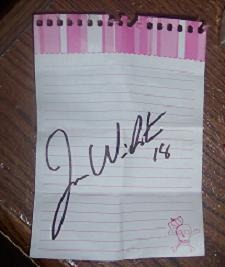 The most recent Cornwallite to dress for the Canadiens was Chad Kilger, whose father is mayor of the city. Kilger has slipped off the face of the earth in the past 18 months, after four seasons in Toronto and four with Montreal.

Winchester, a former Colgate U Red Raiders captain is a hard working and persevering player, very dedicated to carving out an NHL career. He'd love being a Hab one day. Folks around here would enjoy it too.

I wonder if Winchester was asked, if he'd say he preferred the Canadiens to Senators. Maybe that question's already been answered.