Share All sharing options for: The First 20 Seasons Of The Montreal Canadiens Documented In Great Detail

Readers familiar to Eyes On The Prize through its first four years online will know that a good part of the site's appeal is that it seeks to share the glory and amazement that is Montreal Canadiens history. Along with detailing, commenting, and analyzing current events and future hopes, much of the focus of this space has to do with translating events of the past towards present and future tenses.

During a long 82 game season, that's not always be apparent here. Between a season's games, I try slipping in as much backwards glancing as I can, but it's often scheduling that determines how much. As current events involving the club take precedence, the historical often takes a backseat. In paying due diligence to the present during the season, the off - season tends to be when I have the time to explore the past more thoroughly.

Last summer, I began documenting the Canadiens first 100 seasons. Naive me - I initially thought I could wrap it all up by the drop of the puck in October 2008! Yup! - a summation of 100 hockey seasons in, oh.... six short months research. Call me the poster boy for "Bit Off More Than You Can Chew".

Soon, I realized, it was more important for me to get it right, than to get it down. I wanted as much information packed into each season, with perspective, as I could. I wanted it to be something that a fanatic of hockey like me, would consider a goldmine. Individual season posts grew longer and more detailed, as more resources came forth.

My goal of 100 seasons were delivered a reality check of sorts, once I came across the wealth of information available on the Canadiens history online. Admittedly, a great deal of the research I hope to pass on, is not all my work, but I maintained that I wanted to pass it all along to readers, in a cohesive fashion.

After posting the first 20 seasons from 1909-10 to 1929-30, the site moved here to Sports Blog Nation, and all past files were brought along. In migrating them, the presentation became a bit messed, as text went left, and photos went south - it looked like a jumble. Links to those seasons were posted in the sidebar, but I wanted the time to fix them up before adding more seasons to it. As it stands, I have written recaps up until 1942, with more to come. Hopefully this summer will see the additions bring things up to the mid 1950's, but I've learned my lesson.

This past week, I spent a great deal of time making the first 20 seasons more presentable. More than a few of them have been updated in the process. Each individual season will be re-posted in chronological order shortly, at which time the new pieces will be blended in where 1929-30 leaves off.

I hope that you enjoy the work.

Here are the updated links to the first 20 seasons. 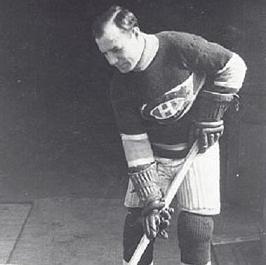