Share All sharing options for: Canadiens Call Up Yannick Weber From Bulldogs 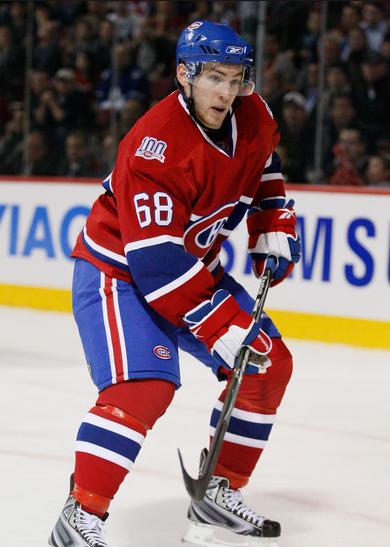 Montreal Canadiens General Manager Bob Gainey announced today that defenceman Yannick Weber has been recalled to Montreal from the Hamilton Bulldogs of the AHL while defenceman Doug Janik has been assigned to the Bulldogs from the Canadiens. It is expected that Weber will dress for Thursday game in Boston.

Weber, 20, played his first NHL game this year with the Canadiens on January 8th, 2009 in a 6-2 against the Toronto Maple Leafs. He recorded no points during 15 minutes of icetime, including 5:58 on the powerplay. Weber was credited with two shots on goal, three blocked shots and one missed shot, while receiving one minor penalty. 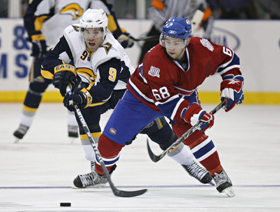 The 5 foot 10, 195 pound defenceman leads all Bulldogs defencemen in points with 44 (16 goals, 28 assists) while earning 42 penalty minutes in 68 games with Hamilton this season. The Morges, Switzerland native was named to the starting lineup for Planet USA at the 2009 AHL All Star Classic and was voted to the 2008-09 AHL All Rookie Team.

Last season, he reached the Memorial Cup final with the Kitchener Rangers of the Ontario Hockey League and also represented his native Switzerland at the 2008 World Junior Championships. Weber was drafted in the 3rd round, 73rd overall by Montreal in the 2007 NHL Entry Draft.

Here are two interesting links on Weber from Hockey Future and a training camp article from Le Devoir.