Share All sharing options for: Who Is The Canadiens Unsung Hero for 2008-09? 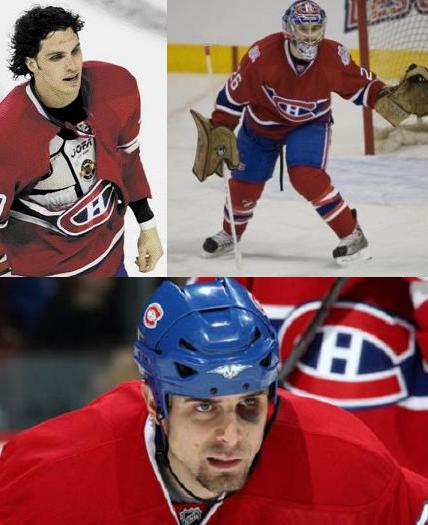 There was an RDS poll during last night's Habs and Leafs tilt asking fans to vote for who they though should win the Jacques Beauchamps Trophy, awarded to what is essentially the Canadiens unsung hero for the season.

Lapierre walloped the competition taking 84% of the vote. Kostopoulos and Gorges, equally worthy contributors, took 8% and 6% crumbs in the somewhat loaded proposition.

Lapierre has had what amounts to a breakout season. Call him overqualified for unsung hero status.

In looking for a player erased from the headlines, who has been indispensible to the Canadiens standing this season, one needs to look no further than Jaroslav Halak. 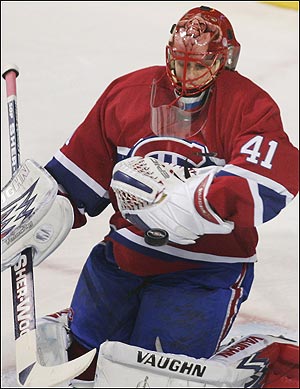 In what hasn't always amounted to a backup role while Carey Price floundered, Halak has posted more than respectable totals. There is a won loss record of 18-13-1-1, a GAA of 2.85, and a save percentage of .916.

While he's been shaky at times, Halak has turned out to be a very dependable backup for Montreal. So reliable has he been, that the Canadiens wouldn't hesitate to run with him come playoff time should Price faulter once more.

Most importantly, Halak saved the Habs butts in February and March, stringing four solid wins in games where the clubs were badly outshot. Each game had Halak facing over 40 shots per game while the team desperately struggled to find itself.

Late in February, he made 44 saves in a game against Ottawa, that helped the club begin a four game win streak to close out the month.

Next up was a 3-0 Bell Centre shutout of the Vancouver Canucks, that was quite spectacular. He stopped all 34 of the Canucks shots that night. That was followed by a 4-3 overtime win against Philadelphia. Halak's piece de resistance was a 45 save performance the following night, wherin the Canadiens somehow managed to rise from the mire and morass to defeat the league's best team, San Jose, in a hang on nailbitter, 3-2.

Earlier in February, Halak stopped 46 of 48 shots against the cellar dwelling Colorado Avalanche to carry the Canadiens to a 4-2 win.

Asking yourself where the Canadiens would be presently without Halak's highwire performances answers the question fully.

Halak is the Canadiens unsung hero of 2009. There is no other even close!

Past winners of the Jacques Beauchamps Trophy have included Mark Streit twice, Steve Begin and Francis Bouillon in recent seasons, and mutli winners Mark Recchi, Mike McPhee and Craig Ludwig in earlier seasons. No goaltenders have ever won the award.

Below is a chart of all time winners courtesy of GoHabs.com.

Jacques Beauchamps is the late sports editor of Journal de Montreal, Not only was Beauchamps an outstanding journalist, but he was a true die hard hockey fanatic. A former collegiate goalie himself, he often donned the pads and practiced with the Habs at the Forum in the Jacques plante era. 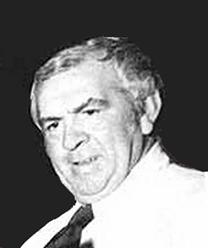 One story has it, that on the evening where Plante wore a mask for the first time, Beauchamps was on the road in New York covering the team. When Plante was knocked out of the game with a shot to the face, GM Frank Selke, unsure of whether he'd allow Plante back in, had Beauchamps dress up just in case. It became an inside media tale that Beauchamps considered himself Plante's backup.

Beauchamps was inducted into the Hockey Hall Of Fame in 1984, four years before his passing.

More on Beauchamps at links here and here.