Canadiens Inch Closer To Playoffs With Win Over Leafs

Share All sharing options for: Canadiens Inch Closer To Playoffs With Win Over Leafs 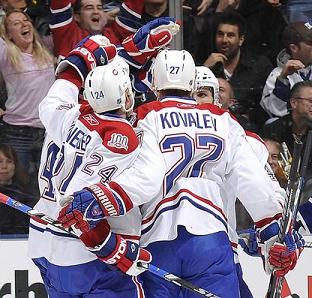 Here's the deal Habs fans - a loss by the Florida Panthers on Sunday combined with a win by Montreal over Ottawa on Monday, and the Canadiens are in the playoffs. The Panthers play the Penguins, who can themselves clinch a playoff spot with a win, so chances are the Montreal Canadiens are as good as in the 2009 playoff picture.

In the pregame, Joel Bouchard on RDS was talking about the effect of placing Kovalev, Koivu and Tanguay together, and mentioned that teams usually don't put all their eggs in one basket unless they want to make one bigass omelette. Should this line deserve a nickname, that's a good enough one for me.

Big Omelette line, or the FAFU line, or whatever one chooses to call them, lead the way again for Montreal, with now regular contributions coming from Lapierre and Latendresse.

Much credit has been awarded to Tanguay for the Canadiens free agent trio playing so well. He has adapted his game to his linemates strengths and has played a more physical role in fighting for the puck. 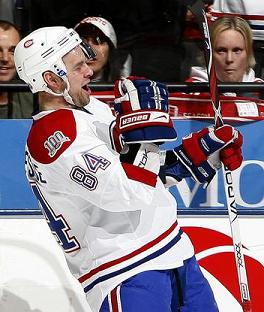 The simple truth is that all three players have perked up, especially Kovalev, who has 15 points in his last six games. It has always been said about Kovalev that if talent equal to him were to surround him, his game would go to another level. That notion is being wholly justified at present, because I believe Kovalev to be playing perhaps his best hockey in Montreal during this short stretch.

Kovalev will say that he has his eyes on the playoffs, but as I see it, he's also geared on making sure he returns to Montreal next season. He will always have his dips and doodles, but imagining the Habs without him is downright scary.

Kovalev's powerplay zinger - a wicked top corner wrister - set the tone for this game six minutes into the first period. Coming straight off the bench to the crease, Latendresse made it 2-0 shortly after. By the nine minute mark of the middle frame, the Canadiens were up 4-0, on goals by Tanguay and Higgins, and they headed for cruise control. 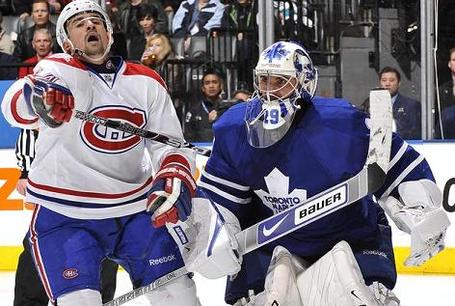 If there was an element to dislike about this Canadiens effort, it has to with Toronto outshooting them 26-14 over the final 40 minutes. This is where the Canadiens should be excercising ziplock, airtight defense or trying to pad their lead. Instead, the feared a cheapshot game was heading their way, and chose the path of most resistance.

The win appears at first glance to have been a costly one for Montreal, with defensemen Andrei Markov and Mathieu Schneider having been knocked out of the game with what looked to be shoulder injuries.

Perhaps it was due to the loss of Schneider early in the second period that caused the influx of Leafs shots on goal. 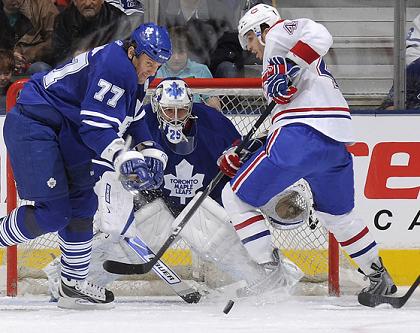 After the game, coach Gainey stated that neither the Marov or Schneider cases seem to be serious at the onset, and that their removal from the game was precautionary. He said that both should be in the lineup on Monday against Ottawa.

Six games between the Canadiens and Leafs this season, and not a close one among them. Not a single one goal game, nary a two goal win, just six one sided games. Montreal has won three games by scores of 6-1, 6-2, and 6-2, and Toronto has taken the other three by scores of 6-3, 5-2, and 5-2. Montreal has outscored the Leafs 25-21 in those game for the ones who think such things matter.

I've often remarked that Saturday night games against the Leafs always have their share of twilight zone moments. In such games, the officiating has a tendency to display a fair share of incompetance, and this game was full of them.

Imagine a George Laraque fight, in which he bloodies his oponant's nostrils and gets jumped by a third man in. All three players get assessed two minute roughing calls leading to a Canadiens powerplay. 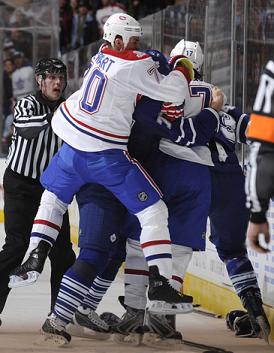 Imagine Guillaume Latendresse intercepting a loose puck and outracing two Toronto defenseman to the net. Folks who think Latendresse skates in quicksand must've thought they were hallucinating! Latendresse breaks in alone on Martin Gerber, gets his shot off while being hooked, and is awarded a penalty shot.

Imagine that Leafs goalie Gerber gets bumped and interfered with three times on the same play that results in a goal with no call being made.

Imagine a fairly harmless Mikhail Grabavski hit (is there any other kind?) that somehow crumples Markov. Grabovski, who hits Markov two feet from the boards, is then called for boarding and then roughing when he gets into it with Mathieu Dandenault, of all the defenders. The always tempestuous Grabovski somehow earns himself a ten minute misconduct in the kerfuffle. 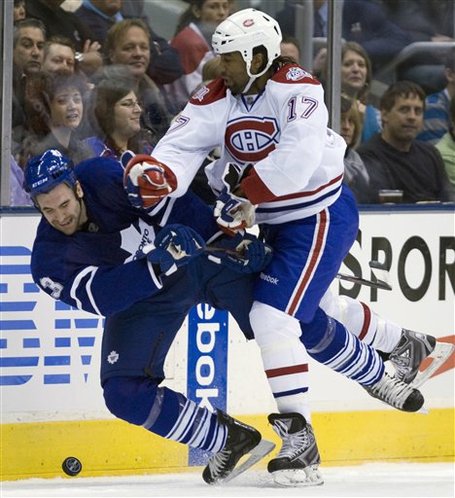 These strange calls have actually become the norm in games between these two, but they tended to tilt in Montreal's favour in this one. Perhaps past indiscretions by Gerber and Grabovski caused officials to be a bit less forgiving - who's to say.

With this win, the Habs have now opened up a five point lead over Florida with each team having four games to play. The Canadiens are also three points up on the eighth place Rangers, who have one game less to play. Montreal plays in New York on Tuesday, in a game very crucial to the Rangers' fate. 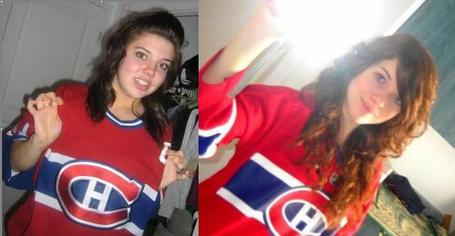 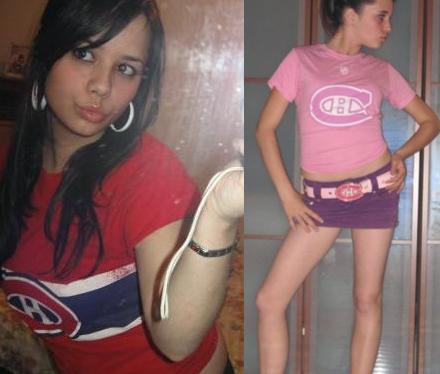 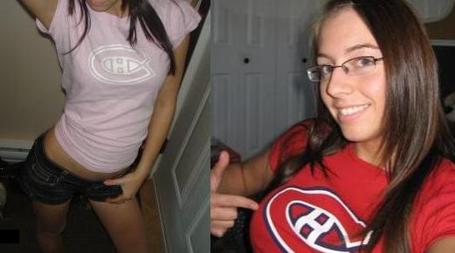 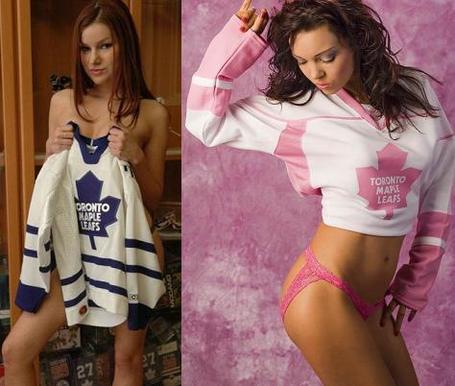